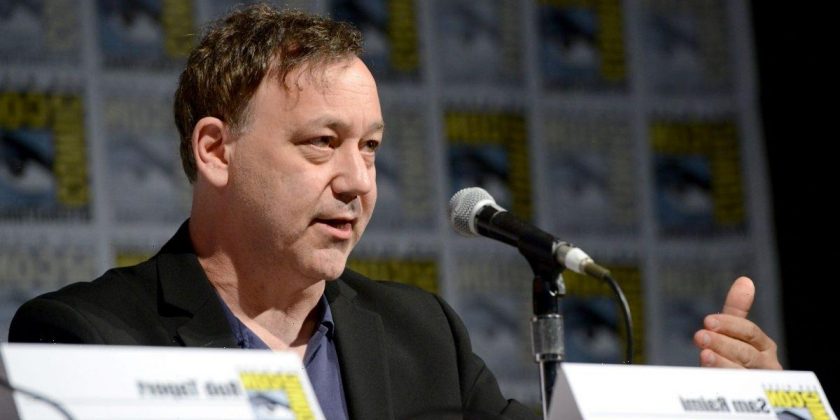 Doctor Strange 2 promises to be wildly different from the rest of the Marvel Cinematic Universe, mostly thanks to director Sam Raimi. Raimi, who previously directed the original Spider-Man trilogy with Tobey Maguire, is known for his unique directorial style. But since Raimi hasn’t delved into the superhero would since Spider-Man 3, Marvel Studios president Kevin Feige was confident he wouldn’t say yes to directing the Doctor Strange sequel.

During an interview with Empire for their latest issue, Kevin Feige discussed the Doctor Strange sequel and getting Sam Raimi to direct it.

“Our executive producer, Eric Carroll, and Richie Palmer [producer] were calling around to see who was interested, and Sam’s agent said, ‘What about Sam Raimi?’” Feige shared. “We thought, ‘That would be incredible, but there’s no chance of that.’ But he wanted to come in and meet. And in the first meeting, it was amazing to reconnect with him and see his enthusiasm to jump back into this world.”

Raimi hadn’t directed a superhero film since Spider-Man 3 in 2007. But he also hadn’t directed a movie in general since 2013, when he helmed Oz the Great and Powerful. Raimi was more focused on producing and delving into the world of television. So Feige didn’t think Raimi would want to return to directing after so many years away from it. Thankfully, he was wrong, and Raimi agreed to direct Doctor Strange 2, which premieres in 2022.

“I have missed directing,” Raimi told Empire. “It’s really the only thing I know how to do. I couldn’t be a stockbroker or a banker or a plumber, and I’m thrilled to be working with my old friend Kevin Feige.”

Although Sam Raimi eventually agreed to be a part of Doctor Strange 2, the director had some hesitancy to jump back into the superhero world.

“I didn’t know that I could face it again because it was so awful, having been the director of Spider-Man 3,” he said in an interview with Collider. “The internet was getting revved up and people disliked that movie, and they sure let me know about it. So, it was difficult to take back on.”

Raimi added, “But then, I found out that there was an opening on Doctor Strange 2. My agent called me and said, ‘They’re looking for a director at Marvel for this movie, and your name came up. Would you be interested?’ And I thought, ‘I wonder if I could still do it.’ They’re really demanding, those types of pictures. And I felt, ‘Well, that’s reason enough.’”

“I’ve always really liked the character of Doctor Strange,” the director concluded. “He was not my favorite, but he was right up there with the favorites. I loved the first movie. I thought [director] Scott Derrickson did a wonderful job, an incredible job. So, I said, ‘Yeah.’ They left the character in a great place. I didn’t think I would be doing another superhero movie. It just happened.”

Kevin Feige teases the tone of the upcoming MCU film

“We want it to be a Sam Raimi movie,” Feige said. “We would give notes like, ‘This action is cool — you’re competing with Avengers and Spider-Man, no problem — but don’t forget the Sam Raimi parts.’ You will see just how Sam Raimi it is, in ways that will make fans of Evil Dead II very happy.”

The Doctor Strange 2 trailer already teased the horror elements and unique camerawork that define a Sam Raimi project. And fans can’t be more excited to see the director’s take on this corner of the MCU.

Doctor Strange in the Multiverse of Madness premieres exclusively in theaters on May 6.