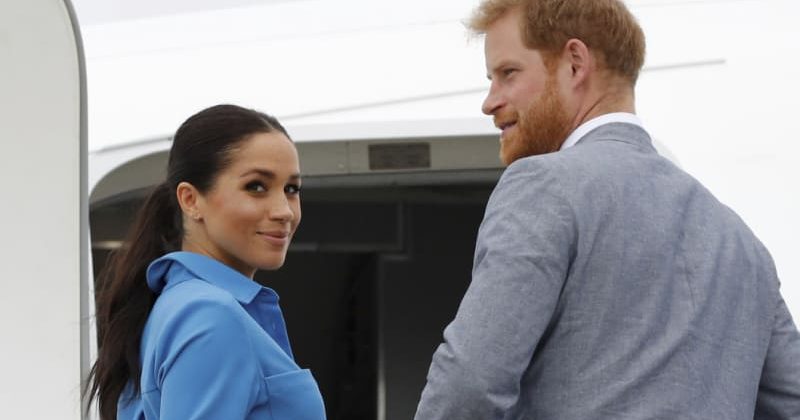 When Kensington Palace issued a statement about the Duke and Duchess of Sussex expecting a child, it was only a matter of time before things got complicated.

Meghan’s mum, Doria Ragland, was said to be “very happy about the lovely news and she looks forward to welcoming her first grandchild." But Meghan’s Dad Thomas Markle was reportedly another story. 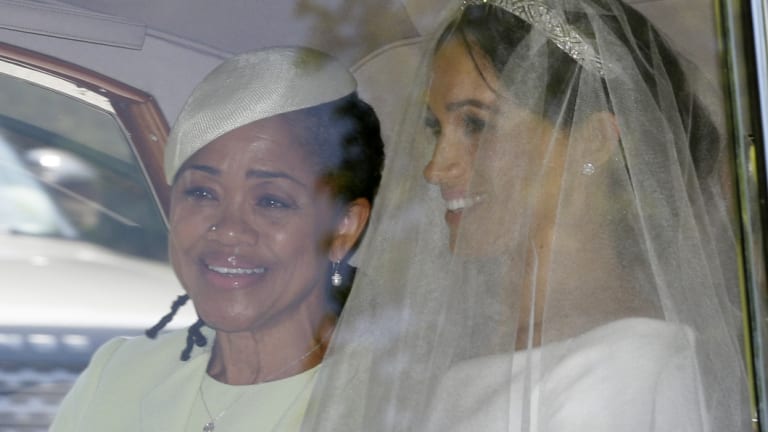 Meghan Markle, right, and her mother Doria Ragland, who is said to be delighted about the arrival of her grandchild.Credit:AP

Mr Markle was said in the UK press to be upset because his name was omitted from the official statement. Everyone in Harry’s family snagged a mention.

According to some media reports, Mr Markle found out about his daughter’s pregnancy on the car radio.

Given some of Thomas Markle’s behaviour has caused red faces for his daughter and by extension her in-laws (staging paparazzi photos for one) it’s not surprising that the Duke and Duchess may wish to keep him at a distance.

Thomas Markle reportedly responded to his exclusion by threatening legal action, claiming that he has a “right” to see his grandchild.

Now, we need to be cautious here because the report was from an “unnamed source” in The Mirror. For everyone involved, let’s hope it’s not true.

But it wouldn’t be the first time a grandfather has claimed a “right” to a grandchild the way a farmer might claim ownership of his sheep’s lamb.

Amongst my own circle of commoner friends, I know of grandparents pulling this kind of move. A grandfather  I know of thinks he’s entitled to see his grandchildren even though he acts abominably to his own children.

The notion that children and, by extension, grandchildren, are nothing more than the property of the patriarch, to which he has natural rights of access, is bad enough, but there’s the also the appalling view that his “rights” take precedence over all others.

In this view, the rights of grandparents effectively trump the parent’s rights to parent their child, which includes, at least in the case of young children, deciding who they spend time with. 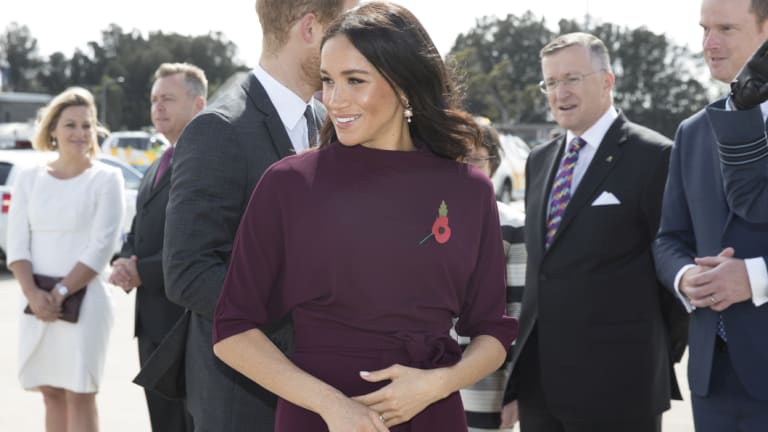 The Duchess of Sussex will need to navigate grandparental access to her impending baby, just like the rest of us.Credit:Fiarfax Media

What does the law actually say when it comes to the rights of grandparents? Can a grandparent insist on access to a child over the wishes of the parent?

“Each case is decided on the basis of what is in the best interests of children,” says Counsel.

“The extent to which [grandparents] may be able to be legally involved in their grandkids’ lives will very much depend on the nature of their relationship”.

There are many degrees of involvement by grandparents, she says, ranging from sending $5.00 once a year in a birthday card from afar, to providing daily care of their grandchildren.

A grandparent who has done little more than cough up for a birthday card once a year is unlikely to establish their credentials as someone who could seek a “live with” or “spend time with” order.

“The actively engaged grandparent can seek orders that provide time with their grandkids if they’ve been shut out post separation of the parents, however their time with the grandkids will rank further down the line after the parents”, says Counsel.

“Children have the right to grow up knowing and being cared for by their parents. So grandparents may come in second place after the parents. But not always.”

There is no doubt that good grandparents play a valuable role in kids’ lives.

Reasons such as divorce, death, family relocation, and estrangement between the grandparent and the parent can mean that previously-involved grandparents can lose access to their grandkids when they possibly shouldn’t.

But sometimes parents have very good reasons for wanting to keep grandparents at a distance from their kids. Treating a child like property you’re entitled to, as something to own and access, might be one of those reasons.