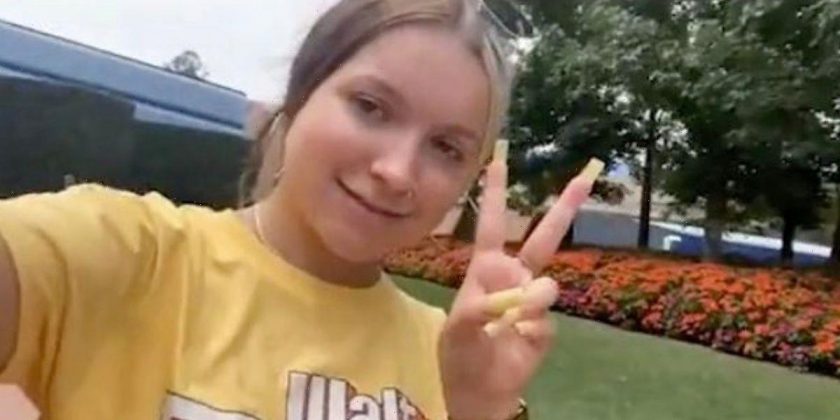 A young woman visiting Disney World with her family was horrified when staff allegedly said her clothing was "inappropriate" and made her get changed.

In a viral TikTok video, Alyssa Schueller, 22, said she was wearing a halterneck black dress that bared some of her midriff and chest at Walt Disney World Resort in Florida.

She was at the resort's Epcot theme park when she was singled out by staff, she said.

In the video, which has been watched nearly 4 million times, the holidaymaker shows herself being escorted to the gift shop where a staff member appears to pay for a yellow T-shirt she can cover up with, using gift cards.

Alyssa was miffed by the way she was treated and, in the comments below the video, claimed the dress code was not enforced throughout the whole resort.

She wrote: "I was at Animal Kingdom all morning without an issue. I went to Epcot and this happened

"I went back to Animal Kingdom and had no issue once again.

"If Disney wants to enforce a dress code then they need to do just that, but the inconsistency…please."

The yellow T-shirt matched perfectly with her nails and some people reckoned she got off quite lightly.

One viewer joked: "Girl you scammed Disney out of free merch, you should be proud."

Another person commented: "Why does it matter what she's wearing if she's paying a fortune just to get into the park anyways?"

Someone else, appearing to defend the bikini-style dress, said: "Wouldn't kids see the same thing if they went to the water park?"

But not everyone agreed and some people thought the park rules should be respected.

One said: "The comments are ridiculous. Disney is a private park it's their option if they want to place a dress code or not."

According to Disney World's website, "proper attire, including shoes and shirts, must be worn at all times" because of the “casual and family-oriented” environments of the theme parks.

It also says the theme park "reserves the right" to deny admission to or remove anyone who chooses not to abide by the dress code.

This includes “clothing which, by nature, exposes excessive portions of the skin that may be viewed as inappropriate for a family environment."

This comes after a Wetherspoon pub that turned away a woman wearing an underboob-baring top was bombarded with negative reviews in a backlash.