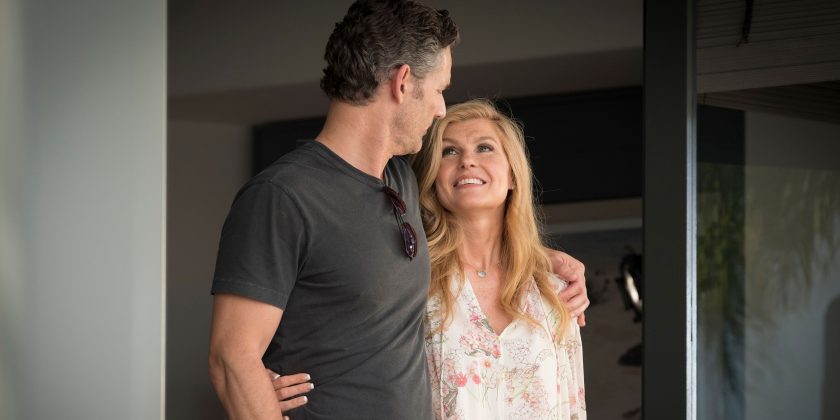 The easiest way to find out what will be coming to your TV screens next year is to check out your podcasts app right now.

Podcasts, especially the narrative kind, have taken off in earnest since the smash success of “Serial” in 2014, and they’re among the most popular formats to make the leap to TV. This year alone, podcast-based series have included ABC’s ill-fated “Alex, Inc.” to “Pod Save America” on HBO to Bravo’s latest scripted series, “Dirty John,” starring Connie Britton and Eric Bana.

Based on a podcast from the Los Angeles Times, “John” (Sunday, 10 EST/PST) is a fictionalized true-crime story of a con man who manipulated his way into the life of a successful businesswoman and wreaked havoc upon her family. The podcast is harrowing, each unbelievable twist and turn more surprising than the last. It seemed ripe for a TV adaptation from the moment it premiered, presenting a ready-made juicy, shocking story that would bring viewers back week after week.

As a miniseries, “John” is, essentially, a Lifetime Saturday night movie writ large, a cautionary tale about trust in the age of online dating and our innate desire for love. But there is little about the new version (or at least, the first three episodes made available for review) that adds to its source material. “John” is mostly the podcast with faces added to the voices. And while essentially filming the podcast with a big star like Britton is good enough to make a sordid story such as this entertaining, the result is somewhat hollow.

The more often podcasts get turned into TV shows, the more routes producers take to turn the auditory into the visual. Do you simply film a roundtable, like HBO has done with “2 Dope Queens” and “Pod Save America”? Do you take a great podcast about podcasting and turn it into the world’s worst show about the medium, as ABC did with Zach Braff’s “Alex, Inc.”? Do you mess with the visuals, as Amazon’s “Homecoming” did? Or do you just add some actors but keep everything the same, like “Dirty John” or Amazon’s “Lore”?