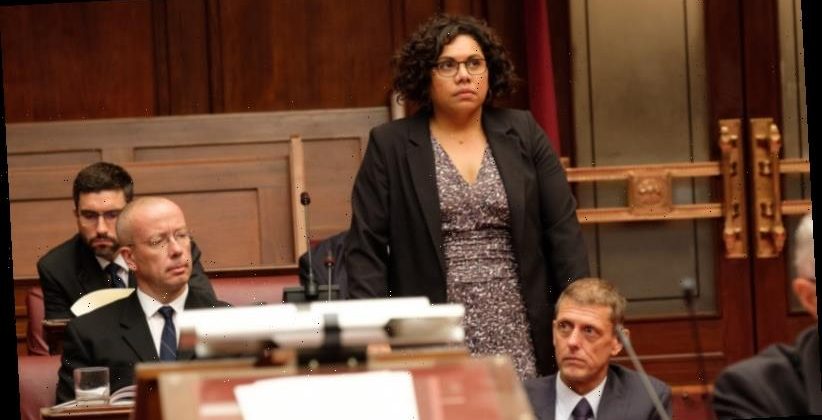 Deborah Mailman in a rage is a thing of beauty. We’ve seen the award-winning actor express a range of emotions in various characters throughout her career, but anger has not been her natural habitat.

That all changes in Total Control, a new political drama set to air on the ABC next week, directed by Rachel Perkins. Mailman plays Alex Irving, a feisty woman from outback Queensland who is drawn into federal parliament after a tragic event. The political world is a foreign domain; she soon realises she can trust no one. 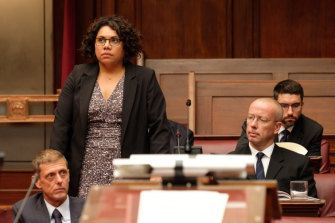 Remarkably, it’s Mailman’s first lead in a television series. The 47-year-old actor, who won hearts in The Sapphires and Offspring, is enamoured of the role.

“[Alex] is something completely different. I love her unfiltered sense of being in the world. She shoots from the hip, she doesn’t suffer fools and I really love that about her. She’s full of contradictions, she’s deeply flawed. And she’s just trying to get by in the extraordinary position that she’s in.”

Total Control is one of few contemporary political dramas to be made in Australia. Thus far the tendency has been towards historical dramas revisiting critical points in time.

Made by Blackfella Films, it revolves around politics and the behind-the-scenes machinations of the political parties. Central to the action is Mailman’s Indigenous senator and a female prime minister, played by Rachel Griffiths; the supporting cast includes Harry Richardson – best-known for his work on Poldark – William McInnes, Aaron Pedersen, Celia Ireland and Shantae Barnes Cowan. It is a story of our time and often takes its cues from reality. 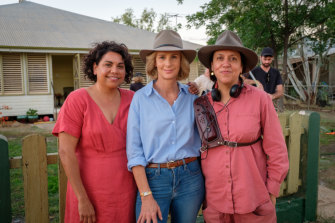 Director Rachel Perkins says it speaks to the #MeToo movement, the emancipation of women in politics and the broader question of equality. She and Mailman go way back, to 1998 when she starred in Perkins’ first feature, Radiance; then there was Bran Nue Dae, Mystery Road and Mabo. “There are very few things I’ve done without her,” says Perkins. 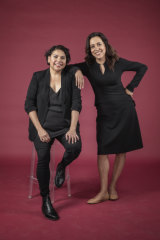 She can do anything, says Perkins. “The thing about Deb is now we have worked together so much, I know how she likes to work. She often does her best performance in the first take. So you have to have everything ready … And you go, ‘Off you go Mailbags’. I don’t try to suggest too much, her instincts are so good.”

For her part, Mailman loves working with Perkins. “It’s been a real blessing and a gift that we’ve both found opportunities to keep working with each other. It makes sense to me, over time you get more confident in your craft, to be working with someone like Rach, you end up having a shorthand,” she says. “We completely trust each other, we have a deep respect for one another.”

Perkins is no stranger to Canberra, having grown up there, thanks to her father’s work. Charles Perkins was a civil rights activist and later became the first Aboriginal to become the secretary of the Department of Aboriginal Affairs; he was also the chair of ATSIC.

This year’s federal election and the campaign that preceded it provided a timely backdrop to filming; some of what transpired you couldn’t have scripted. 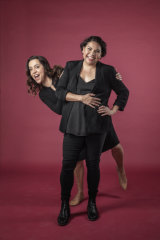 There’s not much I have done without her, says Perkins of Mailman.Credit:Louie Douvis

The show has several parallels with reality, particularly in terms of how women in politics have been treated in this country. It references the hate speech Nova Peris was subjected to, made possible in part through social media. “We know that Aboriginal women in politics and women in politics generally are threatened with all sorts of sexual abuse and violence,” says Perkins.

Other current issues explored include the emergence of niche special-interest groups, the deliberate destabilisation of politics via social media, and politics becoming more silo-based. On a macro level, it examines factional issues, wheeling and dealing, and Aboriginal politics, which Mailman’s character says “are far more complicated than anything you’ll find in Canberra”.

The filmmakers were allowed to film in old Parliament House and shot in the Senate, the corridors, the courtyard. “It just shows you how Australian democracy is quite open I think,” Perkins says. “I can’t imagine we would ever be able to get in and do anything of this in the US. It reflects really well on our democracy and our government that we’re open in that way.”

Making the show, Perkins says she and the team at Blackfella Films continually focused on pushing the boundaries and being innovative. “We’re really trying to cut through by being bold.”

While it’s set in and around politics, the show doesn’t have an overt political agenda. That said, there’s been a highly publicised controversy around the show’s original title, Black B!tch.

As a working title, there was always a chance it would change. While Mailman is philosophical about the need to change it – wanting to get as broad an audience as possible is the overriding aim – she did like the original. “Because it was intrinsic to Alex’s story. We weren’t being casual around the name calling, we were saying 'this is what she is called day in and day out'. It’s hurtful: no matter how you use it, it’s offensive.” 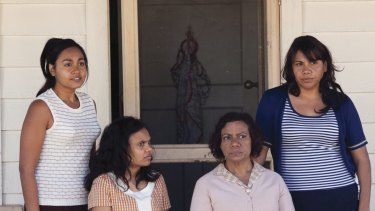 It’s on the milder side of the abuse Nova Peris experienced when she was in parliament. “It’s an absolute reality, it’s not just some artistic licence,” says Mailman. “It’s our everyday existence in this country, it’s part of our narrative, that name calling, that shaming. As black women in this country, it’s our reality and we were not shying away from it.”

Blackfella Films is highly regarded as a ground-breaking production company and Total Control looks set to further cement that reputation. As Mailman says: “We’re being authors of our own experience as Indigenous people. That’s what we do as artists, so that we can change the narrative.”

Total Control airs on October 13 on the ABC and iview.

The writer flew to Canberra courtesy of the ABC.