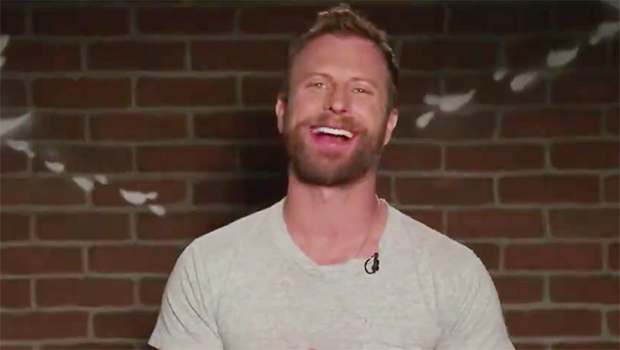 The 2018 CMAs are airing on ABC and that gave Jimmy Kimmel the chance to put together a country music edition of his epic ‘Mean Tweets’ seg. We’ve got Dierks Bentley and more responding to their haters.

There’s nothing better than when actors, singers, athletes and other high-profile figures get epic takedowns from Twitter trolls on Jimmy Kimmel‘s brilliant “Mean Tweets” segment. The ABC late night host is a big supporter of country music and has had plenty of artists and acts come by to perform on his show over the past year and in the process he gathered them up to read off hate tweets about themselves from fans and trolls. In honor of the 2018 CMAs airing on his network on Nov. 14, he’s put together his annual country music edition and we’ve got the video.

“Dierks Bentley sucks and I’ll be happy to tell him about it Saturday at his concert,” the 42-year-old superstar read with a hearty laugh at the end. Hey, if the fan thinks he sucks then why did they pay money to see him perform? No wonder Dierks cracked up over the comment.

“Put some freaking clothes on Kasey Musgraves” one fan scolded the 30-year-old singer-songwriter, who noted that the hater misspelled her name and that it’s Kacey with a “C”. “That outfit is not country,” she continued. The fan apparently was referring to what she wore on a Kimmel appearance in October. “Yeah, it’s kind of not,” Kacey confessed, looking down at her black bandeau top with a see-through black mesh top over it.

The guys in Midland officially all look like Sacha Baron Cohen in various disguises,” bassist Cameron Duddy read with a belly laugh. His band mates Jess Carson and Mark Wystrach are both tall with strange mustaches and ever-changing hair-lengths so the fan who wrote the tweet wasn’t really that far off. Cam even proved he’s a fan of the British comedian, doing his best impression of Borat, saying “I like…that” in his Kazakstan character accent.

We’ll have the full segment for you later tonight when Mean Tweets: Country Edition airs on Jimmy Kimmel Live following the CMAs on ABC. He’s had a ton of country stars on his show over the past year so no doubt Jimmy’s got plenty of singers to read off their hater tweets.