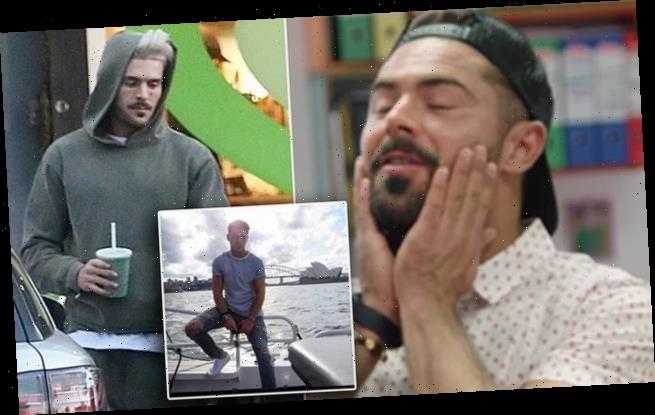 Is Zac Efron done with Hollywood for good? Actor reveals his struggle to cope with LA in Netflix doc, insisting he’s ‘got to get out’ because it ‘is not conducive to living a happy life’ – as he flees to Australia amid the pandemic

Zac Efron sparked a frenzy when it was revealed that he has been quarantining in Byron Bay – but the actor appears to have been hinting at plans to leave Hollywood permanently for some time now.

The 32-year-old, who hit the big time after starring in Disney’s 2006 hit High School Musical, fronts a new docuseries for Netflix alongside wellness guru Darin Olien, whom he opened up to about his struggle to cope with Los Angeles life.

In the fourth episode of Down to Earth, during which Zac and Darin visit Sardinia, the Baywatch star tells his friend that he has ‘gotta get out of Hollywood’, adding that he is ‘done’ with that lifestyle because it is ‘not conducive’ to a ‘long, happy, mentally-sound life’. 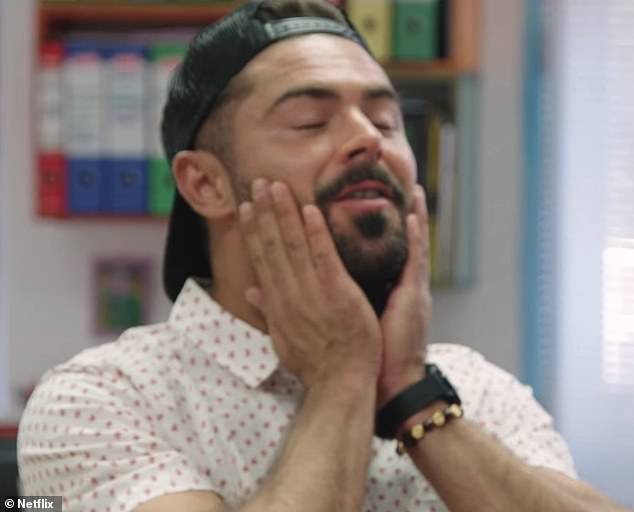 Trouble in paradise? Zac Efron opened up about the difficulties he faces living in Hollywood in his new Netflix series Down to Earth 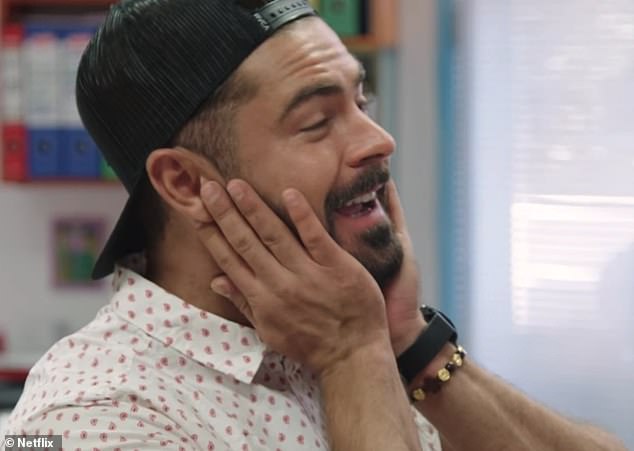 Leaving? The 32-year-old admits in the fourth episode of the show that he wants to ‘get out of Hollywood’, saying that he is ‘done’ with that lifestyle 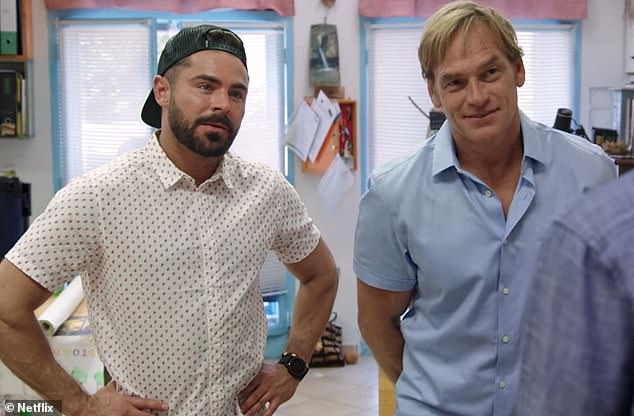 The series – which is thought to have been filmed at the end of 2018 – sees Zac and Darin investigating different health, wellness, and food trends around the world – with the Sardinia episode focusing on discovering the secrets to living a long and healthy life.

During the episode, the duo meets with different experts, including two doctors who are exploring why exactly people in Sardinia seem to live such long lives, as well as local centenarians, in an attempt to find out exactly what it is that allows them to maintain such great health.

‘I’ve learned so much here, including that the secret to a long, healthy life is not just one thing, it’s many,’ Zac says towards the end of the episode. ‘One major takeaway from this experience is that the locals maintain a low stress, yet active lifestyle well into old age.’

He goes on to explain that the experience has also made him examine his own lifestyle, and explore the changes he might make in his own life in order to find more happiness.

‘I’m definitely looking at my life a whole new way,’ he tells Darin. ‘I gotta get out of Hollywood, I’m done. It’s not a place conducive to living a long, happy, mentally-sound life.

‘I love California, I just think that dense population of people and city life is clearly not leading to many centenarians.’

Although Zac also jokes that he isn’t planning to flee Hollywood for good, his decision to escape LA in favor of Australia during the coronavirus pandemic suggests that he may well be exploring alternative living situations that will allow him to escape the stresses of his current lifestyle.

One of the biggest stresses, Zac revealed earlier on in the episode, is the loneliness he experiences as a result of his celebrity status.

‘The nature of being an actor or being in the public eye, sort of leads to isolation at times,’ he says – while noting that the sense of community and belonging he noticed among the locals is Sardinia was a world away from his lifestyle in LA.

‘I currently have a roommate but sometimes it’s hard to go out,’ he explains. ‘The sense of camaraderie we’ve had since we’ve been on this journey… we’ve become friends as a crew, and I can feel myself becoming healthier and being happier every day.

‘That sense of community and being around it is very, very important. I’m very away of how I feel when that is not a part of my life. And it’s isolated and it’s slow and it’s not quite as happy.’

Another particularly tough aspect of Hollywood life is the pressure to look a certain way – particularly when it comes to preparing for certain roles.

While speaking to two doctors about the ideal diet for a long and healthy life, Zac is left horrified when they detail the dangers of a high-protein diet, explaining how it has been linked to an increased risk of cancer.

The doctors note that the majority of people ingest far too much protein during the day, telling Zac and Darin: ‘The risk of cancer in those that had the highest intake of protein was four fold higher.’

The experts go on to explain that too much protein causes the body to ‘turn on the mTOR gene’ (mechanistic target of rapamycin) – which is described in the show as being ‘the body’s “switchboard” for the rate of aging, controlling cellular growth in the body.

‘When you’re young and growing you need rapid cellular growth,’ Zac explains in a voiceover. ‘When you’re past middle age, it’s best to slow that cellular process down, otherwise too many may lead to mutated cells, or cancer.’

In other words, those who continue to eat a high-protein diet into their adult years are at risk of increasing their body’s cellular growth – which can then lead to an increased risk of cancer. Or, as Darin puts it, can ‘push the accelerator on almost every age-related disease’.

Zac is left stunned by this news, admitting that he spent ten years following a high-protein, low-carb diet at the recommendation of his personal trainers, who said that was the best way for him to stay in shape.

‘Oh my god, I ate so much protein when I was… I had a diet completely based around protein for almost ten years of my life,’ he reveals.

Later in the episode, Zac lifts the lid on another aspect of his rigorous diet: a total lack of carbs.

While making pasta with a local Sardinian family, Zac explains that the heavy focus on carbohydrates is at total odds with every healthy eating plan he has ever followed – especially those that have been given to him by health professionals in the US.

‘The carbs here are made from fresh, natural, locally-grown ingredients. No GMOs, no processing and no refining. It goes against every conventional diet I have ever followed,’ he remarks. 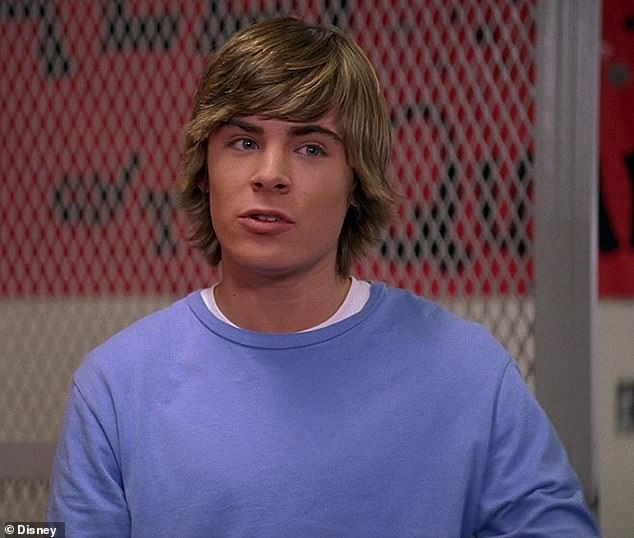 Shock: Zac also explained that he was left stunned by his sudden rise to fame after he starred in High School Musical back in 2006 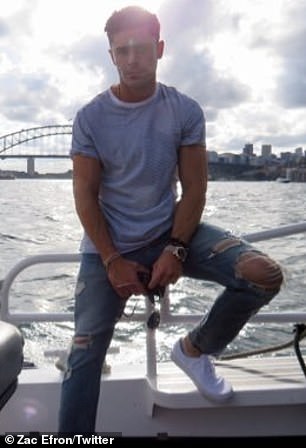 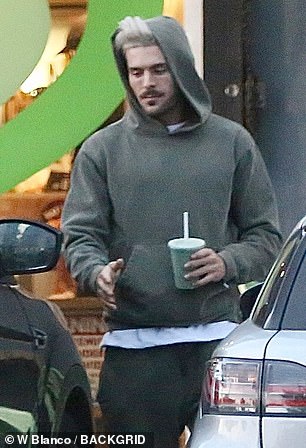 Changes? Zac, pictured left in Australia in an old photo and right in LA, is currently staying in Byron Bay amid the pandemic, with sources saying he has been there for months

For Zac, giving up carbs is something that he found especially hard, and he admits that when he was filming the 2017 Baywatch movie, he almost ‘lost his mind’ because of the incredibly strict diet plan he had to follow.

‘I’m so happy that I’m eating carbs again,’ he says while tasting the pasta that he helped to make.

‘I went years without eating carbs. When I shot Baywatch I didn’t have a carb for like six months, I nearly lost my mind. You need this, it’s so good.

‘I still can’t get over how this diet of carbs and low protein is the exact opposite of anything that any trainer has ever taught me.’

In another episode of the series, Zac and Darin start their journey out in New York City, which the Baywatch star notes is a very stressful environment for him, and one that reminds him a great deal of LA, particularly when it comes to paparazzi.

‘When I was young, it was like everywhere I went there were all these paparazzi,’ he says. ‘I had to look OK or I’d get calls from my mom being like, “You look disheveled, are you OK?”

‘Just naturally I felt like I was getting dressed for a runway show every day… I was 18.’

For Zac, the sudden glare of the spotlight that came as a result of his role in High School Musical was incredibly hard to handle – with the actor admitting that he never thought he would reach such dizzying heights of fame.

‘I didn’t think I’d hit the big time. I just wanted to pay for college. I was thrown for a loop… all of a sudden I was on the cover of Tiger Beat,’ he recalls. ‘The first time, I was just like, “Woah.”

‘But very quickly – I think quicker for me than most people – I knew something was wrong. There’s a glitch in the Matrix. I haven’t contribute s**t to society. I made TV movies. That feeling crushed me for a long time.’

Whether or not Zac is planning to return to LA is not yet known, however the actor has enjoyed an extended getaway in Australia during the pandemic, the majority of which he has spent in Byron Bay, according to sources.

Despite rumors surfacing weeks ago that Zac had been laying low in Oz, the actor was not pictured in Australia until last week, when he was caught on camera getting into a car outside a local cafe.