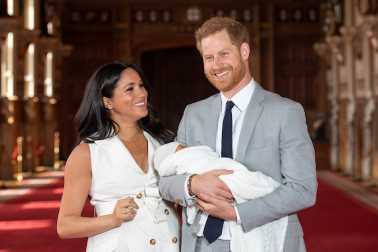 The waiting is finally over and we’ve already watched the proud presentation of the next young royal to arrive on the scene.

Images showcasing adorable baby pictures, videos posted all around the world followed the official presentation of the 7th in line for the throne. Revealed in real time all around the world, the title of young Archie Harrison Mountbatten-Windsor emerged to the public eyes and ears.

It’s safe to say most people were surprised by Archie’s name. Let’s take a look at what people were expecting and why Meghan and Harry surprised everyone. 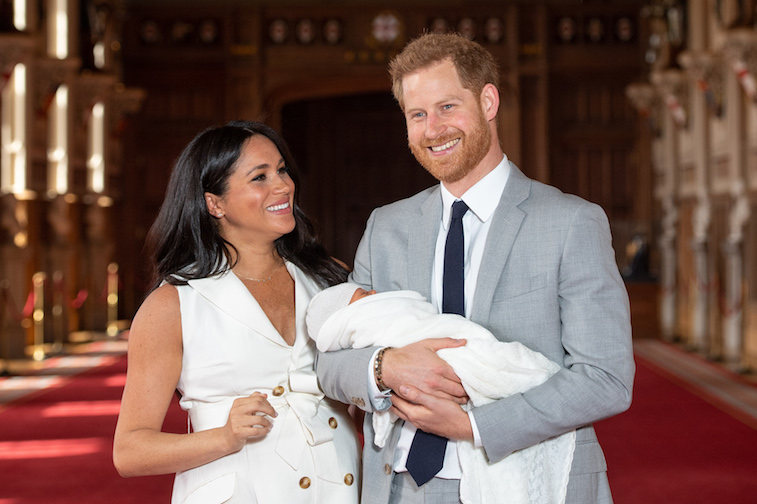 While many were caught off guard with the unusual name, others thought it was a perfect choice for the couple and their beloved, bouncing baby boy. In the months and weeks leading up to the birth of this royal child, it wasn’t announced if they were expecting a little boy or girl and betting agencies were battling to keep up with all the wagers Brits were making about the new name.

Popular choices for a male included Alexander, Albert, and James, with feminine preferences of Victoria, Elizabeth and Mary were all being considered. To honor his late mother, there were droves of people who believed Prince Harry and his beautiful bride would name their child Spencer for a boy or even Diana if it was a girl.

But similar to how he was raised along with Meghan’s upbringing in the States, they want their child to be reared in a relatively normal manner despite his royal status.

Think of it this way, the name Archie is the 18th most popular name in Great Britain and ranks much lower at 1,182 in the United States where his mother was born. It’s unclear if it’s short for the more regal name of Archibald or even Arthur, and perhaps people might connect the name Archie with a role popular British comedian and actor John Cleese played in A Fish Called Wanda.

For those who didn’t see this popular, award-winning British film, the main character of Archie (actually Archibald) Leech was just an average, ordinary guy who gets entangled with Jamie Lee Curtis’ role of the cute con-artist called Wanda.

Spoiler Alert: At the close of the movie, when it’s revealed what happens to all the characters following the end of the storyline, Archie ends up getting married, having a ton of children and goes on to lead a relatively normal life.

Out of the limelight

Unlike his big brother William and wife Kate Middleton who displayed their offspring to the world on the steps of the hospital just days after Prince George was born, Harry and Meghan waited a while as they are not afraid to do things a different way.

In a video of the couple with Prince Harry holding his precious child, he lets it slip that the baby is more than just a few days old. When asked who the baby resembles the most, Harry responded:

“Everyone says the baby has changed so much over two weeks we’ve basically (sort of) been monitoring how the changing process happens over this next month really.”

While we commoners don’t know what goes on behind the castle walls, many were speculating Harry and Meghan didn’t want to share their bundle of joy with the rest of the world. Others believe they may have been pressured by members of the royal family into unveiling the young Prince to the public. In any event, we were all happy to see little Archie whether he was just two days or two weeks old.

The meaning of Archie’s name

While it may seem obvious, Harrison literally means “son of Harry” so this is a perfect choice for the first son of a royal. The name Archie translates to “brave, bold, and genuine” which is another honorable title for this little tyke. For those who are unaware, the moniker Mountbatten-Windsor was the surname created in 1960 when combining the titles of the queen and Prince Philip together.

In closing, in the months leading up to his birth, Archie was being called “Baby Sussex” by the press and public alike. Wouldn’t it have been a kicker if his middle name actually was Sussex in honor of this historical and royal region in England?

In any case, little Archie’s name is a testament to Harry and Meghan’s commitment to do things their own way and allow the prince to lead a normal life despite his royal status.