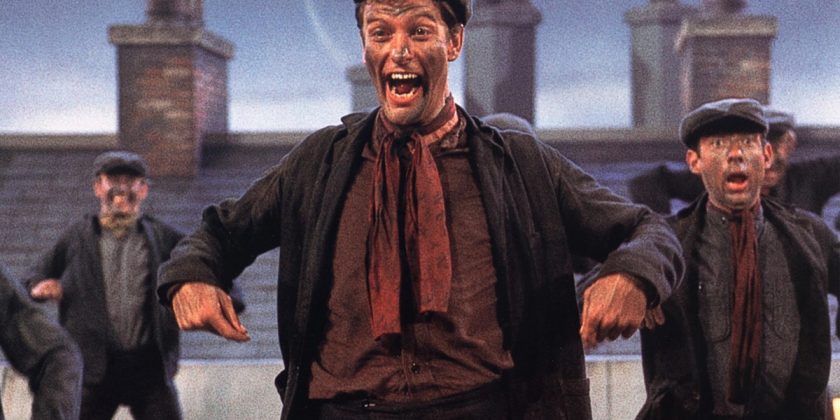 Mary Poppins Returns will arrive in theaters in less than a month, the first sequel to the 1964 hit film, 54 years after the fact. But where in another generation, no one from the first film would still be alive, life expectancy has made it so original star Dick Van Dyke, now 92 years young, will be able to appear in a cameo role in the new film. But Dick Van Dyke’s Mary Poppins story about his role in the first film may surprise fans who have forgotten who Van Dyke played.

Nearly everyone remembers Dick Van Dyke played the role of Bert, the chimney sweep who was Mary Poppins’ (Julie Andrews) not-quite love interest. Van Dyke and Andrews’ dance numbers are one of the reasons the film has remained a children’s classic for all these decades. Van Dyke’s solo number, "Step In Time," featuring the "sweeps on the rooftop" dance sequence, remains one of the movie’s iconic images to this day.

But Van Dyke actually played two roles in the movie. The second one was Mr. Dawes Sr., the owner of the financial institution where Mr. Banks works. Van Dyke is hidden under a ton of old age makeup and a big white beard, so most viewers watching the film have no idea it’s the same actor. It’s only when the credits roll and the credited actor "Navckid Keyd" rearranges itself to spell "Dick Van Dyke" people realize who it is.

According to Van Dyke, he lobbied to be able to play both parts, but Walt Disney (yes, the guy whose name is on the company logo) was not into the idea at all.

In an interview with Lin-Manuel Miranda as part of 20/20’s Mary Poppins Returns: Behind the Magic, Van Dyke explains to get the second part, he had to agree to do it for free. And even that wasn’t good enough.

But as far as Van Dyke was concerned, it was worth every penny. (Or perhaps I should say every tuppence.)

Vna Dyke’s decision to play Mr. Dawes Sr. is still paying off today. His Mary Poppins Returns cameo is the now-aged Mr. Dawes Jr., the son of Mr. Dawes Sr., who in the new film is the same age his father was back in the original movie. To play the part, Van Dyke will once again don the big white beard.

Van Dyke may be playing an older character, but from the looks of the trailer, he’ll still be dancing up a storm. Mary Poppins Returns arrives in theaters on the Wednesday before Christmas, Dec. 19, 2018.