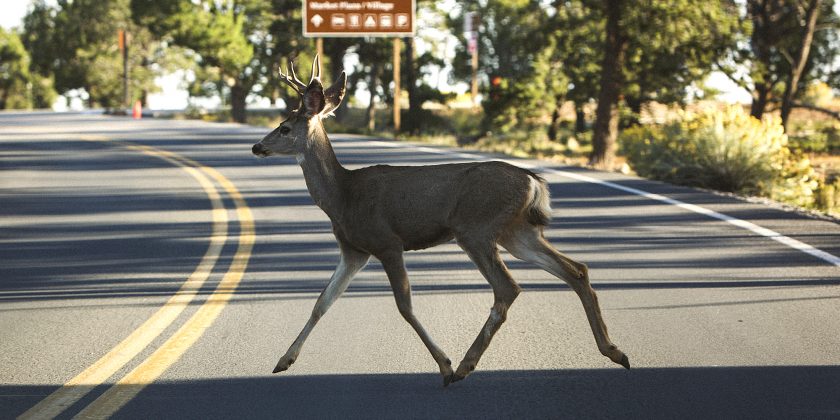 While some people may be nursing Thanksgiving food hangovers, a North Carolina woman is reportedly recovering from a more serious holiday run-in with a wild deer.

According to The Charlotte Observer, the animal wandered onto the course of the Mooresville/Lake Norman Turkey Trot 5K in North Carolina right after the race began on Thursday morning.

The animal ran out to the road among the fun run participants after being frightened from a nearby group of trees.

On its way to the course, the deer crossed paths with a female volunteer handing out water, accidentally kicking the woman in the face as it tried to jump over her.

The deer exited the fun run as quickly as it appeared, leaving the volunteer to recover from the “serious and traumatic accident,” reports local TV station WGHP.

The woman, identified as Anne Mautner, told WCNC that the female deer hit her mid-jump.

“I look up and there’s something literally flying over me,” she said.

“It turned me around, my knees in the ground, and I broke my fall with my head,” she said.

Mautner was knocked into the street, according to WJZY, and she sustained a black eye, bruises and cuts from the kick to her head, the Observer reports.

Officials described her injuries as minor and EMS on the scene took her to the hospital.

She was released after two hours, according to WCNC.