It seemed like just about every UK celebrity was in the crowd for An Audience With Adele, which aired on Sunday 21 November, from Emma Thompson to Dua Lipa.

However, there was one famous face that stood out perhaps even more than others, as fans spotted David Tennant had dyed his hair a new vibrant shade.

The Doctor Who actor could be seen watching Adele’s performance at the London Palladium with bright red hair instead of his usual natural brown locks. 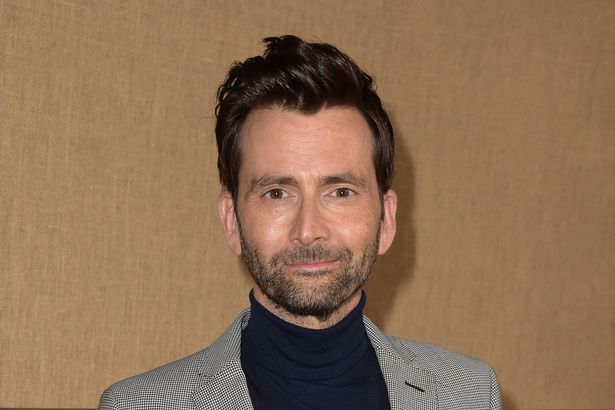 Meanwhile another chimed in, "David Tennant looks ready to re-enter the Squid Games at the #Adele show", as a fourth exclaimed, “Where’s Wally but make it where’s red David Tennant??"

However, there’s a pretty logical explanation for David’s latest hair transformation, and it relates to a very different TV show.

In 2019, he starred alongside Michael Sheen in the Amazon Prime/BBC co-production Good Omens, and his character Crowley had the same bright red hair.

A second season has been confirmed, set for release in 2022, and David has been spotted filming, so the new ‘do could be for his character.

Super fans of the show were also quick to point this out on Twitter, demanding that they catch up on the first season.

"No, David Tennant is not in his ‘Seong Gi-Hun era’, he’s in his Crowley season 2 era and I will defend the red hair," one tweeted.

A third quipped, "Those who are questioning David Tennant's red hair and not knowing what Good Omens is: What are you doing, go watch that masterpiece right now!!"

Who knows though, maybe the actor will opt to make this style his permanent look?

For all the latest celebrity news including their hair and beauty secrets sign up to the OK! Daily Newsletter now