Darwin’s Arch, one of the most photographed locations in the Galapagos Islands, crumbled into the Pacific Ocean due to erosion this week.

Ecuador’s Ministry of the Environment tweeted an image of what remains of the formation, located about half a mile off Darwin Island:

The organization said that while the island itself isn’t open to tourists, the area around the arch is a popular spot for divers hoping to observe aquatic life, including sharks.

“It really was an icon of the Galápagos landscape and a marker for one of the most awe-inspiring wildlife experiences on Earth,” Jen Jones of the Galápagos Conservation Trust told The Guardian, adding that the waters around it contain some of the largest shark aggregations in the world.

“The collapse of the arch is a reminder of how fragile our world is,” Jones told the newspaper. “While there is little that we as humans can do to stop geological processes such as erosion, we can endeavor to protect the islands’ precious marine life.” 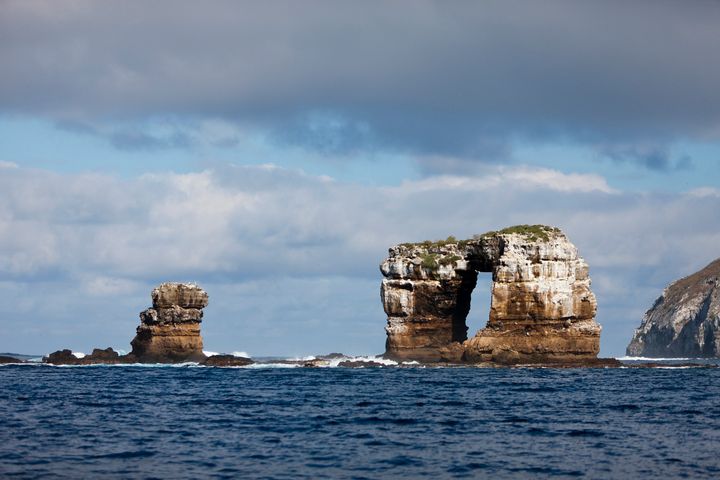 Both island and arch were named for Charles Darwin, whose 1835 visit led to his groundbreaking theories of evolution by natural selection.

The islands are on the UNESCO World Heritage list as “a unique living museum and showcase of evolution.” 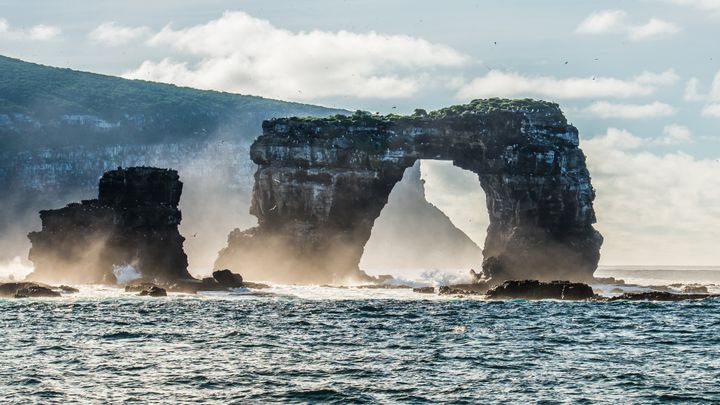 Travel company Aggressor Adventures wrote on Facebook that some of its customers witnessed the collapse.

“There are now only two pillars remaining. Some in the dive & travel industry are already referring to this now as ‘The Pillars of Evolution,’” the company wrote. “We will miss this iconic site.”