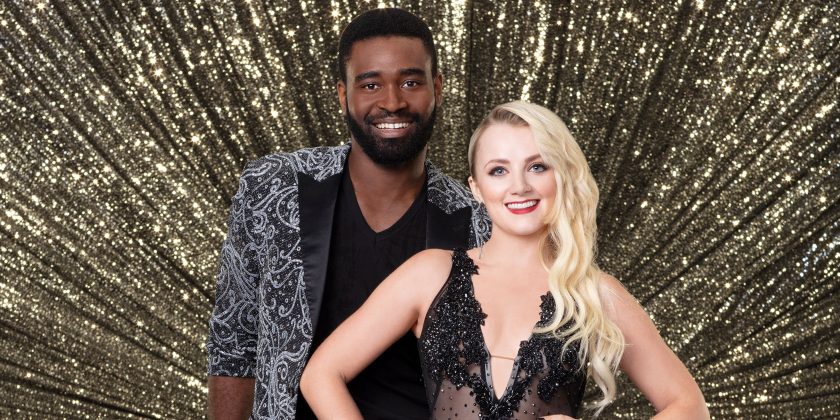 Saddle up, “Dancing of With the Stars” is riding into Country Night.

The remaining eight contestants brought some Southern charm to the ballroom Monday with cowboy hats, rustic boots and classic country tunes, but it was the double elimination that got the town talking.

Co-host Tom Bergeron announced before the first performance of the night that two stars would be getting the boot, and he wasn’t horsing around. (No pressure contestants.)

Here is what went down during this week’s episode:

Before we get into who got axed, let’s talk the best dances of the night.

“Harry Potter” alum Evanna Lynch scored three 10s for her emotional rumba with pro partner Keo Motsepe, despite both not knowing much about country music. Dancing to a live performance from Carly Pearce singing “Every Little Thing,” the couple exuded grace and poise.

“You are making the kind of transformation that we haven’t seen since the likes of Kelly Osbourne,” judge Carrie Ann Inaba raved. “You’re peaking at exactly the right moment. … Watch out, people, this girl is on fire!”

Related: ‘Dancing With the Stars’: Two perfect scores on Halloween night, plus elimination