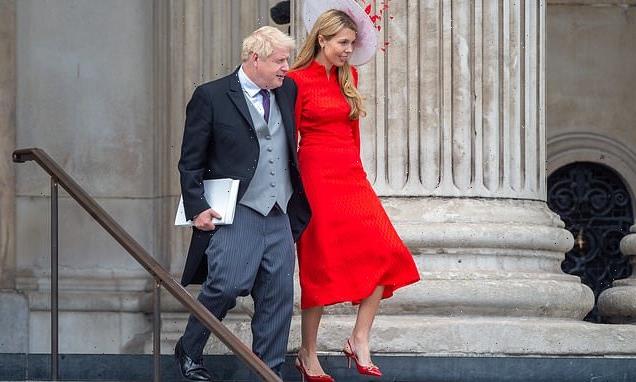 DAN HODGES: The boos for Boris Johnson weren’t from the usual suspects – and that’s why a Jubilee Coup is almost upon us

It was an especially brutal version of an opinion poll. All VIPs arriving at St Paul’s Cathedral for the Queen’s Service of Thanksgiving on Friday were subjected to an impromptu chorus of approval or disapproval by the waiting crowds. The biggest cheers were reserved for Kate and William, and – contrary to expectations – Meghan and Harry. Sir Keir Starmer walked up the steps to apathetic silence.

And then there was the most significant public reaction. Boris and Carrie Johnson were greeted with sustained booing that drowned out a small smattering of cheers.

The Platinum Jubilee has been a triumph for the Queen, the Monarchy and the country. But for Britain’s political class, it has proved a chastening experience. In fact, it has cruelly exposed them.

Honour. Dignity. Consistency. Selflessness. These watchwords of Her Majesty’s 70 years of service stand as a rebuke to her 14th Prime Minister and current Leader of her Opposition. 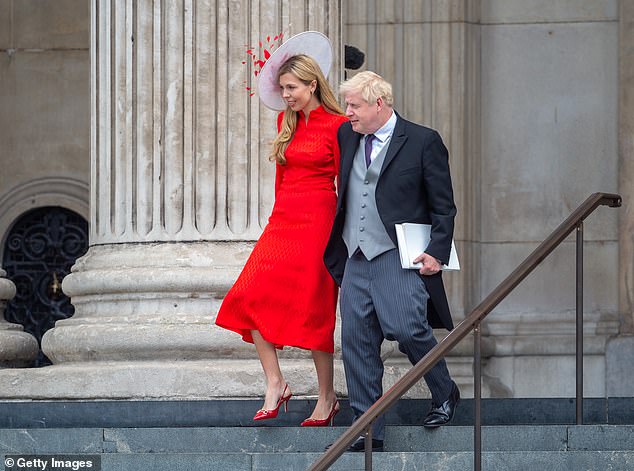 The boos echoing off the steps of St Paul’s suggest Boris has secured significant cut-through. Of the worst kind.

In the case of St Keir, the events of the past few days have once again underlined his lack of authenticity. Last week he told the British people it was their ‘patriotic duty’ to embrace the celebrations. In a message to council leaders he added: ‘That Britain has at every juncture rejected extremism is in no small part due to our idea of who we are as a people: an idea borne of a sense of stability that cannot exist without strong institutions.’

How different to the Keir Starmer who was filmed in 2005 admitting he once supported the abolition of the Monarchy and who, last year, rushed to align himself with Meghan Markle when she claimed to have been a victim of crude Royal racism.

To many Labour MPs, this cynical pragmatism represents a welcome escape from the ideological straitjacket they were forced to don during the Corbyn years. And Labour’s leader has told allies he sees his party’s realignment with the patriotic instincts of Northern Red Wall voters as a key element of his electoral strategy.

But the problem is those Red Wall voters – and the country at large – see it, too. They’re not stupid. They know Starmer’s dramatic transformation into the John Bull of the liberal Left is a product of opportunism, rather than genuine patriotism. And the perception of him as a man who will ditch, discard or disown any belief or principle for power, is becoming cemented.

But if Sir Keir is struggling to cut through with the voters, the same cannot be said of Boris Johnson. The boos echoing off the steps of St Paul’s suggest he has secured significant cut-through. Of the worst kind.

Inside No10 there was a hope the Jubilee celebrations would act as a ‘firebreak’ on the PM’s travails. That our extended national party would draw a line under Covid lockdown, a line under Partygate, and provide a welcome distraction from the cost-of-living crisis.

But the reality is that the festival of thanks for the Queen’s decades of dedicated service could not have come at a worse time. Or drawn a starker contrast between her ethos and that of those living and working in Downing Street.

The most graphic comparison relates to the period of mourning Her Majesty and the nation observed on the eve of Prince Philip’s funeral – as Sue Gray’s report forensically detailed when she outlined the way some in No10 had respected the Queen’s loss.

‘Shortly before 21.30, there were over 20 people present in the garden, with a number of bottles of alcohol… a number of individuals gathered near a child’s swing/slide in the garden, damaging it by leaning on and playing with it… Some individuals remained in the building and carried on drinking alcohol until the early hours… Some left after midnight and others between 01.45-02.45. Two members of staff stayed later still, with one leaving at 03.11 and the last leaving at 04.20.’

Boris – who was not present at the time – was forced to apologise publicly to Her Majesty. And until Friday, it was not known how his contrition had been received. 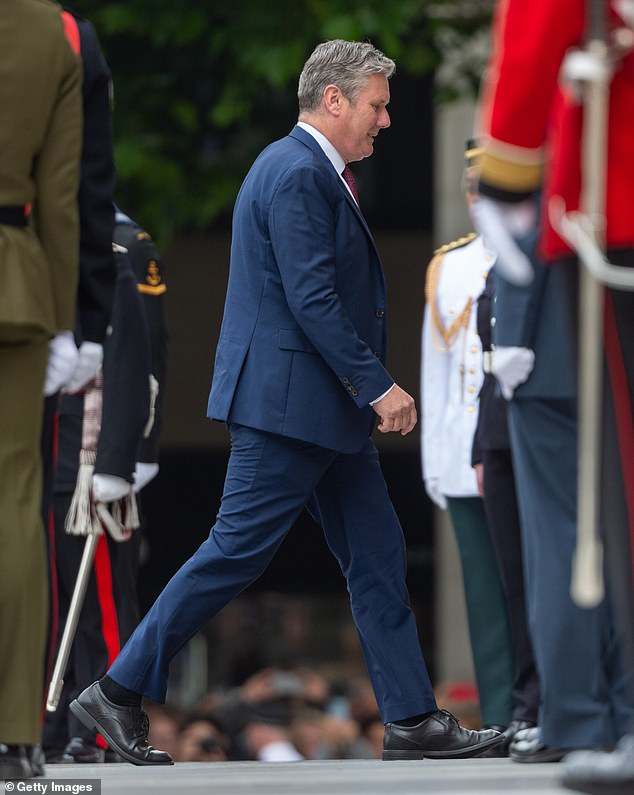 In the case of St Keir, the events of the past few days have once again underlined his lack of authenticity

This weekend, Conservative MPs have certainly noticed it. As well as the boos given to a leader who is supposedly defined by his ability to reach those parts of the electorate other Tories cannot reach.

‘It would be odd if people who had gone to St Paul’s were raging republican socialists,’ one rebel observed. ‘Those boos weren’t coming from the usual suspects. It’s not a good look when the PM is affecting the Jubilee.’ Another MP said: ‘I’m not sure it’s Remainers and socialists who attend Royal events.’

It certainly isn’t. Which is why Tory MPs are preparing to move against their leader.

It’s widely expected that when the Commons returns tomorrow, Sir Graham Brady, chairman of the 1922 Committee of backbench Tory MPs, will announce the threshold of 54 letters to trigger a leadership contest has been met.

‘I think we’ve got the numbers now,’ one coup leader told me. ‘By my figures, we’ve got 67 people prepared to submit a letter. I think it’s now just a question of timing.’

However, there’s still a possibility the plotters may again stay their hands. As one told me: ‘Some people want to move now. But others think we should wait for the by-elections [in Wakefield and Tiverton & Honiton on June 23]. The thinking is that when we lose both seats, it’s going to be impossible for Boris and his allies to pretend he’s still an asset on the doorsteps.’

But the consensus is that next week will see the Rubicon finally crossed. One Red Waller, who had previously dismissed talk of a contest, told me: ‘The plotting and backstabbing is the worst since I entered Parliament. I don’t see a way out.’

So, the Jubilee Coup is almost upon us.

And as I wrote here last week, this may be the best for everyone. It’s clear there is no other way of drawing a line under Partygate – or internal Tory discontent about the broader direction of the Government – without having some sort of reckoning.

Though it may be a broader reckoning than some are anticipating.

As one former Cabinet Minister told me: ‘We couldn’t be playing for higher stakes. If Boris wins a leadership vote, but there’s a big vote against him, he’ll know people are going to come back for him in a year. Then, I’m told, he’ll say, “OK, I haven’t got a big mandate from the party. So I’m going to ask for one from the British people.” And he’ll call a snap Election.’

That would be a massive gamble. But one Boris Johnson showed he was prepared to take before when he rolled the dice and came up with a double six against Jeremy Corbyn. Though that Election in 2019 was fought against a very different backdrop and very different opponents: the Brexit saboteurs and a Labour Party led by a man not ashamed to stand by his hard socialist principles.

Also, it was fought by a very different Boris Johnson.

Yes, the Prime Minister and his fellow political class can mouth words about honour and integrity from the Bible. But they have some way to go before demonstrating they can live by them.