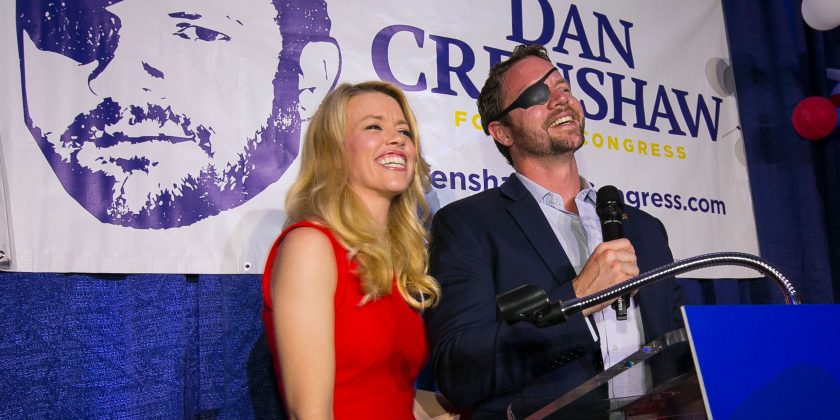 Dan Crenshaw is having the last laugh.

From the podium, Crenshaw recognized people from his team, including the man who persuaded him to run, while mentioning the “SNL” moment.

“He’s upset because the recent ‘Saturday Night Live’ controversy has resulted in me having more Twitter followers than (him),” Crenshaw cracked.

Later, Crenshaw remarked Americans “are not a people that shatter at the first sign of offense” which resulted in laughter from the crowd.