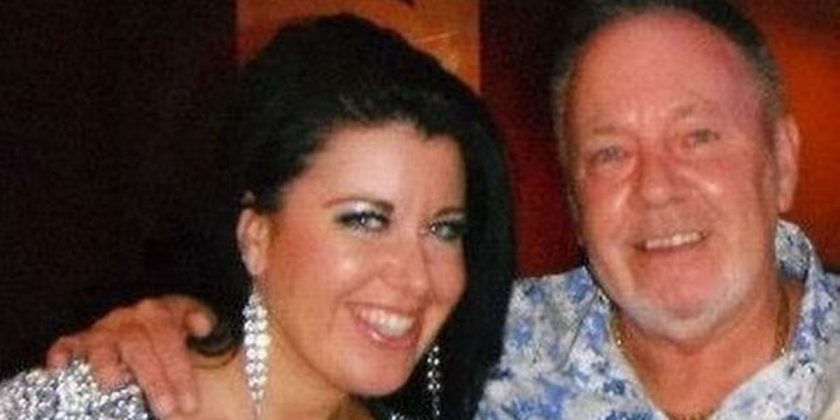 The dad of freed Brit Laura Plummer sobbed with happiness as she landed safely back in the UK – and joked she faces “death by Emmerdale”.

Neville Plummer, 72, revealed he has taped 500 episodes of Laura’s favourite soap as she spent 14 months in an Egyptian “hellhole” prison for possession of the painkiller Tramadol.

He said he told her on the phone on Monday: “I told her you think you nearly faced death in Egypt, well you’ve now got another death to face, you’ve now got to face death by Emmerdale!

“I’ve taped every single Emmerdale episode, probably in excess of 500 for her. I’ve had to erase some of the early ones, about 20 ombinbuses, because I’d run out of space. I recorded them every Saturday morning.”

Laura, 34, wept at Heathrow Airport as she thanked supporters, saying: “I thought this would never end.”

Speaking of her release, Neville said: “I thought I’d die before she came out.

“I’ve been so stressed, I’ve had sleepless nights. It’s been horrendous.

“My eyes are sore just talking to you. When I see her I’m going to bloody squeeze her to death.”

The dad, who has spent £70,000 trying to get his daughter home, told of the moment he heard her voice for the first time in 14 months.

He explained: “She phoned me on Monday night when I was about to go to bed.

“I was over the moon, I could not believe I was talking to her.

“I haven’t seen her since October 8th, 2017 and the last time I spoke to her was when she phoned from Egypt to tell me ‘Dad, I’m in trouble!”

“She said it was strange talking in English because she’d learnt Arabic and told me ‘I’ve missed you dad.’

“She said she was looking forward to jumping in a hot bath and I told her to step in and not slip on the soap!”

“That was her life. There’s been some nasty people calling her a drug mule.

“But Laura’s life was about going to work, sitting on the settee with a cup of tea and watching Emmerdale and Coronation Street and going to bed at 9pm at the latest, getting up and going to work the next day.”

The shop worker from Hull was given a presidential pardon after being jailed three years on Boxing Day 2017 for taking 290 Tramadol tablets to Hurghada for her Egyptian husband Omar Saad, 34.

She was not allowed to say goodbye to him before being deported.

Neville said: “She was crying her eyes out. He probably can’t afford to come here, but if he does he is always welcome at my house.

“He stood by Laura and I’ll tell you what without him she would not have survived. He gave her one hour of happiness every 15 days when he was allowed to visit.”

Talking about the financial cost, he said: “We paid legal fees and the first lawyer we parted with £10,000 cash. I don’t know to this day if he was a genuine lawyer. “His defence was ‘God’s standing by her’. I sacked him. It has all been so distressing.”

Now he plans to try and make up for lost time and take the whole family on holiday to Majorca to “show Laura off”.