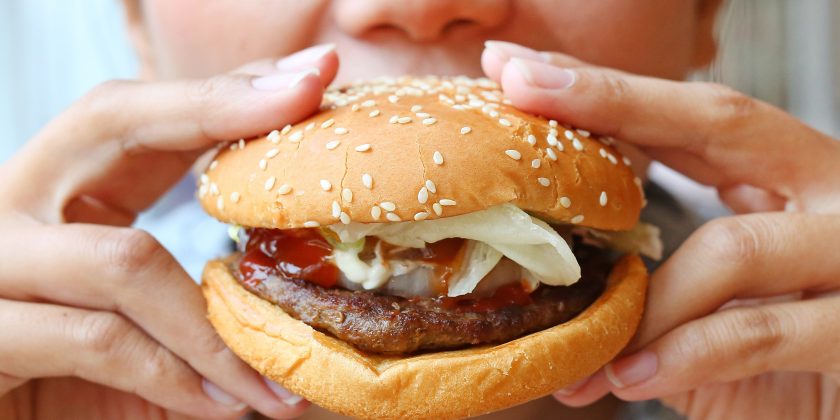 Bacon, burgers and steaks aren’t great for us – we know that.

But you can undo the damage eating them cause within just one month if you cut them out.

Scientists from the Cleveland Clinic Center for Microbiome and Human Health have found that regular consumption of red meat can raise your level of a heart disease-causing chemical by more than ten times.

The organic compound is known as TMAO (trimethylamine N-oxide) and having high levels of it is associated with increasing the risk of stroke, heart attacks and premature death. The findings were published in European Heart Journal.

The Cleveland study found that levels of this dangerous chemical rise threefold after just one month of eating red meat.

The study included 113 participants who were given meal plans either including red meat, white meat or non-meat protein sources.

After one month of the red meat diet, the vast majority of study participants experienced an elevation in TMAO levels in blood and urine.

On average, TMAO levels in the blood and urine increased approximately 3-fold during the red meat diet, compared to the white meat or non-meat diets, with some patients showing over a 10-fold rise.

However, after patients stopped the red meat diet, TMAO levels in the blood and urine fell back down over the following month.

“This is the first study of our knowledge to show the kidneys can change how effectively they expel different compounds depending on the diet that one eats — other than salts and water,” said Dr. Stanley Hazen from the clinic.

“We know lifestyle factors are critical for cardiovascular health and these findings build upon our previous research on TMAO’s link with heart disease.”

“They provide further evidence for how dietary interventions may be an effective treatment strategy to reduce TMAO levels and lower subsequent risk of heart disease.”

The same team of scientists also looked at how cardiovascular disease could be prevented by targeting a gut microbial pathway that converts carnitine into TMAO.

Carnitine – also used in energy drinks and supplements – can induce TMAO production even for vegans and vegetarians who continue eating their normal diets.

The scientists compared how a daily dose of carnitine pills worked on meat eaters and veggies.

Veggies still showed that they could barely produce TMAO even when they took the pills, while meat eaters saw their levels go shooting up immediately.

Hazen said: “It is remarkable that vegans and vegetarians can barely make TMAO from dietary carnitine.”

“The striking new finding about the pathway induced by ingesting carnitine – even if only provided as a supplement in a capsule form – provides important insights about new interventions to inhibit TMAO, which may help reduce risks for cardiovascular disease.”

“By uncovering this new pathway, we can potentially develop new treatments to interrupt this process before both the development and progression of cardiovascular disease.”