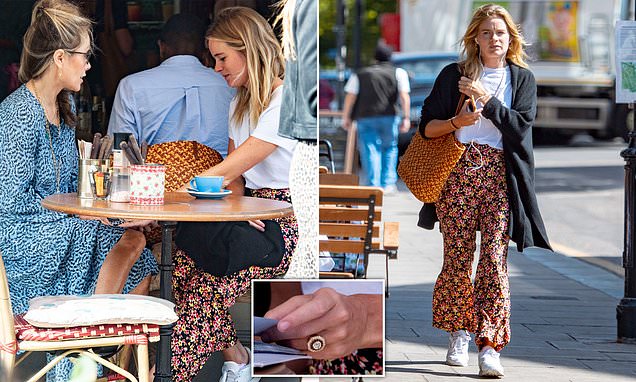 Look at my sparkler! Prince Harry’s ex Cressida Bonas shows off her diamond and ruby ring as she’s seen for first time since announcing her engagement to Harry Wentworth-Stanley

Prince Harry’s ex girlfriend Cressida Bonas looked overjoyed showing off her enormous ring over lunch to a friend today, as she was seen in London for the first time since announcing her engagement.

Cressida, 30, enjoyed a leisurely lunch in the sun at a London cafe, where she was joined by a friend who couldn’t help but admire her huge new bling.

It’s the first time the actress has been seen since announcing her engagement to estate agent Harry Wentworth-Stanley earlier in August.

Cressida first dated Harry, an old Harrovian and the son of the Marchioness of Milford Haven, before her romance with Prince Harry and they reunited in 2017. 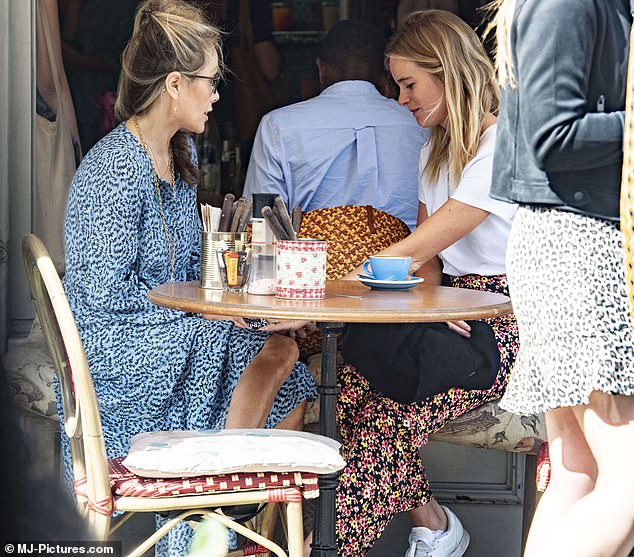 Cressida Bonas, 30, was seen with a friend at a cafe looking excited as she showed off her huge engagement ring 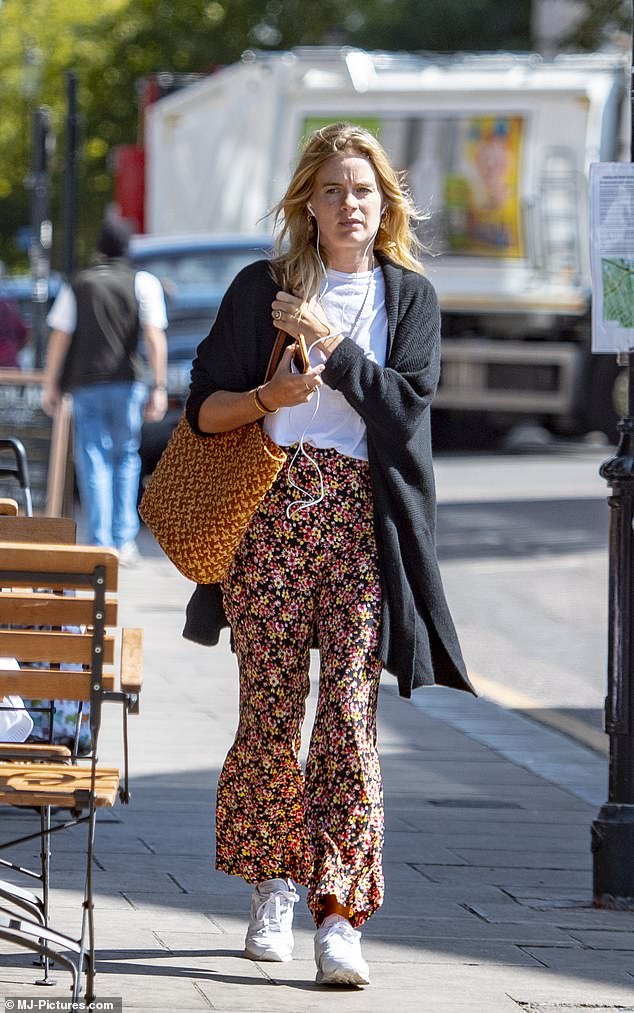 In her first sighting since getting engaged, Cressida looked relaxed as she met a friend for lunch in the late summer’s sun earlier today 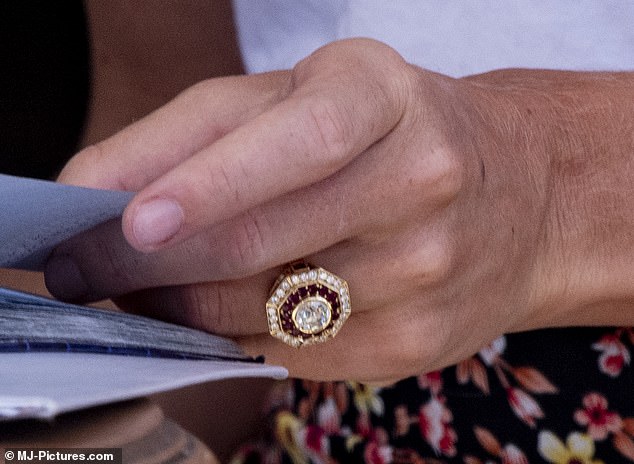 The ring, which was made by Bear Brooksbank, features a large centre diamond, ringed by rubies and then another ring of diamonds

Cressida looked relaxed as she strode through London on the way to her lunch date with a friend.

She donned a pair of wide-leg flared floral trousers and a white t-shirt, throwing on a long black cardigan in case the weather changed.

The newly-engaged Cressida wore her long blonde hair loose, and didn’t appear to be wearing make-up.

Despite her relaxed ensemble, her huge engagement ring, believed to have been made by Bear Brooksbank, dazzled in the sun. 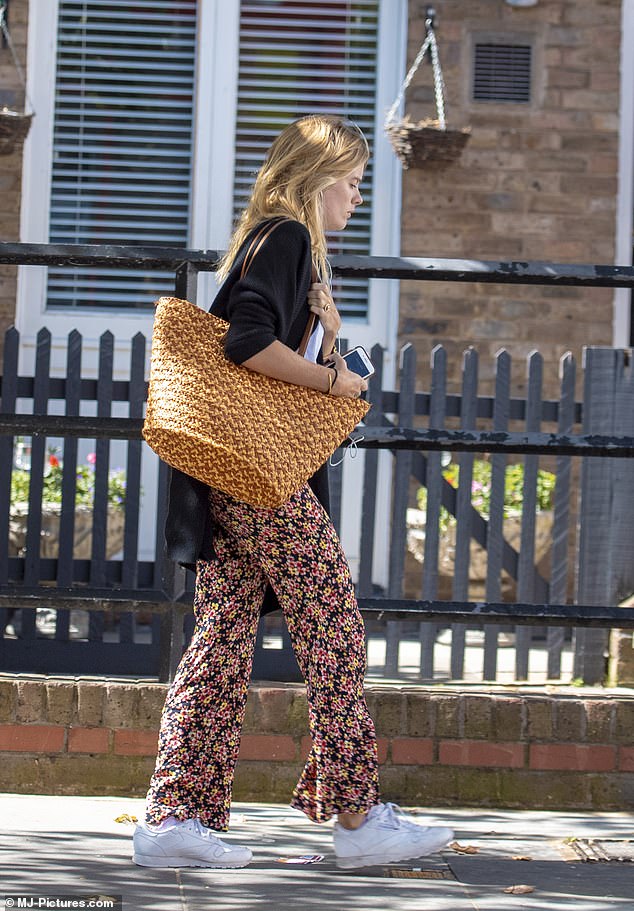 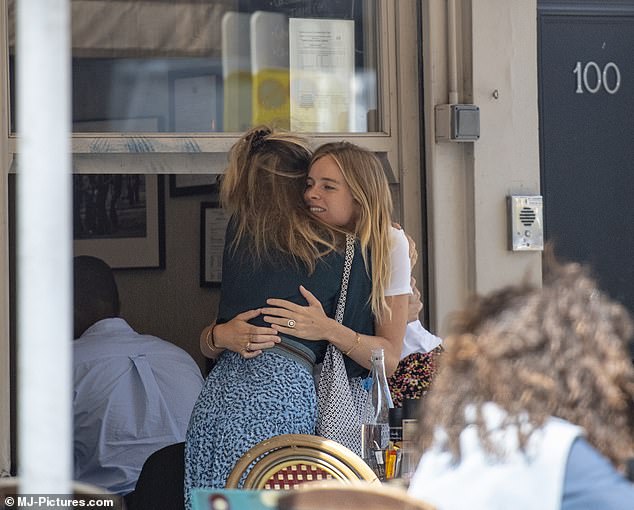 She beamed as she embraced a friend and sat down for lunch, but it wasn’t long before the women were gazing at the huge ring on Cressida’s finger.

The dazzling ring features a large centre diamond, ringed by rubies and then another ring of diamonds.

Wanting a closer look, her friend rested her hand on her lap to take in the full splendor of the decadent ring.

The women could hardly contained their excitement as they chatted over a coffee before they tucked into their meal. 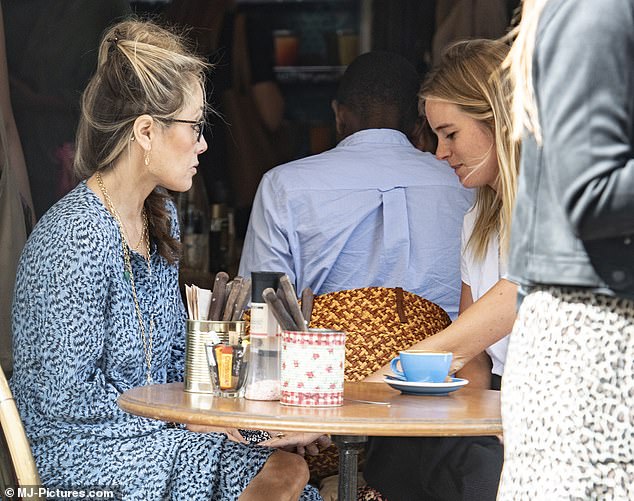 Both women could barely keep their eyes off Cressida’s huge engagement ring, with the actress placing her hand in her friend’s lap at one stage 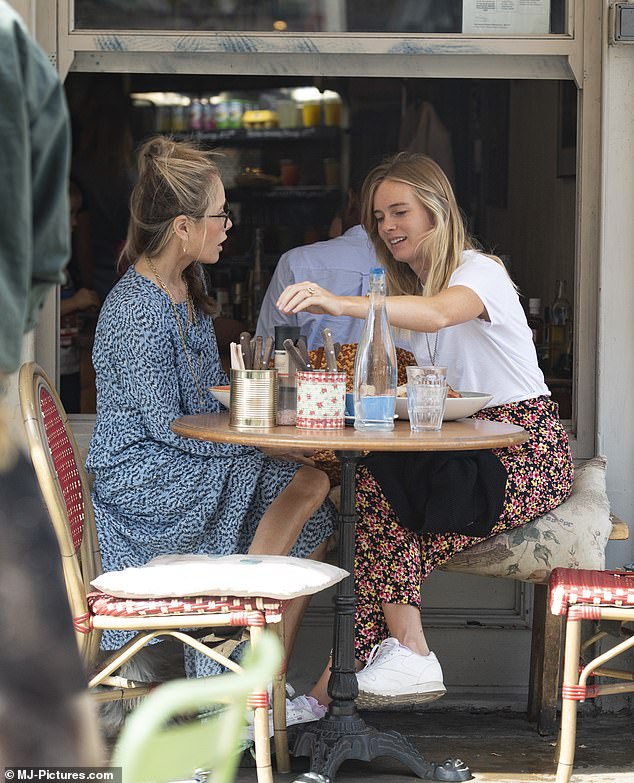 The women appeared to be enjoying their al fresco lunch, and could barely stop grinning as they chatted away 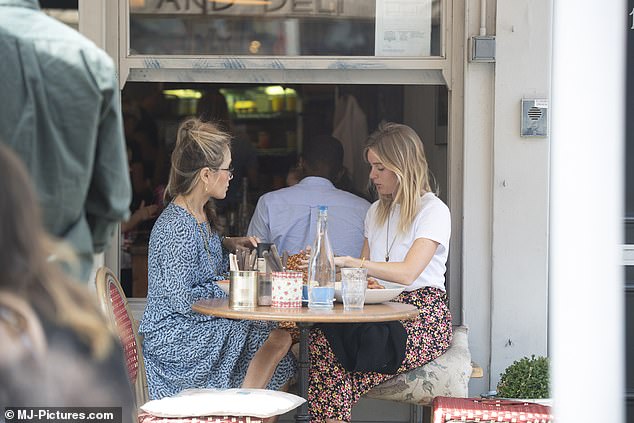 Cressida appeared relaxed as she chatted to her friend, at one stage taking off her cardigan in the warm summer’s heat

They were also joined by Cressida’s friend’s dog, whom the actress was seen embracing at one stage in the meal.

It’s the first time that Cressida has been seen in London since getting engaged to Harry Wentworth-Stanley earlier in August in Nantucket.

Cressida first dated Harry, an old Harrovian and the son of the Marchioness of Milford Haven, before her romance with Prince Harry and they reunited in 2017.

The lovebirds have kept their romance relatively low-key, but have been spotted at a host of glitzy events together as far back as early 2017. 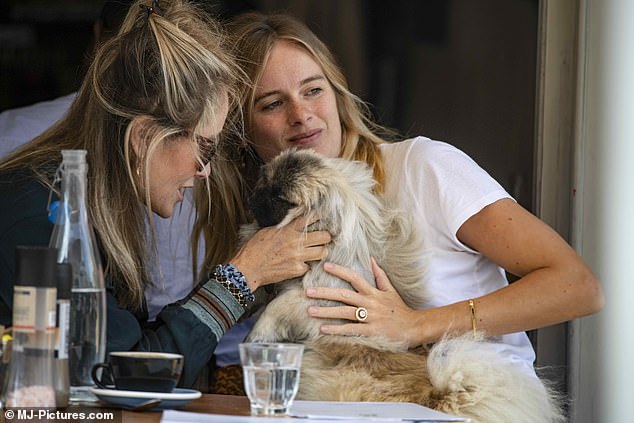 Cressida’s friend also bought a furry dog to the cafe, which the actress scooped up and snuggled 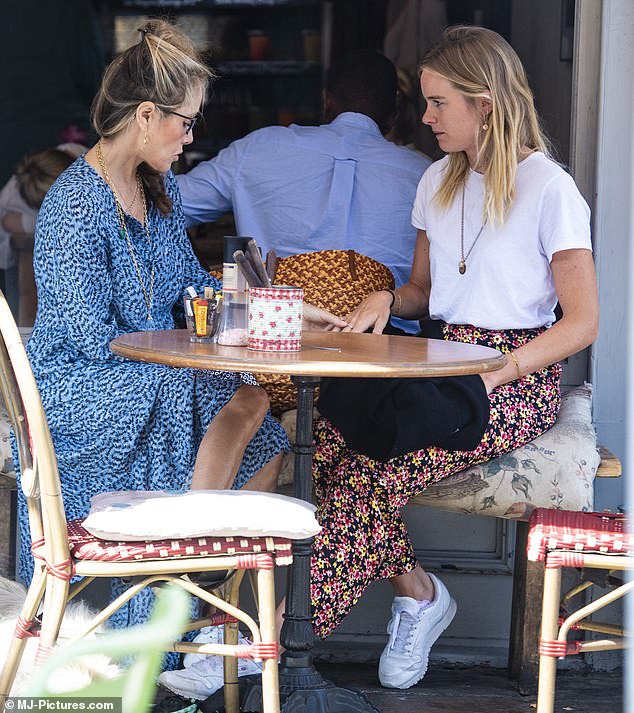 The women looked relaxed as they chatted away at the lunch, but couldn’t keep their eyes off Cressida’s ring

Cressida dated Prince Harry between 2012 and 2015. The prince is thought to have regularly written to Cressida while serving in Afghanistan.

She is said to have struggled with the pressure of royal life during her ill-fated romance with the Queen’s grandson.

However, the pair remain on good terms and Cressida even attended Harry’s wedding to Meghan Markle at Windsor Castle last May, alongside fellow ex Chelsy Davy. 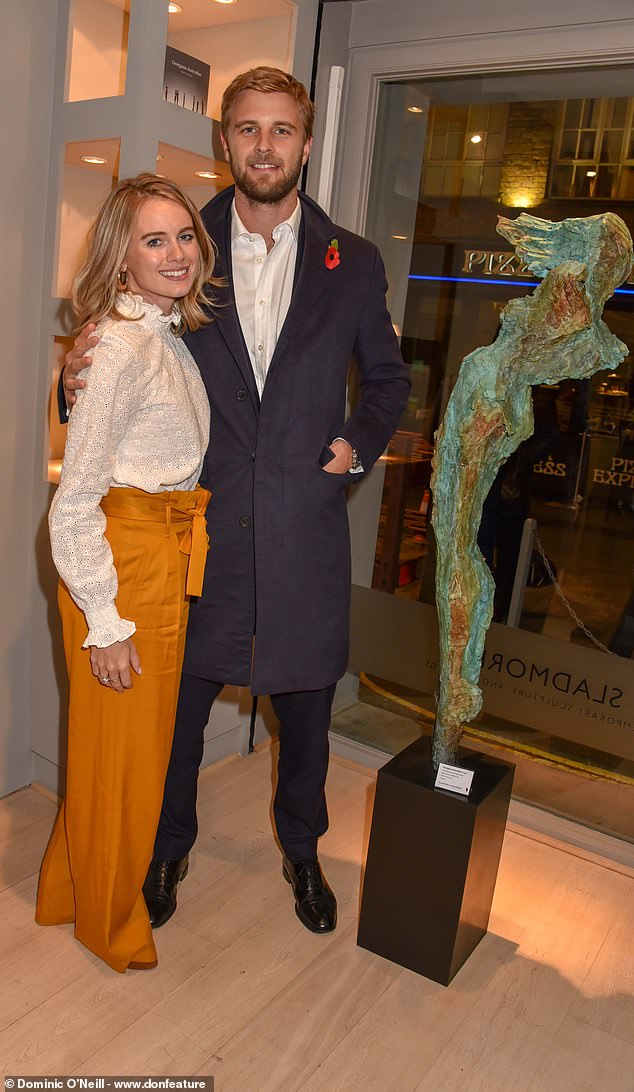 Cressida and Harry Wentworth-Stanley announced their engagement earlier this month after two years of dating, pictured together in November 2018