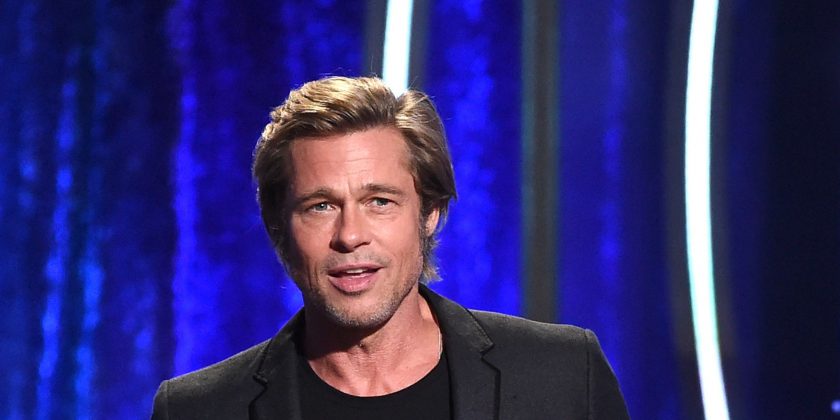 LOS ANGELES – Brad Pitt is back and looking “crazy hot.”

The actor, 54, made a rare but impressive public appearance at Sunday’s Hollywood Film Awards to present an award to director Felix van Groeningen for “Beautiful Boy.” Pitt skipped the red carpet and caused a stir in the audience when he walked out on the stage.

“We should call the show ‘Crazy Hot Caucasians,’ ” she joked from the podium. “It’s very steamy back there.”

Pitt, in throes of a bitter divorce from Angelina Jolie, looked healthy and vibrant, with his blond hair swept back and wearing a black T-shirt and black jacket. He kept his remarks from the podium brief in introducing the Belgian director; Pitt is a producer on the drama.

“When meanness is so loud, what better sound than that of hope?” Pitt said.

Also: Could Brad Pitt and Angelia Jolie go to trial over the kids?