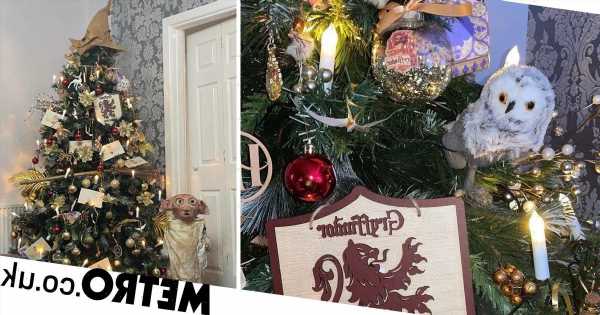 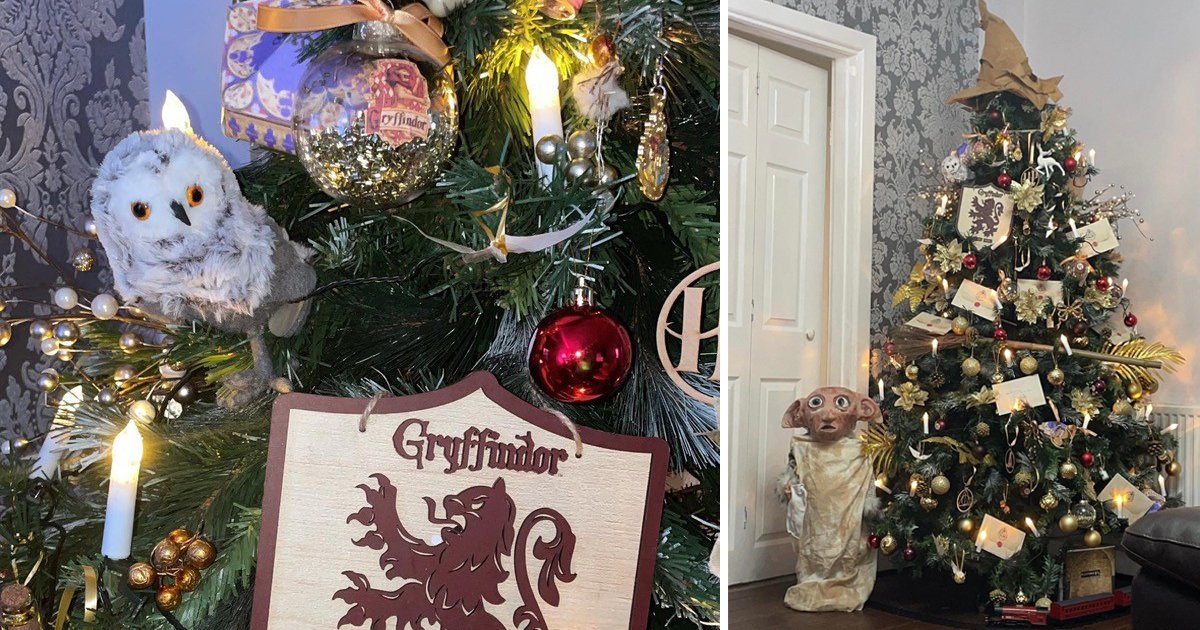 This week, people across the country will be decorating their Christmas trees.

And whether you prefer weird and wacky themed decorations, or a simple colour scheme – there are plenty of ways to make a statement with your yuletide decor.

But one crafty mum decided to pay tribute to a particular film franchise by giving her Christmas tree a magical makeover.

Every year mum-of-three Louise Howard gives her tree a theme. Last year she payed homage to The Grinch, but this time around she used the family’s love of Harry Potter for her inspiration.

Rather impressively, Louise’s Christmas tree is actually 20 years old, as every year she reuses it – mixing things up with a fresh theme, to give it a new lease of life.

‘I purchased it for my daughter’s first Christmas – and she is 21 next month,’ the 37-year-old tells LatestDeals.co.uk.

‘I’ve used it every year. I would never change it until I really have to. It was from Woolworths and has been through three house moves.’

While initially the family were doubtful whether they could make their Harry Potter theme festive enough – they eventually made it work with some creativity.

Louise first took a trip to B&M and Home Bargains to see what bits and bobs they had. After finding some burgundy and gold Gryffindor-style baubles, the crafty mum printed some Potter-themed images from Google and stuck them on.

She also purchased a sorting hat and floating candles from Amazon.

Louise then printed some chocolate frog boxes and even transformed some Ferrero Rochers into golden snitches. After, she used the chocolate box to stick a Platform 9 and 3/4 sign to.

Following this, she picked up a Harry Potter writing set from The Range – which she used for decorative envelopes.

The family also dressed up an old Santa figure they had with a Dobby mask to make the familiar character.

But there was still lots of space to fill.

Louise added: ‘I also ordered little glass bottles with lids, which the children filled with different colour creams and lotions to make potion bottles and stuck tiny labels to them.

‘I sold all of the Grinch baubles, the Grinch body and Cyndi Lou pigtails from last year for profit so that funded this year’s tree.

‘I also made a last-minute purchase of a Hogwarts Express, which cost £65 on Amazon – but it totally needed it.’

In total, the whole tree cost Louise £92 – plus the decorative train was another £65.

Louise says she plans to keep some bits for future themes and will eventually sell the train, hat and baubles to fund next year’s tree.

Overall the family are thrilled with the enchanting results and are pleased they kept costs low and managed to recycle old bits and pieces.

Louise said: ‘We really love it now it’s done. The pictures don’t do it justice at all. It looks so much better in person.

‘My tips would be to laminate things for your theme before you buy bits to go with it, as the laminated pieces fill the big spaces and would keep costs down.

‘To cut costs, I would miss out the Ferrero Rochers and use gold baubles instead. The envelopes could also have been printed to save money.

‘The stickers on the baubles could always be pulled off to use for another theme another year.’