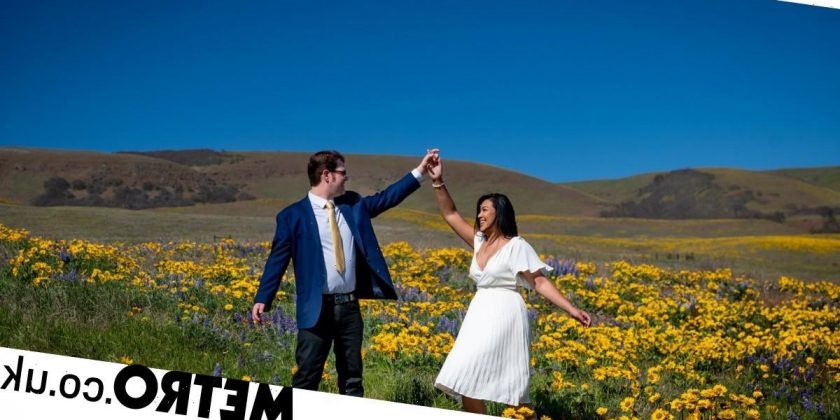 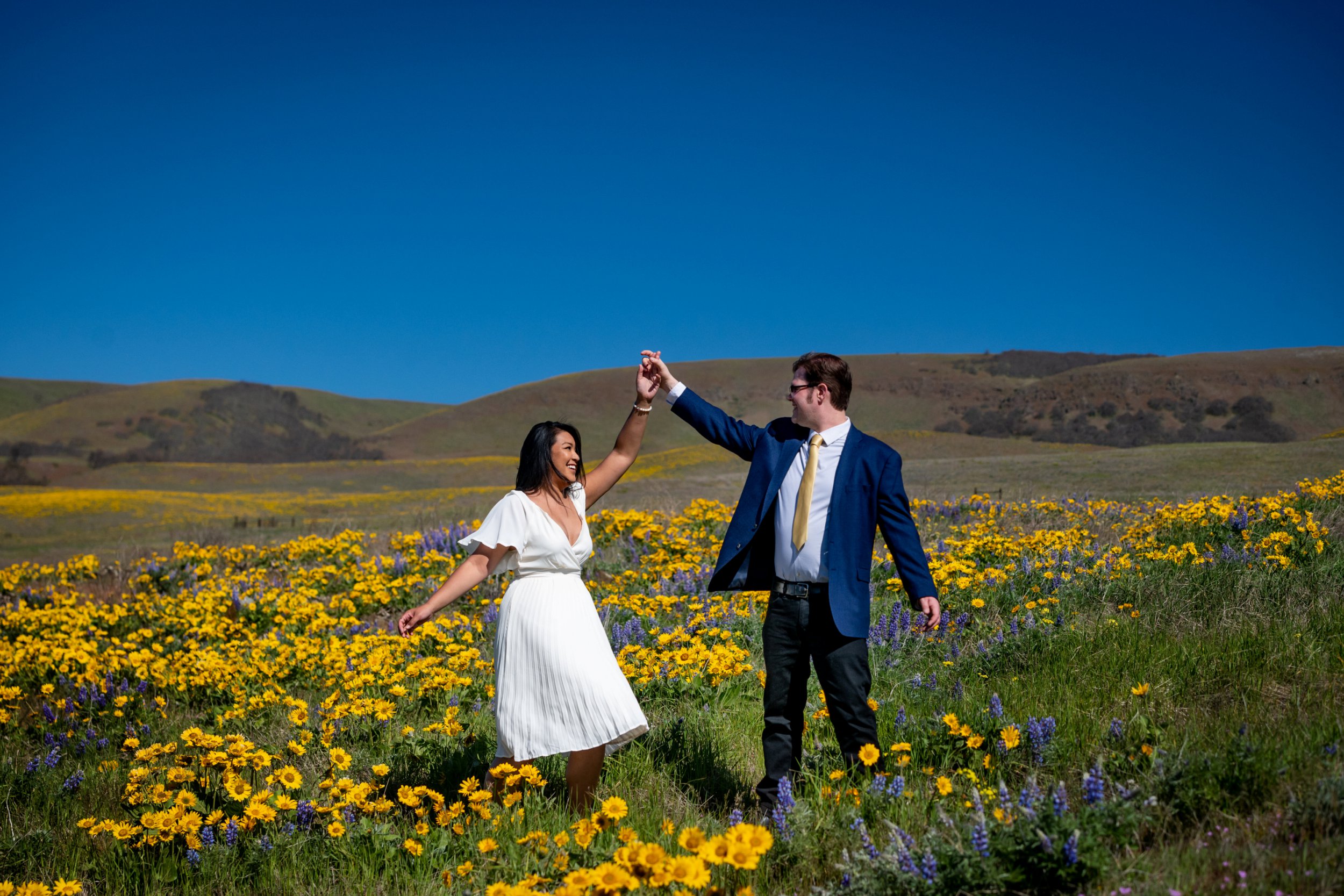 Now here’s a great ‘how we met’ story.

When they each heard about the marijuana online community High There, they signed up in search of smoking buddies – and found each other.

Together they explored all manner of getting baked, from doing dabs to swapping tips on blunts versus bongs.

And along the way, love started to blossom.

Brennan, a chef, said: ‘My roommate at the time came up to me and was laughing about High There and it was just really funny that there was this social app for cannabis users.

‘I made a profile and treated it like I’m looking for friends I could meet to just hang out and smoke with.’

Jessica, a freelance content creator who joined the site a year after Brennan, said: ‘I kind of emerged into the online dating scene pretty late in the game and I just didn’t want to get onto Tinder or Bumble.

‘I really wasn’t even looking for anything romantic when I got on High There.

‘I was looking for cool stoner girls, but I had it open to both, and Brennan and I matched.’

The pair found that chatting on the site helped to break the ice, reassuring them that they were on the same page about a subject that can be controversial.

‘I needed somebody who understands that this is a recreational thing for me,’ Brennan said.

‘A lot of people that I dated in the past had adopted the stigma too highly.

‘I don’t really drink; I would much prefer to get stoned and do stuff. It was important that somebody had that mindset as well.’

Jessica, of Las Vegas, agreed: ‘In my past relationship it wasn’t a shared interest, and it was tough.

‘By the time I was ready to be on any sort of apps I was very set in my mind that I wanted them to be open-minded.

‘They didn’t need to smoke as regularly as me, but at least have an understanding.’

The pair started out with small talk, discussing what they were smoking and their preferred video games.

After a while chatting online, they decided to meet up IRL.

On their first date, they got drinks and shared a vape pen while walking around Portland, Oregon – and knew there was a real connection.

They became a couple a few months later, and in June 2019 they got engaged.

Finally, in May 2021, the pair tied the knot in a small ceremony by a waterfall.

While High There served as a dating site for the couple, they both still have profiles on there – but purely for platonic smoking chat (and Brennan also uses his to promote his Twitch stream).

The couple moved from Oregon to Las Vegas in 2021 and said they probably wouldn’t move to any place where cannabis isn’t legal.

Jessica said: ‘We prefer smoking flower, I like using a bong (or water pipe) and Brennan enjoys joints and blunts, etc.

‘We recently got into dabs and enjoy edibles here and there.’

Collectively, the married couple smoke about a quarter ounce each week.