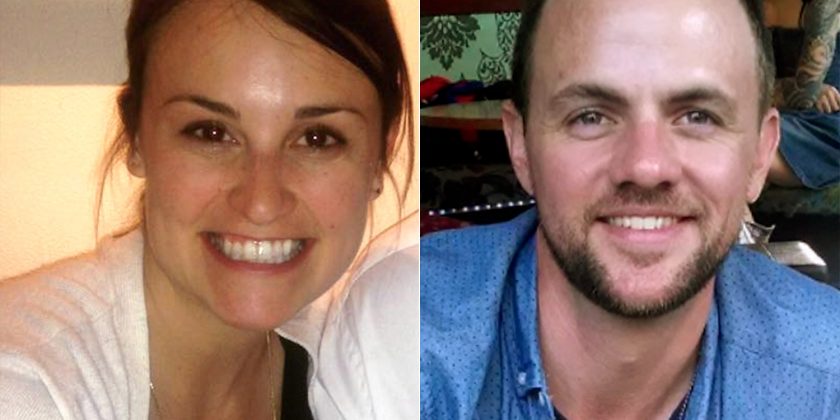 A New Jersey couple traveling to their wedding last week were killed in a fiery automobile crash involving at least five tractor trailers, according to reports.

Kate Schurtz and Joseph Kearney were en route to Pittsburgh, Pennsylvania, for their wedding when they were struck by a tractor-trailer traveling westbound on Interstate 78 in Berks County around 2:30 p.m. local time, WNBC reported. The tractor-trailer pushed the couple’s vehicle into another, launching a pileup of five total tractor-trailers.

The couple’s car and two of the tractor-trailers caught fire, according to WNBC.

Pennsylvania State Police did not immediately respond to PEOPLE’s request for comment.

“Our nephew Joseph Kearney and his beautiful fiancé Kate Schurtz were killed in an automobile accident on their way home for their wedding to be held that day,” an apparent relative, Mary Heinle, wrote in a Facebook post.

“Our memories will help carry us through. They were truly the brightest shining lights snuffed out way too soon.”

Kearney is from Pittsburgh while Schurtz grew up in Fanwood, New Jersey, according to News 12 New Jersey. She is reportedly the daughter of former Fanwood councilwoman Karen Schurtz.

“She will be remembered for her voracious appetite for reading, love of cooking, and trailblazing new adventures with Joseph,” her obituary states.

Laura Allio wrote in a Facebook post that although she had not spoken with Schurtz in some time, she will not forget the “positive impact” Schurtz had on her.

“I only have great memories with her,” Allio wrote.

“Never forget just how fragile life is. Her family was to be celebrating her wedding, not her and her fiancé’s deaths this weekend.”

The tragedy comes just a few weeks after a newly married Texas couple, Will Byler and Bailee Ackerman Byler, died in a helicopter crash shortly after taking off from their wedding.