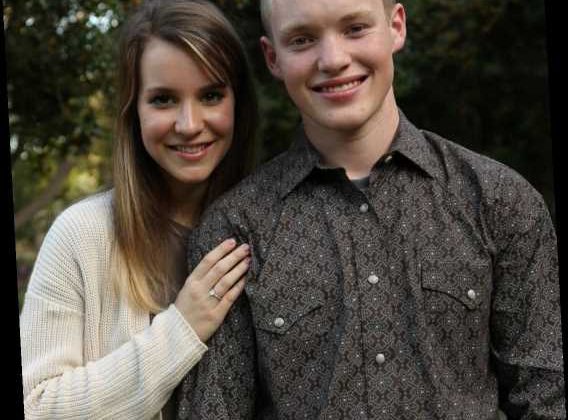 Counting On's Justin Duggar and Claire Spivey just took a major step in their relationship: They're engaged! Find out what the couple had to say about the news. 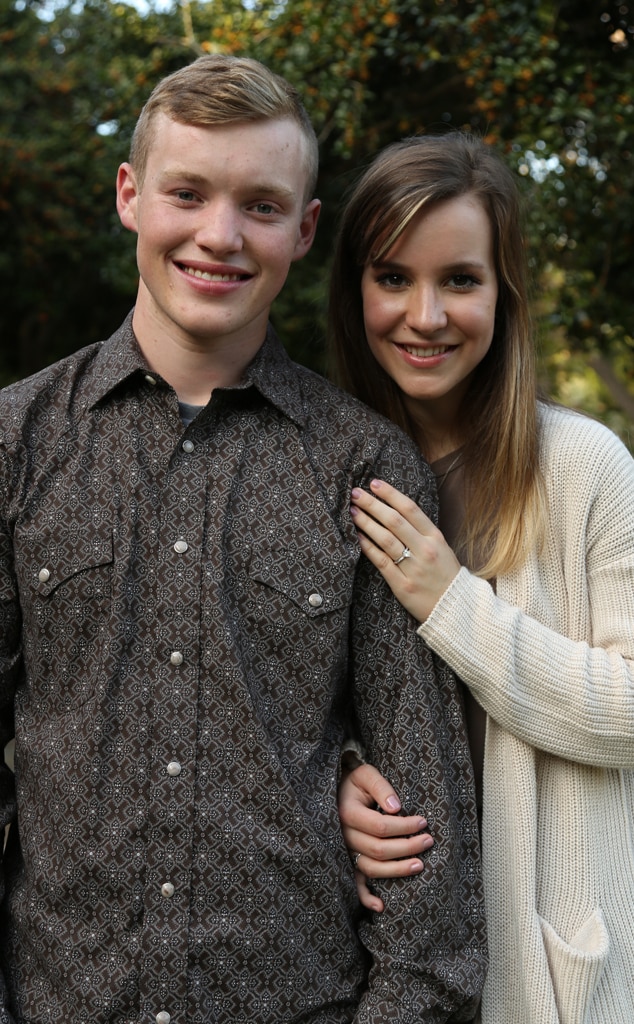 It's official: Justin Duggar is ready to spend forever with Claire Spivey.

Just two months after courting the 19-year-old, the Counting On star has taken a major step in his relationship. On Monday, Nov. 16, Justin shared the sweet and special news that he's engaged to Claire.

"So excited to announce that we are engaged!! I will never forget the look on her face when I slid the ring on her finger," he captioned his post. "We look forward to the day that we get to begin the rest of our lives together!"

Justin's big sister, Jill Duggar Dillard, couldn't contain her excitement over his news and replied, "Congrats bro! Being married to your best friend the best!!!"

Of their engagement, the couple told TLC they are in pure bliss.

"There is nothing comparable to finding the one you are meant to spend your life with," the duo said in a joint statement. "We know we have found that in each other. We cannot wait to be married and are looking forward to a life together of faith in Christ, love for one another, and happiness!"

"We are so excited, I just proposed to Claire," Justin told the TLC cameras, which was shared on the network's website.

"When I saw him get down on one knee and dig in his pocket, I was like, 'I can't believe it,'" Claire revealed. "I've been waiting for this moment but actually seeing it happen, it was pretty surprising."

Justin explained that he spoke to his future wife's parents ahead of the engagement and "got their blessing" to take this next step in their romance.

At this time the pair is keeping details of the proposal to themselves, however, their engagement will be documented on the upcoming season of Counting On.

Back in September TLC and the Duggar family announced Justin and Claire's courtship.

"Claire and I are excited to share that we are in a courtship," the son of Jim Bob Duggar and Michelle Duggar said. "God brought Claire in my life and I wasn't really expecting it, but he brought her along right when I needed her. Ever since then I knew she was the one."

Claire added, "Something I really admire in Justin is how serious-minded he is, but his ability to have fun and to see the bright side of things no matter what. He always looks for the best in people and I want to be more like him every day."

As some fans of Counting On will know, the Duggars and Spiveys go way back. The two families have known each other for more than 20 years. And like the Duggars, Claire comes from a large family. She is the eldest of six children.

Surprisingly, the couple first met in the spring of 2019.

Fact-Checking The Crown: How Does It Compare to Reality?

While Justin's parents have yet to publicly comment on his engagement, they did express their excitement over his courtship with Claire.

"Congratulations on your relationship, Justin and Claire," Jim and Michelle shared on Instagram in September. "When Justin couldn't stop talking about what a great girl Claire was, we knew it was only a matter of time before he would make it official!"