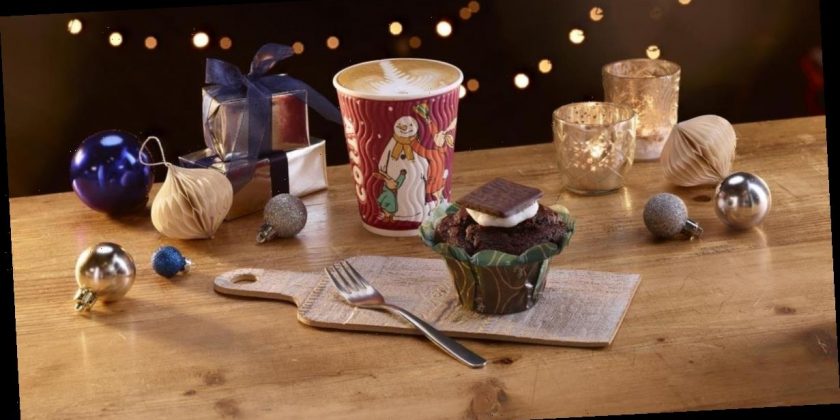 The cafe giant’s festive lineup looks even more exciting than it usually is.

It includes an After Eight muffin, which consists of chocolate cake filled with a minty sauce.

Icing and an After Eight decorate the adorable Yuletide item.

Customers can pick the muffin up from November 3 – and it will retail for around £1.97.

This isn’t the only new sweet treat on the menu as Lotus Biscoff “cheezecake”, vegan Father Christmas gingerbreads and shimmer cakes have also launched this year.

The choccy cake is filled with citrusy sauce and topped with a segment of the Christmassy chocolate.

It’s slightly cheaper this year as VAT has been slashed.

Punters can expect to pay around £1.97 for the wintry menu item.

If you prefer something more traditional, you’ll be pleased to know mince tarts and Christmas fruit cakes are returning for 2020 too.

Now that we’ve got the sweet menu items sorted, let’s talk you through the savoury options.

Costa has got very fancy with its selection this year.

Customers will be able to pick up a £5 lobster toastie made from responsibly sourced seafood in a béchamel sauce.

Coffee fans will also be able to get hold of British pork and bramley apple sausage rolls for £2.19.

A vegan “turkee” festive sandwich is also being launched for the first time.

And for returning items, two customer favourites are making a comeback.

You’ll soon be able to get your hands on Brie, maple bacon and cranberry stonebaked paninis and British turkey and the trimmings toasties.

Which menu item catches your eye? Let us know in the comments section below.