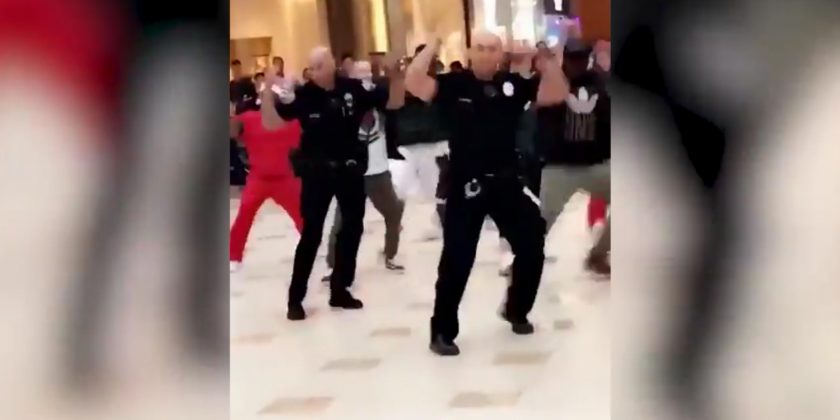 Never judge a cop by his cover.

This Florida police officer and his partner appeared to be breaking up a flash mob at a mall in West Palm Beach last week, but surprised everyone when they started breaking it down with them, instead.

“#AventuraPolice taking a moment to celebrate the holiday spirit with @AventuraMall shoppers!” tweeted the Aventura Police Department, who was apparently in on the live performance.

A local choreography group — known as Sean’s Dance Factory — took part in the Dec. 18 flash mob and posted footage of it online. The videos have racked up thousands of views over the past few days.

“For all this people who hate cops, this was a taste of the humanity they share with us,” another said. “They too just want to have fun and enjoy the day.”