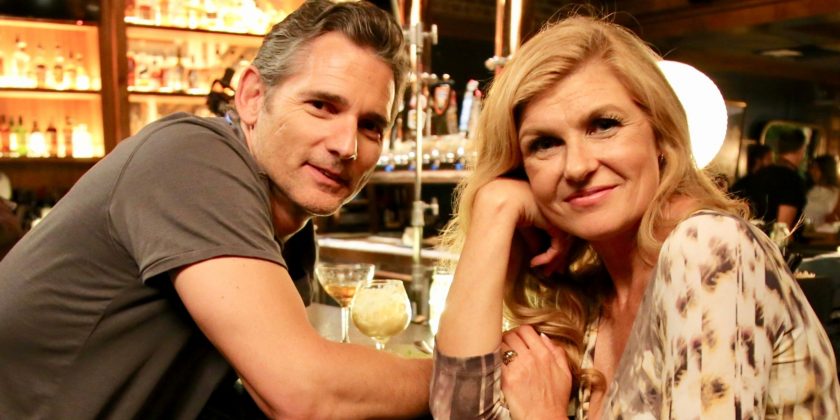 In “Dirty John,” Bravo’s limited  series about con artist John Meehan, who preyed on a single mother with lies and charm, he looks a lot like Eric Bana.

At least Bana (“Hulk”) is playing the attractive, 6-foot-2-inch  criminal   in the glossy retelling (Sunday, 10 EST/PST) of the popular podcast, based on a true story.

Connie Britton (“9-1-1,” “Nashville”) plays Debra Newell, the successful interior designer who falls for him, despite the fact that, as she later learns, he has a history of drug use, aggressive behavior and stealing money from women he courts. (One of Newell’s daughters, played by Juno Temple, is immediately suspicious of her mother’s new suitor).

The two get together and secretly marry before Newell starts to figure out that he’s after her money and threatening her children.

“It’s a bit like the shark in ‘Jaws,’ ” Bana says of Meehan, who’s referenced but never heard on the podcast. “It gave me more freedom to come up with a version of John that I thought would be interesting, because the real guy was kind of boring, and there was a lot about him that was a bit pathetic. I was mindful of the fact that if we were not careful, he would be a caricature.”

Bana has also  “played worse, for sure,” says the actor, who starred as the military policeman jailed for committing atrocities in 2017’s  “The Forgiven.” “I don’t restrain myself in that regard.”