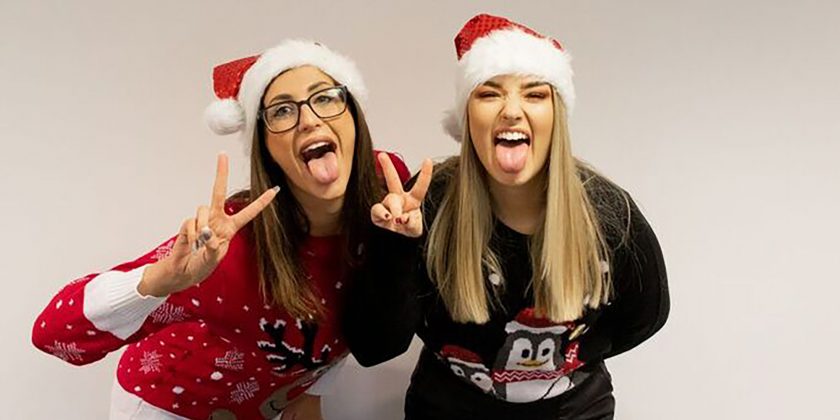 Meet Shannan Weeks, a 24-year-old account manager at Adult PR, an agency with a motto: “Help your brand reach its climax.”

“It’s definitely an experience, to say the least,” Weeks says with a chuckle.

While she says a lot of the X-rated industry is “actually very tame,” the adult-entertainment conferences that she and her fellow reps attend get quite wild — especially the German ones.

The sexpos may be jaw-dropping at first, but industry reps quickly become jaded, says Weeks, and soon, “you’re not shocked by it anymore.”

Sure, he was overwhelmed on Day 1, Ryland says. But by the final day, “people were doing all sorts of things — and we’re just sitting there, eating a salad.”

While it’s standard for p.r. firms to get complimentary gifts and products from potential clients, those in the world of adult p.r. get a very specific type.

“We get sex toys sent to the office, and they ask if we can give it a go and say what we think,” says Ryland. “We say to the team, ‘Who’s comfortable to do this?’ ”

Although Adult PR is based in the United Kingdom, Weeks says many of their clients are based in America — in part due to the stigma of reaching out for representation from a local agency when what you’re doing isn’t totally puritanical.

“People have been threatened,” says Ryland of those in (and representing) adult industries, which makes Adult PR’s distance attractive. “They can’t [threaten] us — we’re across the pond.”

Not all Brits are so friendly, though, and sometimes misunderstand the separation between rep and performer.