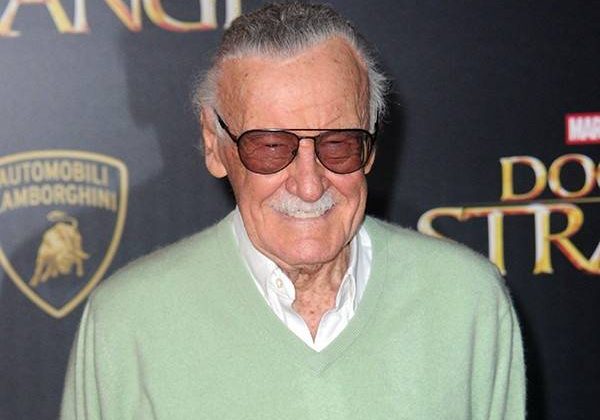 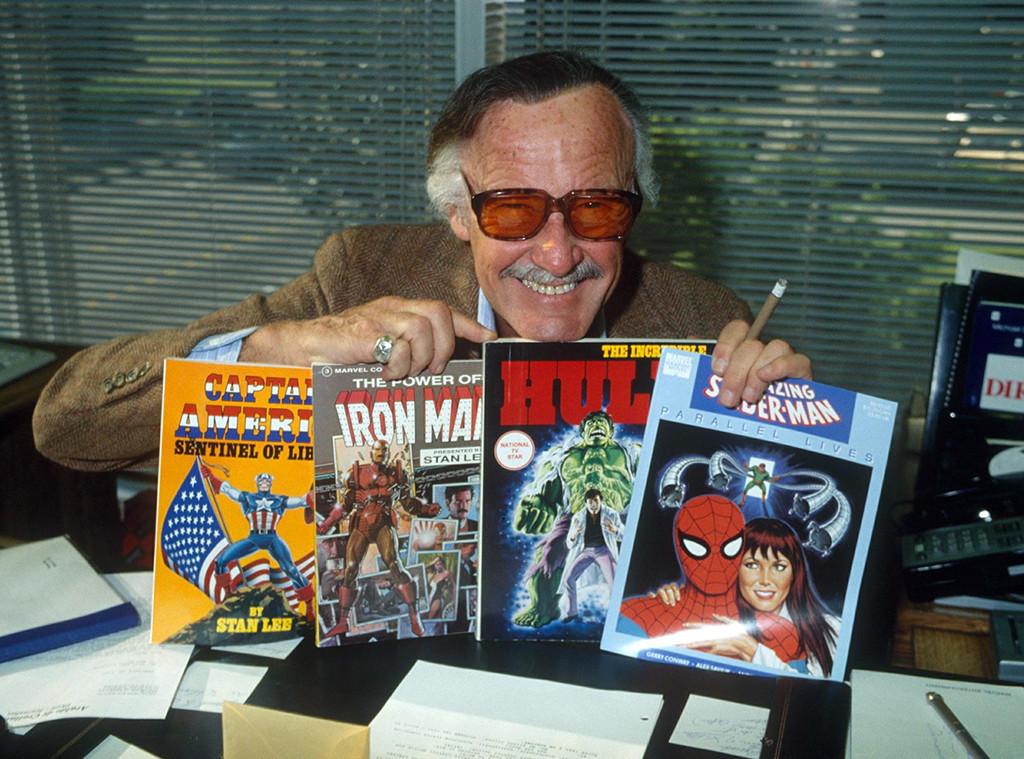 Where does one even begin when it comes to Stan Lee?

For starters, the movie business wouldn’t look like it does today without him. The writer couldn’t have envisioned when he first put ink to paper in 1939 that he’d be creating some of the most iconic, recognizable characters in the universe—Marvel or otherwise—or that he’d become a superhero himself among comic book fans.

Lee died Monday, according to multiple reports. He was 95 and had been in frail health for some time, but still had writing, producing and cameo projects in the works, all stemming from his role as creator of Spider-Man, Iron Man, the Incredible Hulk, Doctor Strange, Thor, the Silver Surfer and the X-Men, to name a few.

The sprawling film franchises featuring these characters have grossed billions of dollars, turning superhero movies into the lifeblood of the big-budget blockbuster industry and prompting Disney to buy Marvel Entertainment for $4 billion in 2009. 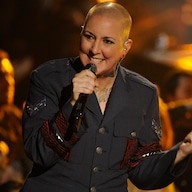 “I was stupid in a business way,” Lee reflected to The Hollywood Reporter in 2016. “I should have been greedier.” 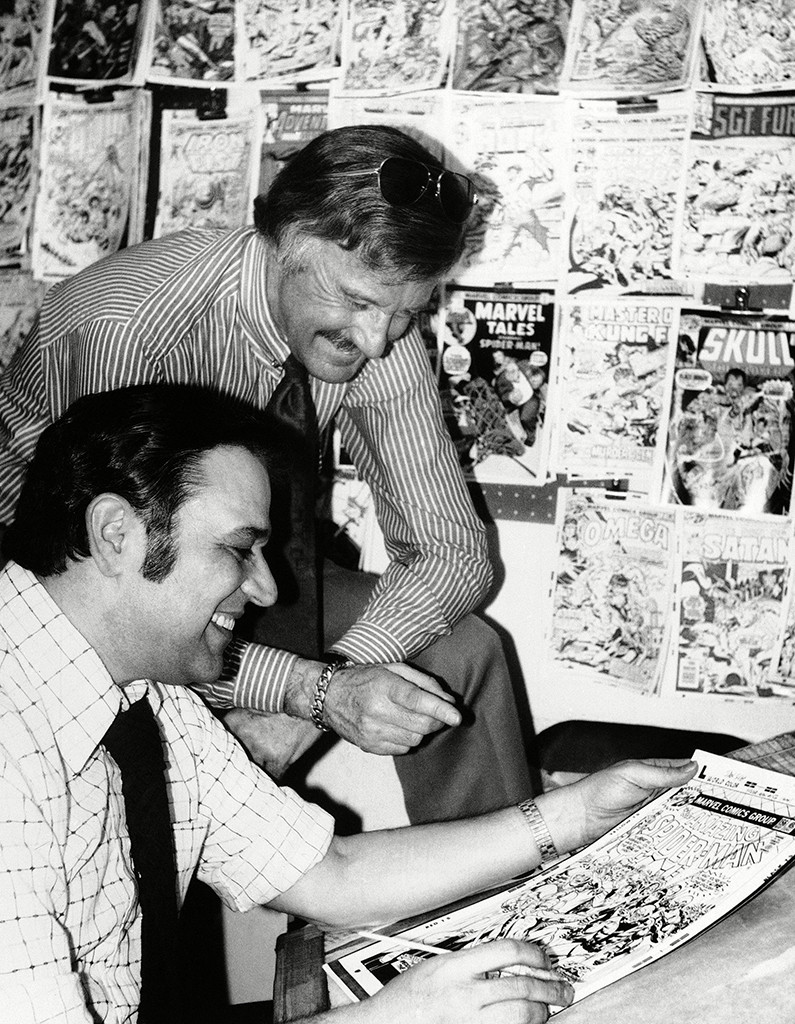 It all started with “Captain America Foils the Traitor’s Revenge,” a filler story in Captain America Comics #3 and his first work under the pseudonym Stan Lee (he was born Stanley Martin Lieber). Captain America was co-created by Joe Simon and artist Jack Kirby, the latter of whom would become Lee’s primary creative partner for years until a still-controversial rift over giving credit where it was due sent Kirby packing for rival DC Comics in 1970.

Lee’s first original creation was the Destroyer, who debuted in Mystic Comics #6 in 1941, but he put comics on hold while he served in the Army in World War II. He rejoined what would later become Marvel Comics in the 1950s and worked in a variety of genres, comics then being a primary source of entertainment for boys and girls that included detective, romance, Westerns, horror and sci-fi stories.

When he was on the verge of quitting the whole business, Marvel tasked him with creating superheroes to rival The Flash, the Justice League of America and whatever else DC Comics was churning out—and  Lee and Kirby’s first answer was The Fantastic Four, in 1961. 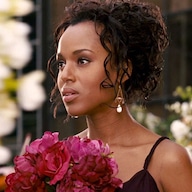 They would go on to create the characters who would make up The Avengers, as well as revive World War II-era heroes such as Captain America and the Sub-Mariner.

Lee and artist Steve Ditko‘s The Amazing Spider-Man would become Marvel’s best-selling title in 1966 and most successful character overall, while Lee and Kirby continued to tell progressive tales within The Fantastic Four series; they introduced Black Panther in issue No. 52, the first black superhero in mainstream American comics.

After Kirby’s departure, Lee became publisher of Marvel Comics and became the de facto face of the Marvel Universe—a status that wouldn’t change even when the business was no longer in his hands. 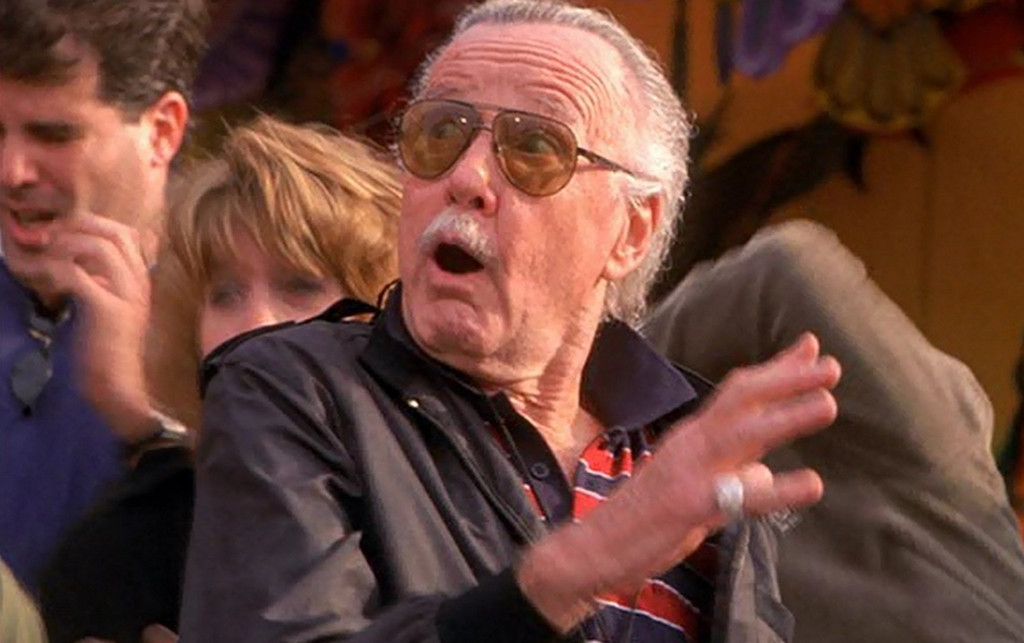 Despite a years-long copyright battle that culminated in a federal court ruling in 2013 that Disney had full control of the Marvel stable of characters, in addition to writing and executive-producer credits across the board he also had cameos (some uncredited, but mostly credited) in every major Marvel film made in the past two decades, from the first X-Men and Iron Man to Avengers: Age of Ultron, Ant-Man, Deadpool, Doctor Strange and Spider-Man: Homecoming. According to IMDb, his streak will likely continue posthumously with the upcoming Thor: Ragnarok and Black Panther.

He had sold his movie points (his back end percentage of the Marvel films) for a reported $10 million, plus $1 million payout each year moving forward, in 1998.

Lee sang The Avengers director Joss Whedon‘s praises at Dragon*Con in 2011, ahead of the film’s release, saying Whedon knew “just how to do it.”

“There was only one thing,” Lee added, per ComicBookMovie.com. “When I was doing my cameo for The Avengers, after the third take, he asked could I take off my glasses because somehow the flash of the floodlights were hitting the lens and there was a glare. So I did my cameo without wearing my glasses—so the chances are you won’t even recognize me. That was the only decision he made that I felt shouldn’t have made.” Lee laughed. “He should’ve fixed the lights.” 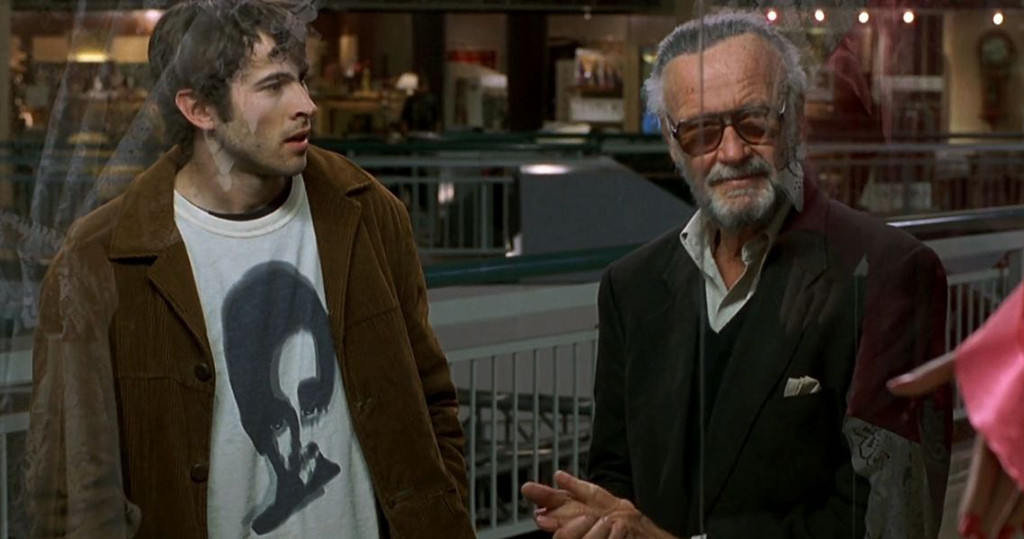 He also made a memorable appearance as himself in 1995’s Mallrats, in which he dispensed rock star-worthy relationship advice to Jason Lee and Jeremy London‘s comics-loving slacker characters.

“94 years ago, a god was born who’d bring us heroes that’d fuel both our imaginations and our aspirations. Happy Birthday to @TheRealStanLee!,” Mallrats director Kevin Smith tweeted on Lee’s 94th birthday on Dec. 28, 2016.

About the storied issue of whether or not Lee unfairly monopolized credit that was due Jack Kirby, who died in 1994, Lee told Playboy in 2014 that he wanted Kirby—who maintained freelance status throughout their pop culture-altering run—to be Marvel’s permanent art director, but the artist turned him down, twice. 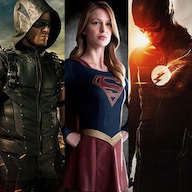 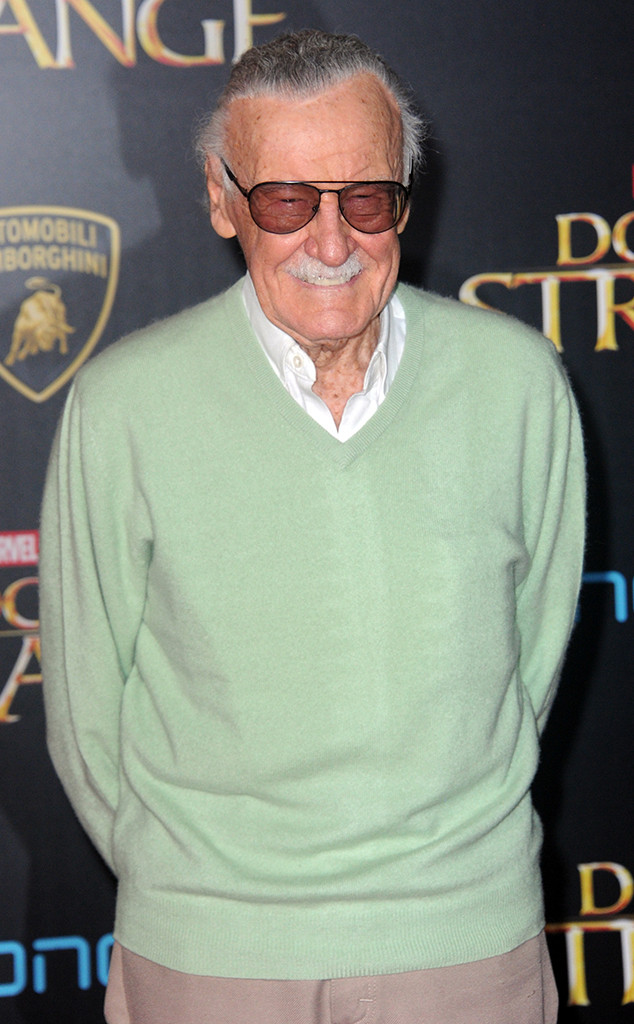 “I would have loved him to work side by side with me,” Lee said. “I used to marvel at the way Jack drew. He would draw something as if it had appeared in his mind and he was just tracing what he had thought of already. I never saw a man draw as quickly as Jack did. ‘Come work with me, Jack,’ I said. But he said no. He didn’t want a staff job. With him, as with Ditko, I don’t see where they were unfairly treated.”

Kirby had said in an infamous interview with The Comics Journal that he and Lee “never collaborated on anything! I’ve never seen Stan Lee write anything. I used to write the stories just like I always did.”

But Lee insisted, to Playboy, “I’ll tell you, the last thing Jack Kirby said to me was very strange. I met him at a comic-book convention right before the end [of his life]. He wasn’t that well. He walked over and said, ‘Stan, you have nothing to reproach yourself about.’ He knew people were saying things about me, and he wanted to let me know I hadn’t done anything wrong in his eyes. I think he realized it. Then he walked away.” 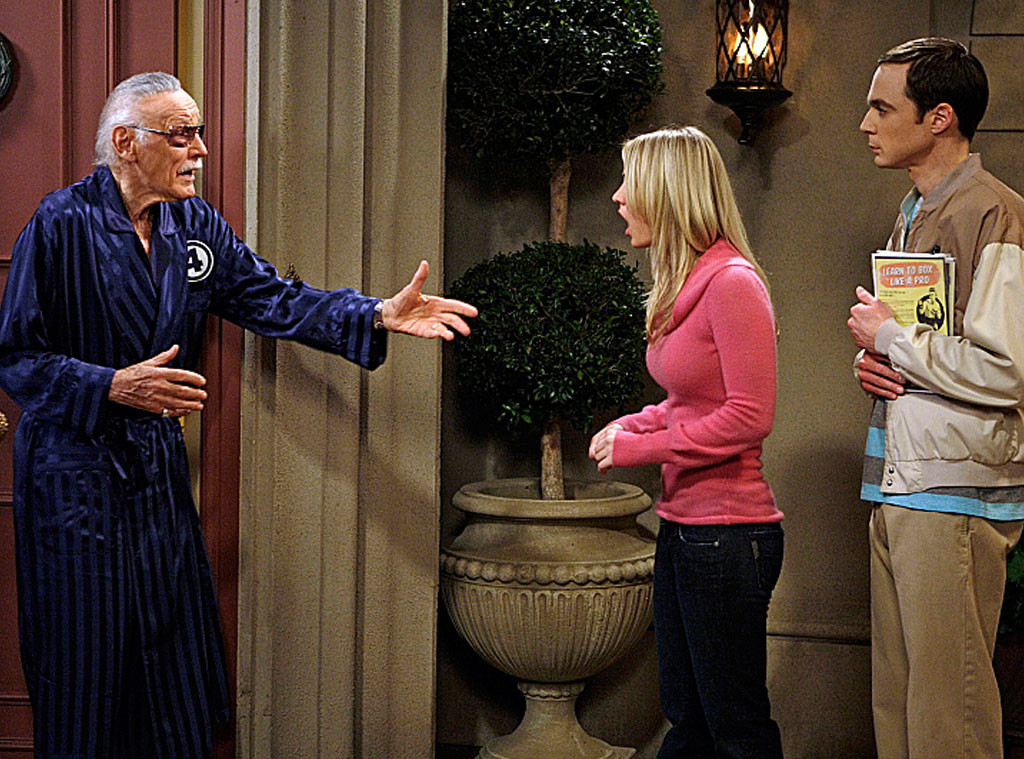 Despite the doubt in Lee’s superpowers that has been lodged in the conversation, ensuring that his true role in the creation of the Marvel Universe a subject of debate among skeptics for years to come, he tirelessly churned out new stories—from political humor to Manga to his 2016 digital graphic novel God Woke—and helped keep the old ones alive for the rest of his life. 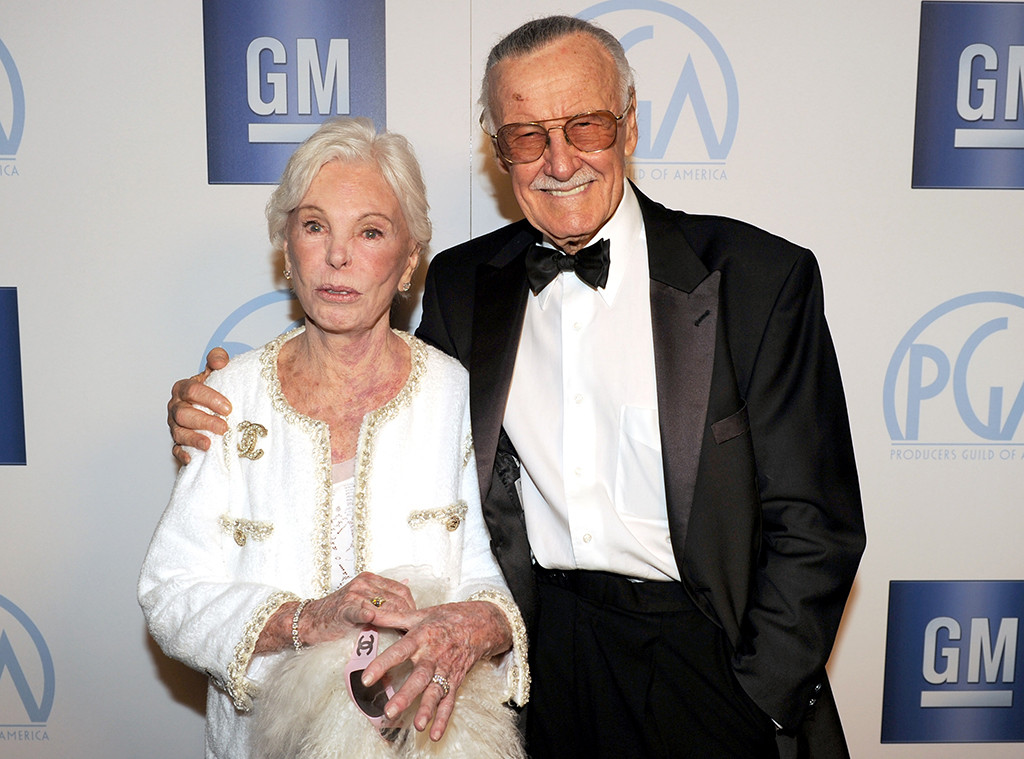 He had a pacemaker installed in 2012, which prompted a few cancellations, but otherwise he remained on the go despite failing eyesight, which he acknowledged in January 2016 in an interview with Radio Times.

“My eyesight has gotten terrible and I can’t read comic books any more,” Lee said. “The print is too small. Not only a comic book, but I can’t read the newspaper or a novel or anything. I miss reading 100 percent. It’s my biggest miss in the world.”

Earlier this year, Los Angeles police investigated allegations of elder abuse against Keya Morgan, who had been acting as Lee’s business manager and advisor. In a video posted to social media, Lee defended Morgan, saying, “Anybody else who claims to be my rep is just making that story up.”

Lee did still enjoy the fruits of his Marvel labors, however, telling ABC News in 2015 that the dominance of those characters at the box office half a century after their creation felt “wonderful.”

“I have to pinch myself all the time to make sure I’m not imagining it.”

Lee is survived by daughter Joan Celia “J.C.” Lee.  His wife of 70 years, Joan B. Lee, who could be seen making a cameo in X-Men: Apocalypse in 2016 along with her husband, died in July 2017. Another daughter, Jan, died in infancy.