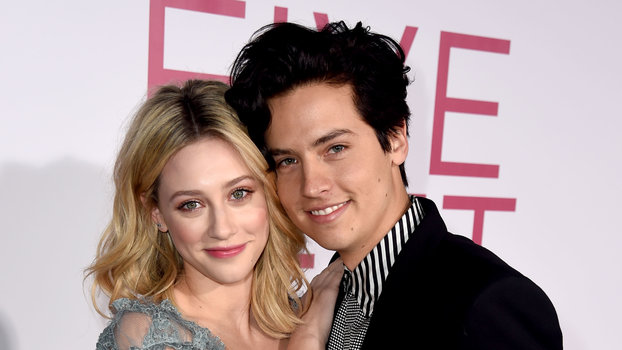 Cole Sprouse and Lili Reinhart are putting the gossip to rest once and for all with photos he shared for her birthday tribute on Instagram.

On Friday, Sprouse posted a set of four photos of the two of them showing some major PDA, writing, "Lil @lilireinhart was born on a Friday the 13th and haven’t I just been so lucky ever since?"

Reinhart, who turned 23 on Friday, recently spoke to InStyle about her "boyfriend," who she said is one big source of help when she gets anxious or stressed. "I feel like, when you're overwhelmed, the world feels bigger than it actually is, and connecting to someone and like talking to my mom or talking to my boyfriend or whatever, helps ground me into being like ‘OK, it's nothing's as bad as I think it is,'" she said.

In another interview with Coveteur, the Riverdale star went a step further and addressed him as "my boyfriend Cole," telling the outlet, "I think I’m leaning in towards a character for Halloween. I think I’m going to do it with my boyfriend, Cole. I don’t want to spoil it if it’s not going to happen, but it’s a TV duo."

Sprouse and Reinhart were rumored to have split up earlier this year (though they never confirmed a split, and even dragged "sources" in sarcastic Instagram posts), but consider this their official means of setting the record straight.