Coca-Cola is restructuring and revamping its brand

The Coca-Cola Company has launched its newest caffeinated beverage nationwide.

Two variants of Coca-Cola with Coffee are available for purchase starting Monday, one of which is said to have “zero sugar,” a company press release announced.

Both versions are packaged in 12-ounce cans and are infused with Brazilian coffee. A single can reportedly contains 69 milligrams of caffeine.

The regular Coca-Cola with Coffee comes in three flavors, including dark blend, vanilla and caramel. Meanwhile, the zero sugar versions only come in dark blend and vanilla.

COCA-COLA SAYING GOODBYE TO HALF ITS DRINK BRANDS 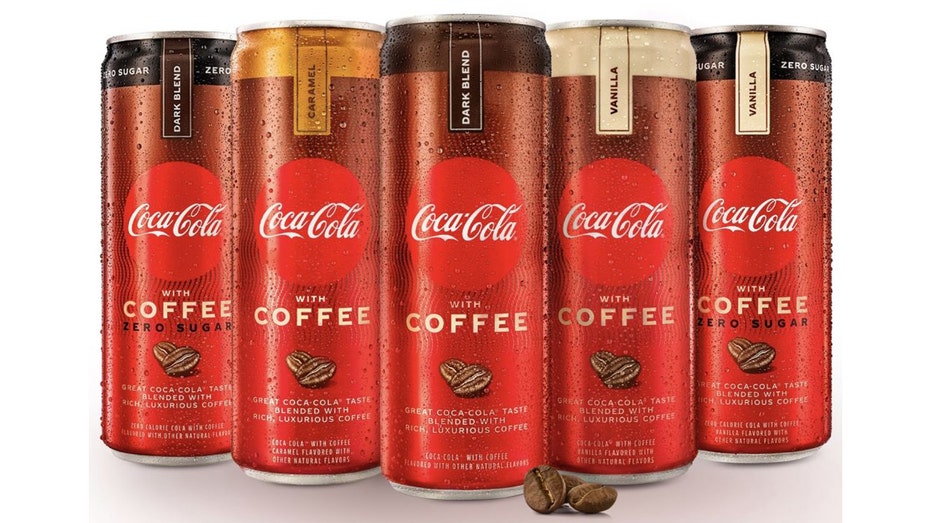 Before Coca-Cola with Coffee launched stateside, the hybrid beverage debuted in Japan back in 2018, and eventually got rolled out into 30 global markets, including Australia, Brazil, Vietnam, Turkey and Italy.

“Coca-Cola with Coffee is a true hybrid innovation that provides the perfect solution for that mid-afternoon pick-me-up we all want, especially in today’s work-from-home environment,” said Coca-Cola Trademark’s Brand Director Brandan Strickland, in a statement. “Many people are often torn between reaching for a soft drink or a coffee at 3 p.m. at work, at school or on the go.”

Strickland affirmed that The Coca-Cola Company created its coffee-infused beverage to bridge the caffeine gap consumers might feel between breakfast and lunch – all without dairy.

Coca-Cola’s soft drink competitor PepsiCo was supposed to launch its own coffee-like drink in April 2020 with Pepsi Café, according to an old announcement. Though, it appears Coca-Cola reached its U.S. debut first despite the current pandemic.

Consumers who live within a 1-mile radius of the Coffee County Walmart Supercenter can opt in for the unique and limited-time delivery.