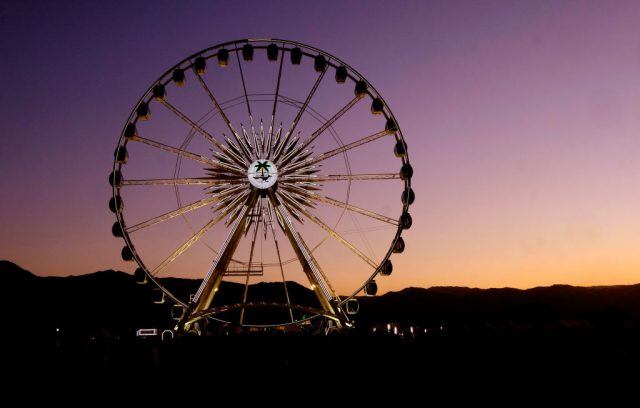 The organizers of the top musical festival of the year have announced the full lineup set to perform at the event in April.

Get ready for some amazing headliners because Coachella 2019 is going to be one to remember!

Who are the headliners?

After an iconic performance by the Queen Bee herself, Beyoncé, fans have been wondering who could possibly top Coachella 2018.

Organizers have announced that headliners for Coachella Valley Music And Arts Festival 2019 will include Childish Gambino, Tame Impala, and Ariana Grande.

‪humbled and excited as all hell @coachella thank u ?? ‬

‪humbled and excited as all hell @coachella thank u ?? ‬

‪humbled and excited as all hell @coachella thank u ‬

Along with those three headliners, the festival will include performances by Solange, H.E.R, The 1975, Khalid, Billie Eilish, Diplo, Wiz Khalifa, Anderson. Paak, Jaden Smith, and many more.

Childish Gambino is set to headline day one of the festival, Tame Impala headlining day two, and Ariana Grande Grande is closing out the festival as she headlines day three.

Grande will be the fourth woman to headline the music festival since beginning in 1999. The singer has some big shoes to fill after Beyoncé SHUT.IT.DOWN last year with a groundbreaking performance (she danced and sang her way through a 105-minute set!).

The festival will run for two weekends beginning April 12-14 and again April 19-21. Tickets for the well-awaited music festival go on sale January 4.

Kanye West will not be performing

There has been a lot of speculation surrounding whether or not Kanye West would be headlining Coachella this year.

Unfortunately, Ye will not be one of the headliners this due to ongoing disagreements about the stage.

West actually considered performing, but it has been reported that the rapper wanted to make changes to the Coachella stage and festival producers did not comply.

According to TMZ, “Kanye made it clear he wouldn’t perform on a traditional 60×40 foot stage because it was ‘artistically limiting,’” a source revealed. “Goldenvoice, which produces the festival, would not allow the stage to be altered or removed for Ye’s performance.”

When Kanye West’s negotiations fell through the cracks, the rapper decided not to partake in this year’s festival.

Who knows, maybe Coachella producers will allow the stage to be altered just for Ye in the future, but for right now fans will just have to see the rapper and his out of this world stage setups another time.

It has been reported that the soulful Justin Timberlake was considered to one of the headliners.

The singer considered performing at this year’s Coachella but recently canceled due to scheduling conflicts.

Just last month, Justin Timberlake announced the cancellation of the remainder of his 2018 tour dates due to bruised vocal cords.

Timberlake plans to resume his tour early this year, but the rescheduled tour dates conflict with the dates of Coachella meaning JT will have to miss out on the festival this year.

Even though fans would have loved to hear some Justin Timberlake hits (i.e. SexyBack) at this year’s Coachella, we understand that he already has set obligations.

Coachella will still showcase some amazing musical acts and for those of us who can’t afford to attend the festival this year, we will happily watch all of the performances on YouTube!