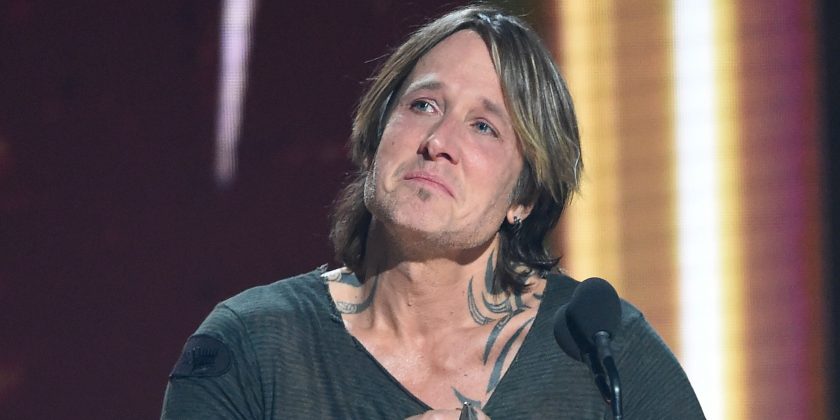 Keith Urban won his second Entertainer of the Year Award on Wednesday night at the 52nd CMA Awards, 13 years after he picked up his first trophy in the show’s most prestigious category.

“Baby girl, I Iove you so much,” Urban said to his wife, Nicole Kidman. “I’m shocked beyond shocked. God, I thank you so much for the blessings of this. I wish my dad was alive to see this, but I think he’s watching over me tonight.”

Earning a win in the category more than 10 years since the last is rare — only Garth Brooks and George Strait can say they’ve done it. But Urban’s 2017-2018 was undeniable. Urban’s “Coming Home,” a duet with Julia Michaels, launched his critically acclaimed album “Graffiti U” this spring, and he’s spent the months since selling out arenas around the country.

The night’s other top winners include Chris Stapleton, who — surprising even himself — won Single and Song of the Year for his “Broken Halos” and Male Vocalist of the Year. He used his Single of the Year acceptance speech to direct attention to the wildfire victims in California, dedicating the win to them.