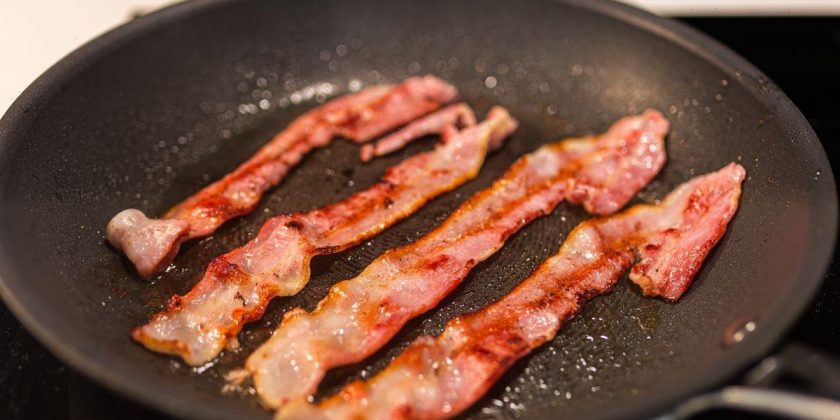 Clogged up sinks can be a nightmare to sort out and if you love a bacon sarnie the main culprit may well be pouring fat down the drain.

However, there is a simple way to keep blocked pipes at bay by preventing any grease and fat from escaping into the plug hole.

All you need is a simple sheet of tin foil which when prepared before you start cooking promises to save you both time and money.

The clip claims to be a "bacon grease tin foil life hack" and is so simple we are kicking ourselves that we didn't think of it. Let's take a look.

The hack was shared by Holly from Canada who says she is never going back after discovering the 'genius' tip.

The video shows Holly frying some streaky bacon which leaves behind a pan of bubbling fat that needs to be disposed of.

The advice is to line your sink plug hole with tin foil before you start cooking to catch the fat which can then be disposed of once it solidifies.

By using the simple technique, the fat isn't at risk of solidifying in your pipes and creating a blockage. The lump of fat collects in the foil and can be chucked straight into the bin.

Blocked sinks can be complicated and expensive to deal with if they are left for too long.

This handy hack skips out buying expensive sink unblockers and promises to keep your pipes unclogged for the price of a sheet of tin foil.

Holly posted her simple hack to TikTok and received almost five million views as well as thousands of comments from amazed users.

However, others saw the hack as a waste of cooking fat.

"What! I always keep it and cook so many meals with it likes eggs, pasta and burgers," a TikTok user wrote.

"You just threw away liquid gold," a woman wrote with a sad face emoji.

"Bacon rendering is like gold. I put it straight in the old coffee can to make gravy, corn bread and green beans," another wrote.

In that case, the hack is still useful – just throw in the fridge instead of the bin!