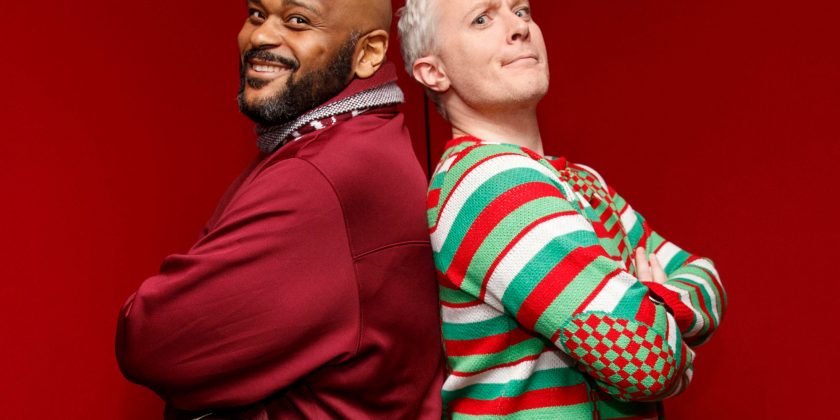 From 2014 to 2017, Mariah Carey owned the Christmas concert circuit in New York with her annual holiday residency at the Beacon Theatre. But with the diva taking her yuletide act to Europe this season, there are not one, but two singers stepping into her red Louboutins: 2003 “American Idol” champ Ruben Studdard and his runner-up Clay Aiken.

“If we had a fifth of the people that come to Mariah, we’d be happy,” says Aiken, adding that Carey will still be there in spirit: “We knew we’d have to sing Mariah’s ‘All I Want for Christmas Is You’ in the show, but to have us sing that to each other was gonna be a little awkward, so we brought the whole cast [including five supporting players] in on it.”

Fifteen years after they battled in an epic finale that, with more than 38 million viewers, was the most-watched episode in “Idol” history, Studdard and Aiken are back together again for some Christmas merriment that includes musical numbers, skits and personal holiday reflections. Although they are described as “two sworn adversaries” in the opening of the show, the pair are anything but.

In fact, this isn’t the first time they’ve shared the stage since their “Idol” showdown. Studdard and Aiken, both now 40, teamed for their “Timeless” tour of classic songs in 2010. And they came up with the idea for their Christmas show after Aiken went to see Studdard’s tour earlier this year in support of “Ruben Sings Luther,” his album of Luther Vandross covers.

“It’s almost like your high-school classmates or high-school reunion. I think about it in the same way,” says Studdard, the “Velvet Teddy Bear” who still lives in his hometown of Birmingham, Ala. — with the 205 area code that he proudly promoted on “Idol.” “I’ve really had a wonderful time working with my friend again.”

Adds the New York-based Aiken: “People still ask us all the time, ‘Are you guys still friends?’ And it’s strange to us that anyone would assume that we aren’t. But when we went back for that finale [of ‘American Idol’ on Fox in 2015], we discovered that competitors from subsequent seasons didn’t and don’t stay in touch with each other. We’ve always stayed connected.”

Still, their paths have gone different ways since “American Idol”: Studdard, divorced with no children, went from becoming a Grammy-nominated R&B artist to competing on “The Biggest Loser” in 2013. Meanwhile, Aiken came out in 2008, finished second on “The Celebrity Apprentice” in 2012 and ran for the House of Representatives in 2014 (winning a Democratic primary in North Carolina but losing the general election).

Could Aiken have imagined back then that “Apprentice” host Donald Trump would go on to become president? “I don’t think any people imagined it,” says Aiken. “I don’t feel like I was working with the same person that is the president right now. I feel like they’re two very, very different people.”

In the only politically minded moment of Ruben and Clay’s Christmas show, the words to “Baby, It’s Cold Out Outside” have been revamped in response to recent controversy about the original lyrics suggesting sexual misconduct.

“It’s a great song,” says Studdard, who performs it with cast member Farah Alvin, “and getting the opportunity to change the lyrics and bring it more up to date . . . is really fun.”

Adds Aiken: “Doing it as written back in the ’40s might have [been problematic]. Christmas is not a time to offend anyone at all.”