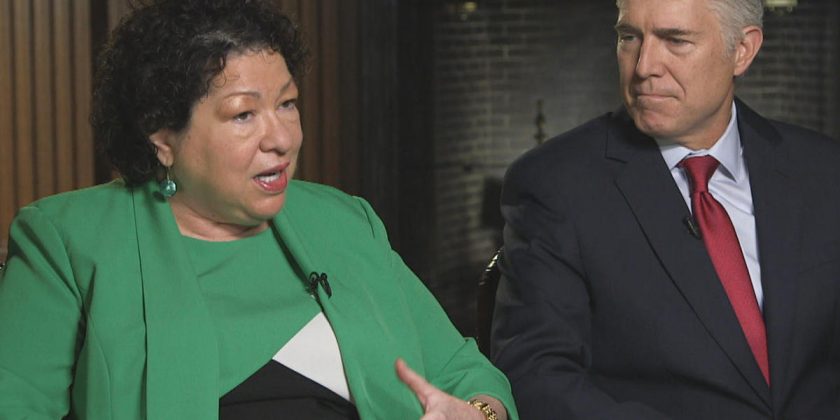 “There’s no such things as not voting. Not voting is voting,” said Eric Liu. “It’s voting to hand your power over to someone else who’s gonna say, ‘Thank you very much. Let me take that voice and that power and exercise it in your name, but in my interests.'”

Makes sense, right? And yet, less than half of eligible voters are expected to show up at the polls this Tuesday. And that’s a vexing problem according to Liu. “I think the greatest enemy here is indifference,” he told Mo Rocca. “Indifference can take various forms. One is, ‘The game is rigged, so why should I even bother paying attention? My vote doesn’t matter.’ The other form is, ‘Huh? What?’ Not even apathy, but complete ignorance.'”

He said there has been, across the country, a disinvestment in civic education, which is why Liu started Citizen University, a program that travels the country teaching people of all ages the lost art of civics.

“Civics? Didn’t I take that in high school?” If you’re over the age of 60, you probably did! Civics is the study of how to be a good citizen. In fact, that was the original mission of public schools: creating good citizens. Part of that was learning how the government works.

Sotomayor said, “It’s been well documented that the partisan discord in our country followed very closely on the heels of schools stopping to teach civic education. One must remember why. It wasn’t for an unimportant reason; there was a change of emphasis in the educational system in the country where they wanted to pay more attention to STEM.”

“Only about 25% of Americans can name the three branches of government,” said Gorsuch. “A third of them can’t name any branch of government. And 10% believe that Judge Judy is one of our colleagues. With no disrespect to Judge Judy, she is not a member of the Supreme Court!” 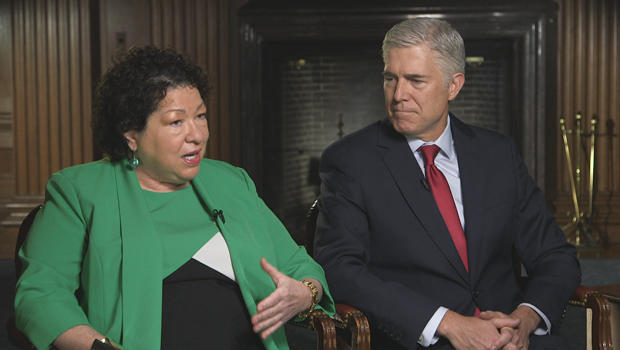 They’re following in the footsteps of former Justice Sandra Day O’Connor, who led the drive to return civics to the classroom.

During a 2012 Senate hearing, O’Connor said, “I well remember having a lot of civics classes, and I got pretty sick and tired of it, to tell you the truth. I thought it was miserable.” So, she started iCivics, a more engaging curriculum which helps teach civics through video games.

The most popular games include “Win the White House,” in which players campaign for the Oval Office; and “Do I Have a Right?,” in which lawyers fight to protect their clients’ rights under the Constitution. 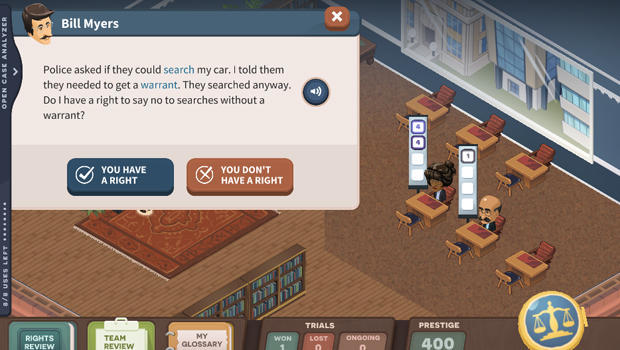 Gorsuch said, “It’s important if we the people are going to run our government, that we know what it is, how it works, and how we can participate in it.”

A second important component of civics is civility. Civility is manners – that thing in short supply these days, like you and I learning to disagree without tearing each other’s heads off. But that doesn’t mean everyone agreeing on everything.

West Chicago Community High School’s Mary Ellen Daneels said, “I tell my students, ‘I don’t want you to come in here and hold hands and sing ‘Kumbaya.’ I want us to have better arguments. I want us to understand these complex issues that face our republic.”

Daneels wants her students to debate controversial topics, like the appropriateness of using Native Americans as sports mascots.  And she doesn’t shy away from what’s happening right now, whether it’s presidential tweets, or fights on the floor of the House. 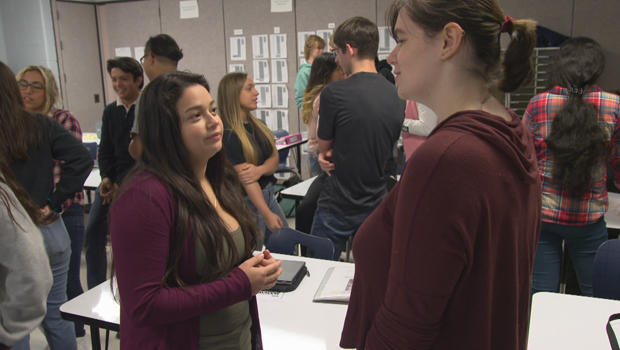 “To be honest, I don’t use a textbook in my classroom,” said Daneels. “Our textbook is the newspaper.”

West Chicago seniors Daniela Alamarles, Spencer Usedom, Sabrina Lutfiyeva and Rudy Munoz are currently in the course. “It’s not about the conflict, as much as it’s about how you speak,” said Alamarles.

Rocca asked, “How big a role is President Trump playing in your class?”

Usedom said, “We deal with a lot of drama everyday because it’s high school. A lot of stuff goes down in the hallways.”

“We’re teenagers and we can be civil with each other. But in the professional world I don’t see that,” said Lutfiyeva.

Rocca asked, “Do you look at the TV and yell at the politicians and say, ‘You’re making my job harder’?”

“I do,” said Daneels. “But I also say, sometimes, ‘thank you,’ because you’re an object lesson for my students of, ‘If you don’t do this, this is what it looks like. Here’s a view at the end of the road; is this what you want?”

And the last big part of civics is kind of the loftiest: putting country over self, and even over your party.

“We have different views, we have different ideas, we have arguments. That’s good, that’s the nature of a healthy democracy,” said Harvard Business School professor David Moss. “But we also need to have something [that] holds us together. That that’s the part that I’m worried about.

“I think the reason our partisanship looks less constructive than it once was, maybe even destructive, is that we don’t have that glue holding us together. And that glue is a strong faith, a strong commitment, a strong belief in the democracy.”

Consider that only 30% of Americans born after 1980 say that it’s “essential to live in a democracy.” Moss, who teaches the history of democracy, isn’t alarmed … yet.

“American democracy has been more resilient than many people expected. But can it break? And the answer, from the 1850s up to 1860 and ’61 is, yes, it can,” Moss said. “And so, I think we have to just be careful with it.”

Rocca asked, “There’s no panacea here, right? I mean, how are we gonna boost these numbers on belief in democracy?”

“Well, I think bringing civics back into school [is one], but not civics that students say is boring. We want to look for things that engage students, that are substantive, and you know, that they’re excited about.”

Rocca asked, “What do you say to the people – and there are a lot of them, I think – who say, you know, the reality of government doesn’t match up with textbook civics?”

Sotomayor replied, “My answer is, what are you doing about it? If you really care, then you can’t complain. You have to do. Then we can have a conversation.”

Or, as that civics education film said long ago, “Washington, Jefferson and Lincoln are dead. They began our democracy, but they knew the job would have to be finished by those who lived after them … It’s our government. From here on, it’s up to us!” 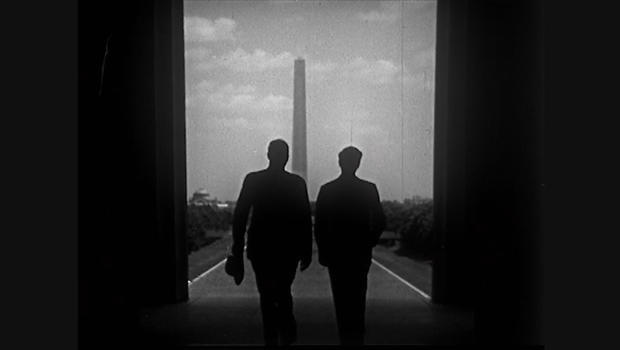 There is no “We the People” without “us.”