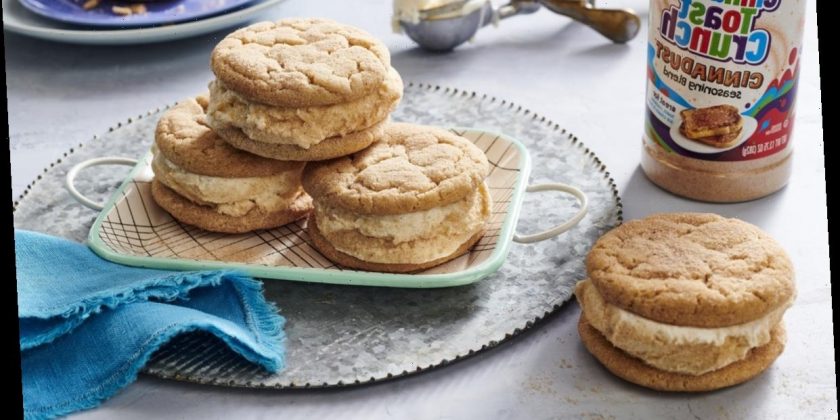 The press release for the Cinnadust recommends trying it on baked goods, toast, coffee, sweet potatoes, desserts, and ice cream. Some other ways you can enjoy your CTC seasoning are sprinkled into your dalgona coffee, on popcorn, by the spoonful, or injecting directly into your veins. Each 13.75 oz container of Cinnadust costs $5.48, which is significantly less than what I’d be willing to pay for such a seasoning (e.g. a year’s worth of paychecks, my firstborn, the last of my dignity).

Cinnamon Toast Crunch is far from the first snack to be made into a seasoning. There’s Hidden Valley Ranch seasoning you can buy by the shaker. There’s Trader Joe’s Everything But The Bagel seasoning, which has a cult following of its own. People have even been known to turn Cool Ranch and Nacho Cheese Doritos into a seasoning. Basically, if you have a food processor and a shaker, anything can become a seasoning.

Now if you’ll excuse me, I have to have a conversation with a certain cinnamony bowl of cereal.