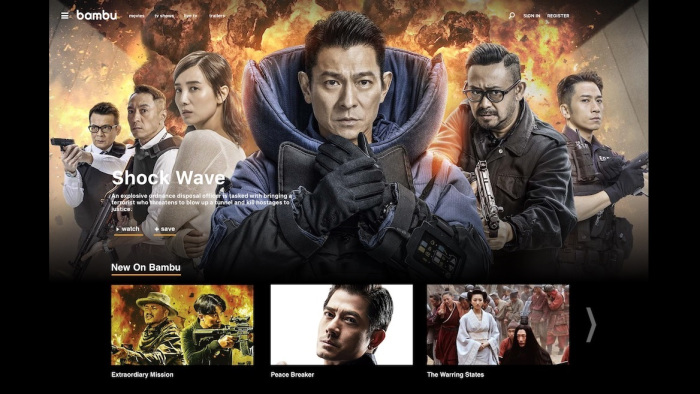 In early December, Cinedigm announced a partnership with China International TV Corporation, a subsidiary of the state broadcaster China Central Television (CCTV), to put over 500 hours of Chinese TV content on the platform. Titles in that deal included “Nirvana in Fire,” China’s most popular series in 2015, the classic “Journey to the West” series, and CCTV’s popular food documentary series “A Bite of China.”

Cinedigm has also established a partnership with Youku to distribute 30 Chinese feature films on Bambu, DVD and Blu-Ray disc in North America. It has a content licensing agreement with Starrise Media to release several of the Chinese company’s productions on the platform. Titles for the latter partnership have not yet been disclosed.

Bill Sondheim, president of Cinedigm Entertainment Group, said the latest China Lion deal “complements” the December deal, which was more TV-focused. “We are particularly pleased that the titles are all subtitled, allowing for the best representation of the original film version,” he said.

“We’re looking forward to adding future China Lion titles as they become available,” said China Lion President and CEO Jiang Yanming. He said that he hopes the partnership would last “for years to come.”

Headquartered in LA and established in 2010, China Lion focuses on distributing Chinese films in North America. It was the first distributor to release major Chinese films day-to-day with China. Huayi Brothers Media Corporation and Bona Film Group both have stakes in the company.