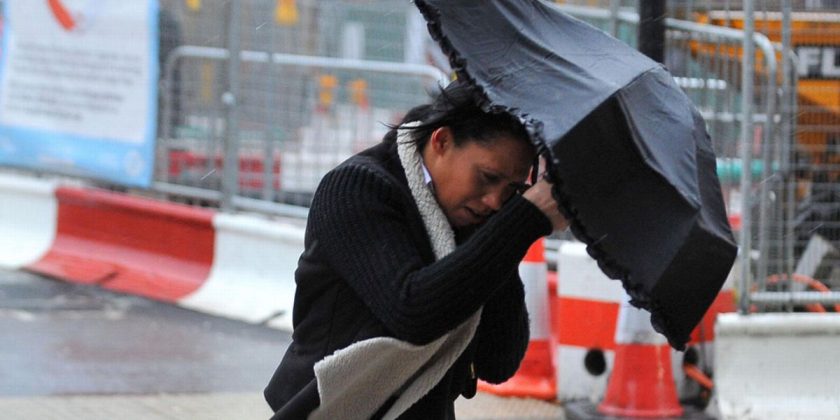 Thunderstorms and gales are set to hammer parts of Britain, threatening to disrupt Christmas getaways for millions and putting homes and roads at risk of flooding.

Violent weather systems are bringing days of heavy rain in the lead-up to the big day next week.

There are already 35 flood warnings or alerts in place following weeks of soggy weather that has left some streams swollen and the ground saturated.

Wet and windy weather will persist into the weekend, the Met Office says, as millions travel by car, rail or air to visit family over the holiday, or finish their Christmas shopping.

The conditions threaten to disrupt travel and forecasters have warned that some streams could breach their banks and flood homes, businesses or roads.

The government has warned Britons to "be prepared as flooding is possible".

Meteorologist Alex Deakin said people in some places will wake up to a “rumble of thunder” on Thursday morning.

Drivers should take care during the commute on rain-slicked roads.

The Met Office forecaster told the Express: “All the heavy showers are mulling around an area of low pressure, and there is more where that came from.

"There will be more low-pressure systems and more weather fronts, which will bring heavy rain.”

The worst conditions are expected in the south-west of England, although heavy rain will move northwards through the day.

Heavy showers are likely during the evening commute.

The Met Office said Friday will be grey and wet for most of the UK, with gales around coasts.

It’s been dubbed "Frantic Friday" because schools break up that day and millions of Britons will begin their Christmas getaways.

The AA is expecting 19 million vehicles on the roads, and the RAC is predicting the most congested getaway rush for years.

Those trying to fly into or out of Gatwick Airport on Thursday faced major disruption, with its lone runway closed due to drones buzzing over the airfield.

Saturday will see bright spells and scattered showers as many people make their last-minute shopping trips.

There will be further outbreaks of rain from Sunday through the start of next week, including Christmas Eve and Christmas Day.

Christmas Day will be mild in most places, with increasing amounts of dry weather, the Met Office said.

Some dry and sunny spells today, but with blustery showers from time to time.

The showers will be heaviest and most frequent in the north and west, with southern and eastern parts dry for a good portion of the day.

Heavy rain arriving in southwest England and Wales later, spreading into the rest of England, Wales and Northern Ireland during the early hours. Grey and wet for England, Wales and Northern Ireland, with gales around coasts.

A dry spell across southern England and Wales, but more rain later. For Scotland, sunshine and showers.

Sunday and Monday cloudy with outbreaks of rain for many, although perhaps drier in the north, especially on Monday.

Will it be a white Christmas?

The Met Office says: "There is low confidence in the forecast as we head into the Christmas period.

"However, central and western areas are more likely to see cloudy skies and outbreaks of rain on Christmas Eve, whilst it will most likely be drier and brighter elsewhere.

"Meanwhile, many will most likely see a mild day on Christmas Day itself, with increasing amounts of dry weather.

"Thereafter, as we continue towards the end of the year, southern parts will probably see a good deal of dry weather, although with this settled weather comes an increased risk of overnight fog and frost.