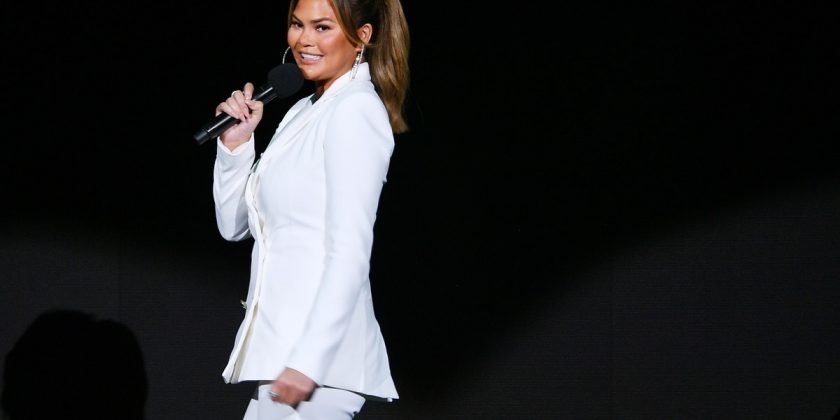 She’s a super-popular TV host. She’s a best-selling cookbook writer. She’s a social media maven. Is there anything that Chrissy Teigen can’t do? It doesn’t seem like there is, since the list of her accomplishments simply grows every time she makes a headline. Most recently, Teigen teamed up with Pampers Pure as their first-ever Creative Consultant to design a new line of diapers for Target. But diaper-designer isn’t the only new title Teigen’s taken on. She’s also a songwriter, get a load of this: Teigen helped write the "Stinky Booty" jingle. Yeah, let that sink in.

Teigen’s new line of Pampers diapers are designed with little personal touches that are special to her family and her. The diapers feature pictures of pretzels and bulldogs, which each winking tributes to Teigen’s life. Food is a big part of Teigen’s life since she develops recipes, and she and husband John Legend have always had bulldogs as pets, even before they had their kids, 3-year-old Luna and 11-month-old Miles.

In an interview with Elite Daily, Teigen elaborates: "You see all this like similar, the same things on diapers all the time, whether it’s like the same types of animals, But this is our homage to our old life and our new life now."

This isn’t the first time Teigen and Legend have collaborated with Pampers. The famous parents starred in a Super Bowl commercial earlier this year, which featured Legend and some other famous dads singing the "Stinky Booty" song to Miles while his diaper gets changed.

In the commercial, Teigen acts annoyed that diaper-changing turns into a full musical production each time. But the truth is, Teigen herself is responsible for a big part of the jingle. "I wrote the song, actually!" Teigen explains. "Mine was ‘And daddy’s gonna clean it up.’ I don’t know where that came from, but as soon as he sang it, I was like, that’s such a good jingle. And then to have Adam Levine sing it was just so cool."

Even months later, the "Stinky Booty" song is still popular in Teigen’s home. "Luna sings it now," Teigen says. "It’s really cute. It just really gets stuck in your head for a long time too."

Teigen’s kids feature prominently in a lot of her social media posts, making it very clear to all her fans how important motherhood is to her. Her Instagram offers snapshots of her daily life with her kids, from Luna’s new Wonder Woman obsession ("It’s cool to see her play with something that empowering."), to getting little hands dirty in the kitchen. Teigen explains, "I think we just have a relaxed, very family-friendly household. They’re always up on the counter, they’re always cooking. We’re not prim and proper with our kids."

That relaxed, easygoing attitude at home means that Teigen has a really honest relationship with her kids. She presents life as it is on her social media, showing everything from makeup-less selfies to her kids in messy high chairs. She and Legend also try to be as real as possible when talking to their kids, as well. "We’re very open about everything in the way that we speak to them, like we don’t really speak to them like little kids," Teigen says. "You try to get them to understand in the best way they can even though they’re little."

Work life and family life are always tied together for Teigen. Even when she’s on set for her upcoming show Bring the Funny, she’s right next door to Legend’s show The Voice and they’re able to bring their kids to be a part of the fun.

"We work on the same NBC lot, and The Voice is like a very family-friendly set and I have a little nursery and daycare next to my dressing room, so we bring the kids and bring my parents. And we all get to kind of hang out together," Teigen describes. "Being on set isn’t necessarily that fun to be in a little dressing room cooped up all day so it’s nice to have friends and family there and they make it so nice."

Teigen is a pro at everything she does, especially when her family is involved, so fans are sure to love her Pampers Pure collection. The diaper clean-up might not be quite as cute as the diaper design, but it’ll be made a whole lot easier with Teigen’s "Stinky Booty" song as a soundtrack. 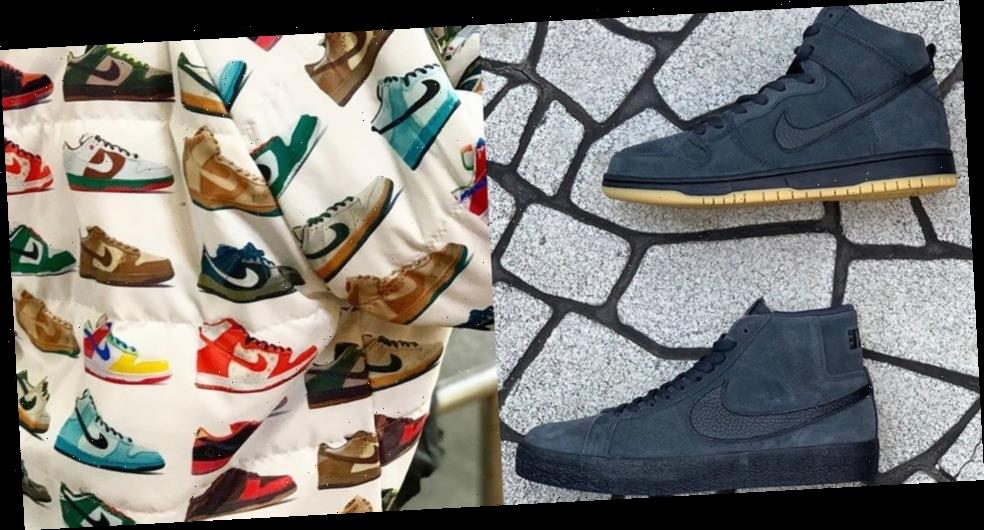