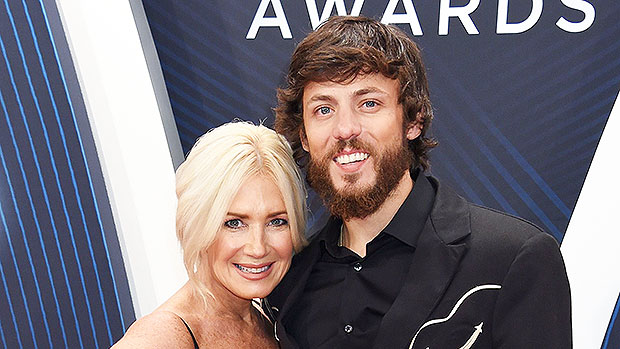 We caught up with three time CMA Award-nominated singer, Chris Janson, on the show’s red carpet Nov. 14 and got the EXCLUSIVE scoop about how his kids inspired his latest hit, ‘Drunk Girl.’

Chris Janson’s “Drunk Girl” is an emotional track that urges men to keep women safe when they’ve had too much to drink, rather than using the opportunity to take advantage of a woman. The song was nominated for Song of the Year at the 2018 CMA Awards, and Chris told us that being a dad — he has four kids with his wife, Kelly — is what pushed himself and his fellow songwriters, Tom Douglas and Scooter Carusoe, to pen such an emotional and hard-hitting track.

“We want our daughters to be treated with great reverence and respect if they ever get into a drunk girl situation,” Chris told HollywoodLife EXCLUSIVELY at the CMA Awards. “They’re probably going to if they’re living any life at all. And as for our boys, they have to know the difference between a boy and a man. They have to man up and do the right thing in those vulnerable situations. We just wrote it from that perspective. Simply put, it’s just dads trying to do the best for our kids. It’s not about a man or a woman — it’s about being a good human being and taking care of one another, not sweeping things under the rug, but bringing them to light in a positive manner.”

Chris lost out on the Song of the Year honor to Chris Stapleton. The 32-year-old was also up for Best New Artist, which went to Luke Combs, and Video of the Year, which went to Thomas Rhett. Still, Chris revealed that he felt “great humility” for even being nominated at all.

“I’m so proud to be nominated,” he told us. “I mean, it’s a big deal. I’ve never been nominated for anything, so to be nominated three times, especially for “Drunk Girl” as Song of the Year…it’s huge.”