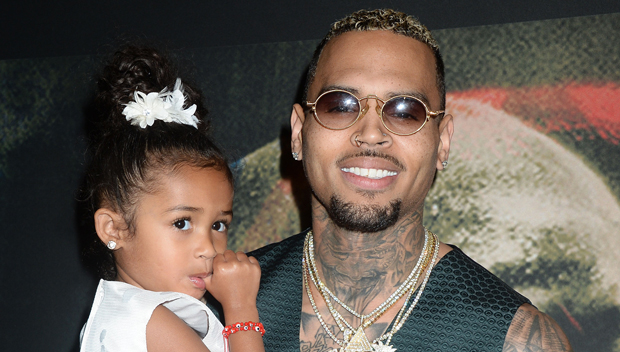 Chris Brown would love if Royalty pursued a career in entertainment! A source close to Chris told HL EXCLUSIVELY that he thinks the ‘skies the limit’ for her future!

Chris Brown is here for all of the videos of Royalty Brown, 4, showing off her dancing and singing skills. A source close to Chris told HollywoodLife EXCLUSIVELY that raising Royalty has been the “best job in his life.” “Chris is learning to be a better person thanks to Royalty,” our source told us. “He knows that he has to show her the best he can be because he has clearly had his struggles but he is determined and motivated to show Royalty the life she deserves. Fatherhood has become the best job of his life and it is something he never wants to mess up. If there is anything people say about Chris Brown, one thing is for sure and that is people will say he is a great father. It is important to him for that to be one of his legacies in life.”

And when it comes to Royalty’s performing abilities, Chris loves the fact that she’s taking after him. “If Royalty became a singer, a dancer or an actress or anything in the entertainment world, he would love it,” our source went on to say. “He loves that she likes and emulates what he does. Chris finds it so cute and amazing!”

Chris also believes that Royalty is so talented, there’s no telling what great heights she’ll rise to. “Chris can’t wait to see what Royalty would like to be in the future, but he doesn’t want it to soon because he really loves her still being little,” our source added. “In his eyes for her the sky is the limit!” We’ll keep you posted with all of the latest news about Royalty. In the meantime, check out all of Chris and Royalty’s most recent photos together in our gallery above.