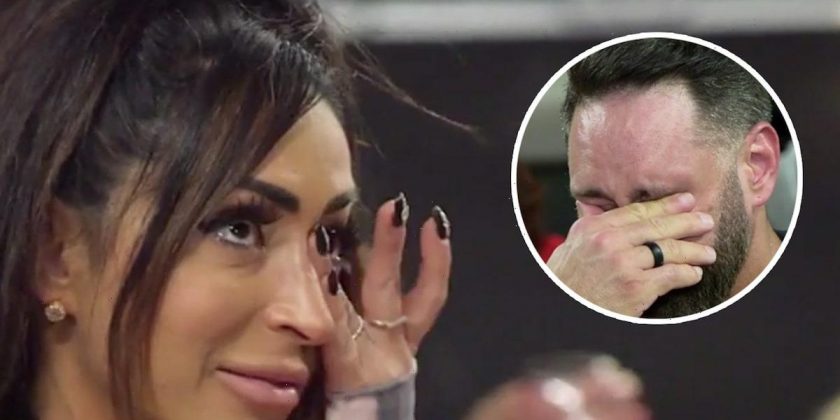 This was the "breakthrough" Angelina was looking for … but Chris still filed for divorce shortly after filming.

While Angelina Pivarnick and husband Chris Larangeria were dreading participating in the “love and intimacy tantra workshop” costar Deena Nicole Cortese had planned for tonight’s new “Jersey Shore Family Vacation,” it wound up being just the thing the two really needed.

The pair have been off for quite some time, with Angelina using the cast’s trip to the Florida Keys as a last ditch effort to smooth things out in her marriage. Since tying the knot, these two haven’t really been on the same page, at all, fighting over the speech fiasco and their lack of sex, while facing cheating allegations and even a two-month break. Yeah, it hasn’t been pretty.

As the vacay continued, Deena organized a session for the entire cast with a sex therapist, with each pair — including Vinny Guadagnino and Pauly D — getting some time with the love guru. When it came time for Angelina and Chris to take center stage. During their exercise, the therapist asked them to each share what they liked and didn’t like about the other. 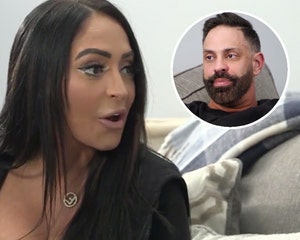 “I feel like, pissed off, when you’re lazy. [I don’t like] when you don’t listen to me,” said Pivarnick, going first. “I feel sometimes you don’t take accountability for your actions. That pissed me off. I’ve had a lot of abandonment in my life and and I feel like being left for two months, that’s a big thing for me, especially because of my father. But you came back … you came back and now we’re trying to work on our marriage.”

When asked what made her fall in love with him, she said, “The fact that you were my best friend, you are very happy go lucky, you look at life like the glass is half full. I look at life a little like a Debbie Downer and you lift me up from that.”

Chris said he heard everything she was saying and added that, while he did leave her for two months, he “realized how much I love you and I wanted to work on the marriage,” so he returned. She told him he couldn’t do that again, “because I can’t handle that.” 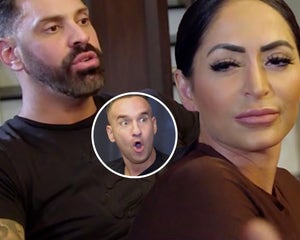 It was then Chris’ turn to list his likes and dislikes.

“I don’t like that you don’t put me first. That you put your friends, family, everyone else first instead of me,” he told her. “When I tell you things I like, you still just disregard it and do the opposite. That’s it for the negatives.”

He then said he loved her, thought she was funny and praised her for always making him laugh, before he got choked up, wiped tears from his eyes and actually started to cry in front of the whole group. Angelina was emotional as well and the two held each other for a beat.

“Maybe he really does love me. It’s nice to see emotion. I haven’t seen emotion from Chris in a while,” Angelina said in a confessional after the session. “Chris and I, tonight, have made a little bit of a breakthrough. It’s reassuring that I know he loves me.”

Of course, the good vibes didn’t last. The current season of “Jersey Shore Family Vacation” was filmed in late November-early December 2020 and, in January 2021, Chris filed for divorce.

We’ll see if there are any more signs of a split when new episodes drop Thursdays on MTV. 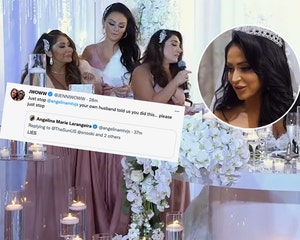