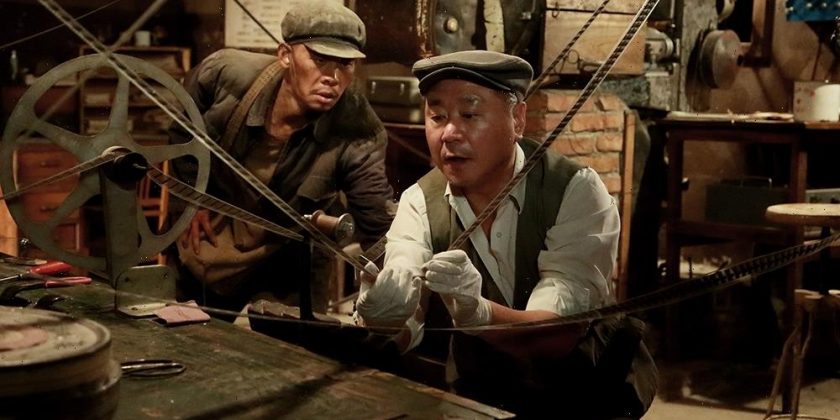 The question arising at every Cannes Film Festival lineup announcement about why the festival has not selected films from a particular country tends to irk chief selector Thierry Frémaux. But this year, with films from China notable by their absence, Frémaux may be asking himself if he messed up, or whether bigger forces are at play?

Last year, Cannes was at pains to conceal its selection of Hong Kong pro-democracy film “Revolution of Our Times” until as late as possible, in order not to alert mainland Chinese authorities or disrupt the other Chinese indies showing in the festival.

China experts differ as to how much Cannes’ defiance last year was a factor in this year’s de facto boycott.

“The Chinese Communist Party is well aware of the last-minute showing of ‘Revolution of Our Times’ at Cannes just one day before the Palme d’Or was to be awarded,” says Stanley Rosen, USC professor of political science. “It was quite extraordinary for Cannes to do this, considering their promotion of Chinese films in the past. They must have known there would be repercussions sooner or later.”

Rosen and other insiders, who spoke to Variety on condition of anonymity, also point to a swell of politico-cultural changes within China that have been bubbling under for four or five years and which are now manifesting themselves clearly.

A watershed moment was March 2018 when the top film regulatory body SAPPRFT was abolished and replaced with the Nation Film Administration, a body which reports directly to the Chinese Communist Party’s propaganda department.

Among the early effects was to warn against all overseas film festivals and awards ceremonies, which it regarded as inherently political and therefore dangerous.

That stance appeared fully justified later the same year when a documentary film prizewinner used the platform of the Golden Horse Film Awards to promote Taiwanese independence. The backlash was instantaneous. Mainland Chinese filmmakers received text messages ordering them not to attend the rest of the festivities and to return home the next day.

Further evidence of the hostility to overseas festivals emerged in February 2019, when two Chinese films were pulled from the Berlinale: Zhang Yimou’s Cultural Revolution-set “One Second,” and the inherently edgy Derek Tsang film “Better Days.”

The pretexts offered were wafer thin and the phrase “technical reasons” has become a euphemism for government censorship. But one of the supplementary explanations of the problems for “One Second” is now becoming clearer.

The film had received the so-called Dragon Seal, the traditional mark of censorship approval. But it was reported at the time that the film lacked additional paperwork.

“It is now clear that getting the Dragon Seal is not the same as getting a release permit or the export permission necessary for attendance at an overseas festival,” says a veteran producer who had been based in China for nearly two decades. Other layers of political approval are necessary.

“The Dragon Seal cannot be withdrawn once issued. The film is not banned. But there are forms of ‘soft blocking’ that lead to revisions,” explains a China-based festival insider.

Early evidence of that appeared in 2019 when patriotic war film “The Eight Hundred” was pulled from the Shanghai film festival, a day before its premiere as the festival’s opening title. A think tank of military veterans is believed to have intervened with specific political critiques. As a result, the film was recut, Nationalist (Taiwanese) flags were removed and the film was released to great commercial success within China a year later.

The NFA and the government have also used the last four years to change the direction of the Chinese film industry into one that serves Socialist ideals, lauds patriotism and promotes social harmony. These were crystallized in last year’s Five-Year Plan for the industry that called for China to become a “strong cultural power” by 2035. That can only be achieved, it says, by “adhering to the Party’s total leadership over film work.”

One result has been a swing to the production of big-budget “main melody” movies that might have been dismissed as propaganda had they not been slickly made and enjoyed commercial success. Examples include: “Little Red Flower,” “Leap” and “The Chinese Pilot.” Directed by Chen Kaige, Tsui Hark and Dante Lam, the two-part record breaker “The Battle at Lake Changjin” earned gross revenues exceeding $1.53 billion.

Major directors are understood to have been told to choose whether they want to be inside the tent (and to make populist titles) or to be marginalized. Sources tell Variety that senior directors have been leaned on to dissuade their proteges from participating in overseas festivals. “It is as if the authorities take the view that the only place that a Chinese film can be properly judged is at a festival within China itself,” says the producer.

This has been highlighted by the recent years’ ‘Wolf Warrior diplomacy’ under which China is less willing to be judged by Western standards on matters such as COVID, leadership of Hong Kong, human rights and the war in Ukraine.

Cannes this year is known to have come close to securing at least one Chinese film, “Art College 1994,” an animated drama about the coming together of a college security guard and a student, directed by Liu Jian.

(Liu is best known for his second film “Have a Nice Day,” about a small-time gangster who steals money for his girlfriend’s plastic surgery. It had its world premiere in competition in Berlin in 2017, but perplexingly was withdrawn from the Annecy festival a few months later, in June 2017, supposedly due to incomplete paperwork relating to its export from China.)

Having been offered a berth in Cannes’ Directors’ Fortnight section, Liu and “Art College 1994” are reported to be suffering “passport problems.” That’s almost certainly another euphemism for censorship.

“Other than the ‘main melody’ titles, many independent films are nearly completed but are waiting four to eight months for approvals,” the festival source explained. “Venice will have the same problem as Cannes. The best that most Chinese filmmakers can now hope for is Berlin 2023.”