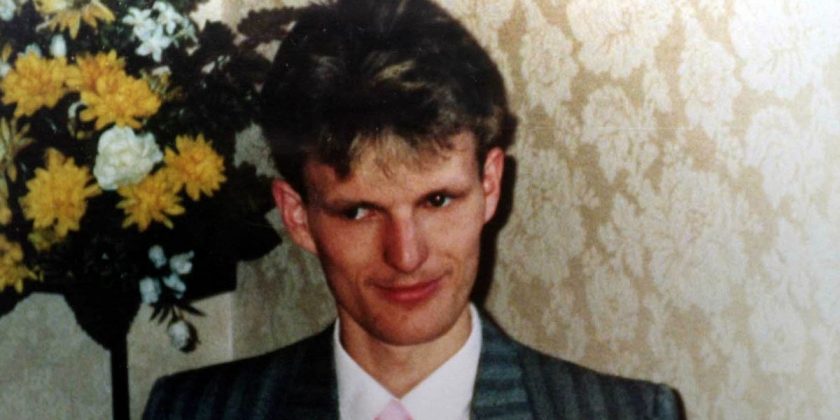 A chilling unsolved murder of a taxi driver who was found with his throat slashed three days before Christmas is still baffling police after nearly 30 years.

Dad-of-two Steven Johnson, 25, was found dead in the early hours of December 22, 1990 as he worked overtime to provide for his family.

His body was found lying face down by a dog walker in a snow-covered farm track – several hours after he picked up a passenger in Stoke on Trent, Staffs.

He had managed to stagger 20 yards from his vehicle despite mortal knife wounds to his neck.

Detectives at the time could think of no reason why anyone would kill the family man – who was married to 22-year-old Kathleen and had daughters Roxanne, three, and Deborah, two.

There were no clues at the scene to suggest why Steven had died and all his takings were still in his taxi, Stoke on Trent Live reports.

Over the 28 years since, Staffordshire Police have questioned dozens of people and revisited the evidence as scientific advances are made to see if any new leads emerge.

The last suspect was arrested in 2014 in what was described as a major breakthrough, but after five months on bail he was released with no further action.

Mr Johnson, who was an insurance salesman who worked part-time as a cabbie, was earning some extra Christmas cash for his young family at the time of his death.

He was described as a 6ft 4in gentle giant who would never have picked an argument or provoked a violent confrontation with a customer.

Mr Johnson was last heard from after picking up a fare at 3.30am in central Stoke and was heading for the village of Packmoor six miles away.

Following his murder, many taxi drivers quit the night shift amid fears the cold-blooded killer could strike again.

London-style taxis were introduced in the city with partition screens to protect drivers from passengers.

But even major breakthroughs in fingerprint and DNA technology during the past decade have not led police to the culprit.

Police believe someone in the area could still have vital information on the killer’s identity.

It is thought he may have made throw-away comments to people years after his evil deed and officers urge anyone with suspicions to come forward.

In an emotional appeal on the 10th anniversary of Steven’s murder in 2000, his widow Kath said: "I think someone is shielding the person who did this. That’s unfair on Steven’s two daughters Debbie and Roxanne and on his parents.

"He was the only son they had. If someone knows something they should phone up and give them in."

His parents also made an appeal for information.

The couple, who were living in the Staffordshire Moorlands at the time, said the death of their only child was a devastating blow from which they have never fully recovered.

Dad Ken said: "Steven was a son who would do anything for anyone.

"He would never do anything against anyone. He was easy-going and very obliging, too much sometimes, and did the best he could for everyone.

"We’ve had so much taken away and nothing that anyone does now can ever bring him back."

Anyone with information should call Staffordshire Police on 101 alternatively Crimestoppers, anonymously, on 0800 555 111.