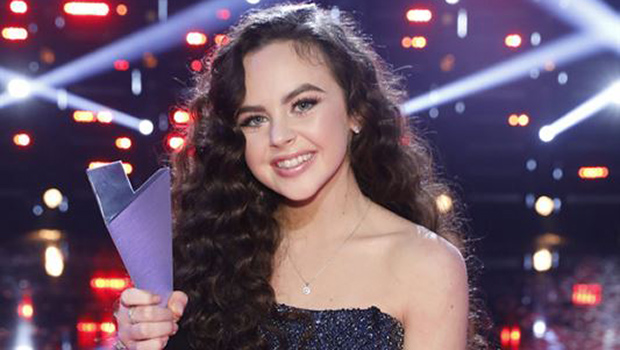 Fresh off her win on ‘The Voice,’ Chevel Shepherd EXCLUSIVELY spoke to HL about her post-victory plans. Here’s what’s on her plate, including her first album and more!

At just 16 years old, Chevel Shepherd is already planning on putting her trophy from The Voice to good use…but she’s taking her time before diving into fame! After she was crowned the winner during the show’s Season 15 finale and won $100,000 on Dec. 18, the on-the-rise country starlet EXCLUSIVELY spoke to HollywoodLife to reveal what’s next. While she’s “still trying to process it all,” the young singer told us she’s flying back to New Mexico. “Yeah I am going to go home and thank everyone first of course for all the support and love along the journey in my hometown and everywhere else,” Chevel explained. “And I am going to take a little time to go to school and be a normal teenager.” But make no mistake. She’s already planning career moves!

“And then I am going to start on an album with Kelly,” Chevel revealed. Of course, she’s referring to her coach on The Voice, Kelly Clarkson. We’re excited for what this dynamic duo will cook up in the studio, based on their successful run this season! While Kelly told reporters that she’s excited to “hook Chevel up” with respected country music writers in the industry after the finale, Chevel also wants to dabble in her own songwriting. “I haven’t started writing yet but I am going to start real soon,” she spilled to us. “I am going to put something together but, yeah, I am going to start!”

And that leaves us with the next big question — when do we get to see Chevel on a stage again? “I don’t know exactly if I am going to have a show on New Year’s Eve,” she admitted, leaving the possibility open. However, she’s already kicking off the new year with a gig! “But I am going to be doing a Inaugural Ball for the Governor,” Chevel revealed. The NBC star is referring to the inauguration of New Mexico’s governor-elect, Michelle Lujan Grisham, who will be honored at her inaugural ceremony on Jan. 1, 2019!

Kelly has even more planned for Chevel’s career post-The Voice. Her number one priority is capturing her mentee’s authentic voice in her future album! “First of all, I want to make sure it is exactly her sound,” Kelly also told the reporters after the finale. “I know she loves Loretta [Lynn] and Dolly [Parton]. She loves that old-school. There is totally a way we can make her sound nowadays.” We’re confident her future music will make waves, judging by her amazing debut single, “Broken Hearts.”