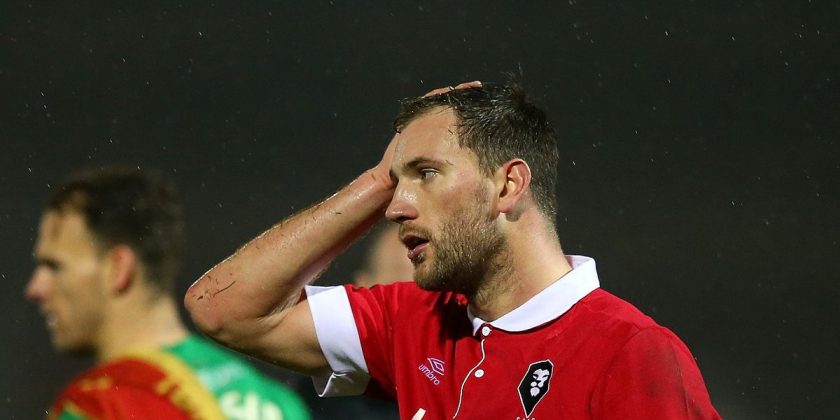 Chester FC have launched an inquiry after a player’s partner was allegedly hit in the arm by a fan after they lost a match this week.

Steven Howson, 33, claimed his partner was punched as she applauded the players following their 3-0 defeat to Southport FC on Boxing Day.

The defender branded the incident an "absolute disgrace" while supporters said some of their fellow fans’ behaviour was "embarrassing".

Steven revealed what happened to his partner when he responded to a fan on Twitter who said the "abuse given to managers/players and their families is embarrassing" following their loss.

He wrote back: "Yeah your right, someone punched my mrs in the arm…disgrace…bad result and performance but someone hitting players mrs for clapping is a Disgrace absolute disgrace, disgusting! Anyone know who it is let me know please." (sic)

Howson later added: "Mrs clapping us off at the end and getting punched in the arm for it!!! Absolute disgrace @ ChesterFC Bad day but no need for that!!!!"

Fans were equally furious with one replying: "Completely embarrassing…"

Another said: "Disgrace that mate, real fans understand the effort you have all Put in so far this season to get us into 3rd!" (sic)

A third said: "Shouldn’t ever be able to attend a match again. Bad times. Someone name and shame."

Chester FC said they are aware of a "number of issues regarding the behaviour of some supporters towards fellow fans and the families of the players and management team".

The club, who are third in the National League North, said they are looking into the incident and an inquiry has started.

They said anyone who is found to have acted in a threatening or violent manner would be "dealt with".

Merseyside Police said they were not aware of the incident.