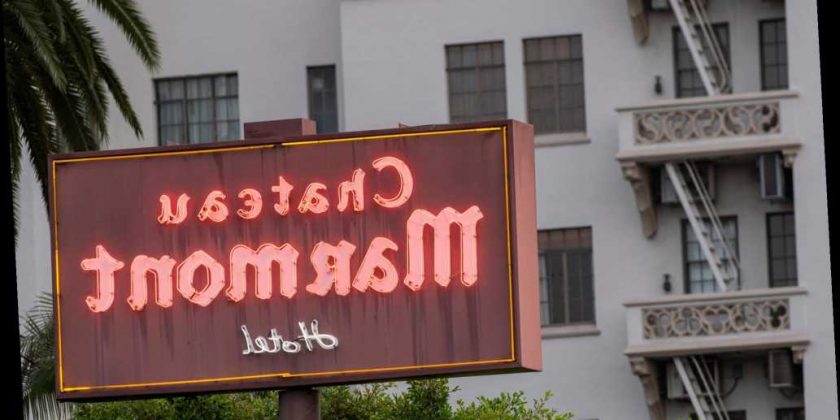 Employees of West Hollywood’s legendary Chateau Marmont — which laid off 245 workers at the start of the pandemic — are speaking out about the hotel’s alleged toxic drug-fuelled culture.

Banquet server Thommi Gross, who worked at the celeb haunt for more than three years, told us that guests would be aggressive about grabbing her when she was serving them, and that she witnessed repeated open drug use.

“The scariest thing was being subjected to parties where there were substances out and all over their face and having to deal with them when they were in this state,” she told Page Six. “People were erratic, there was public urination, slurred speech, belligerent even when asking them nicely to not walk into the area where the food is being kept.”

A rep for the hotel insisted, “If a staff member feels that a guest’s conduct is inappropriate, they are strongly encouraged to report that to hotel management. André Balazs Properties maintains a list of more than 260 guests that are not welcome at the Chateau Marmont because of unacceptable past conduct.”

Gross also told of workplace racism. She claims she was passed over for promotions multiple times, with jobs going to white workers who she would then have to train.

Server Keisha Banks had a similar experience, saying she was repeatedly passed over and “it was certainly a place where it was clear if you were a white man, you had no issues.”

The hotel’s rep said: “Of the six departments at Chateau Marmont, three are led by people of color. Compensation is not determined or defined by ethnicity or any other such factor. Wages are set based on the work assigned.” The hotel maintains it has never faced lawsuits alleging race discrimination. “We take very seriously our equal-opportunity employment obligations.”

The Hollywood Reporter wrote about mistreatment at the hotel, including alleged racism, misogyny and dysfunctional HR. André Balazs plans to turn it into a private club.