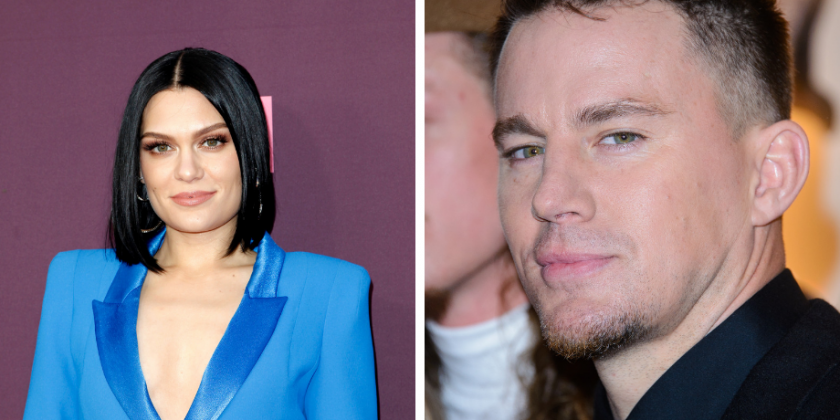 Channing Tatum and Jessie J recently confirmed that they’re dating but already some tabloids are speculating that they’re about to make things very serious. One tabloid claims that Tatum is getting ready to surprise the “Bang Bang” singer with an engagement ring. But celebrity news fact checker, Gossip Cop, reports that the story is untrue.

Despite, OK Magazine’s claim that a Christmas proposal is on the way, Gossip Cop reports that they’ve spoken, on the record, with a member of Tatum’s camp who debunked the allegation. As the gossip watchdog notes, Tatum is still technically married to his estranged wife Jenna Dewan. Tatum and Dewan announced their separation in a joint statement in April of this year. Dewan filed for divorce in October, citing irreconcilable differences as the reason for their split, Cosmopolitan reports.

Another tabloid has claimed that Jessie J and Tatum have been going house hunting together in London. But Gossip Cop claims that the story is false as well.

“Channing is looking for a change of scenery as he settles down into his new life after Jenna [Dewan],” an alleged source said to Star Magazine. “He’s always loved London and plans to spend a ton more time across the pond now that he and Jessie are serious.”

Again, a spokesperson for Tatum says that his claim is false. Furthermore, Gossip Cop notes that Jessie J currently lives in Los Angeles, so house hunting in London so that they can be closer to one another wouldn’t make sense. Dewan and Tatum also share a young daughter together, so it doesn’t seem likely that he would suddenly move thousands of miles away, especially when her parents are in the midst of a divorce.

Channing Tatum and Jessie J have shown that they’re willing to be very open about showing off their love. The Sun reported that in late November, Jessie J attended a London showing of Magic Mike Live. Although she entered the theatre surreptitiously before the show ended, Tatum sought her out in the audience and brought her onstage so that they could slow dance to ‘Thinking Out Loud’ by Ed Sheeran.

According to Cosmopolitan, it looks like they started dating in September. The first hint that they were together hit social media when a crazy golf course employee took to Twitter to report that they’d seen the two celebrities come in for a game together.

“Channing and Jessie’s relationship is very new,” a reported insider said to Entertainment Tonight in October. “They truly just hit it off. It’s only been six months since Channing and Jenna separated…. Channing really likes Jessie.”