Most Brits will agree that there’s little more comforting than a mug of tea, especially now the weather is getting colder.

Now psychologists have proven that tea from a mug really does taste better than when we drink it from a takeaway paper cup.

In Channel 4’s Food Unwrapped, psychologist Charles Spence from the University of Oxford explained that the heaviness of a mug makes us believe that the drink inside is of better quality, as drinks in paper cups tend to come from cheaper, less high end places.

Professor Spence tested the theory that one is tastier than the other by challenging a group of volunteers to try out a beverage from one table marked A and another from a table marked B. 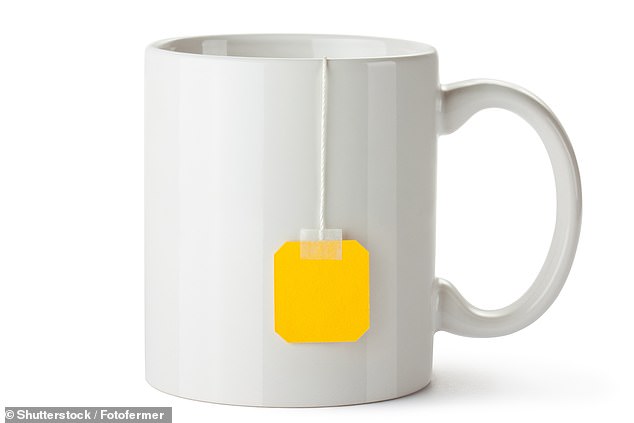 On Monday night’s Food Unwrapped on Channel 4, experts revealed that tea in a mug tastes nicer to us because our brains are trained to think it is nicer than a paper cup (file photo)

All of the volunteers said they preferred the ‘sweeter’ drink A, saying drink B had a ‘bland’ taste.

Professor Spence the revealed that the two teas were the exact same drink; the only difference was that he’d added a 30g weight to the bottom of drink A, the preferred cup.

He explained: ‘What we feel in our hands can have as much influence as what’s in the cup or the mug in determining what we taste.’

The psychologist explained that our minds see weight as a sign of quality and so we always believe mugs of tea are nicer when they come in a heavier container.

He added: ‘People can’t separate the tea from the container, it’s almost as if your brain takes that weight as a sign of quality, which in many categories it is.’

And it seems the preference for tea in a mug is all in our heads as there is no physical evidence that proves a mug of tea is better than a cup. 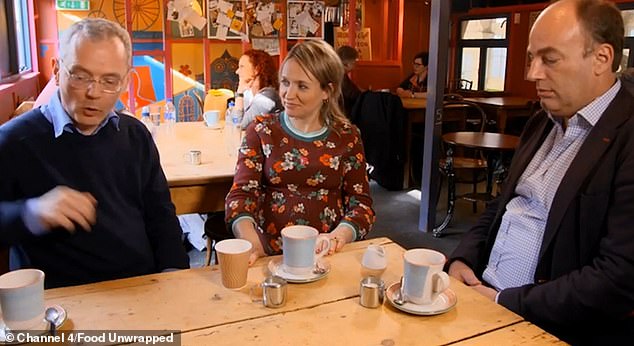 Psychologist Charles Spence from the University of Oxford said the container which our drinks comes in can influence the taste just as much as the drink itself. Pictured left to right: Physicist Stephen Blundell, presenter Kate Quilton and Prof. Spence on Food Unwrapped 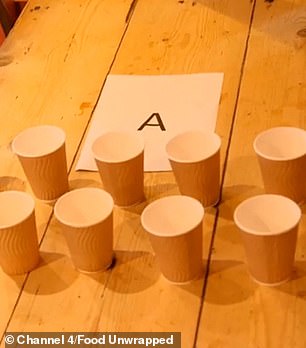 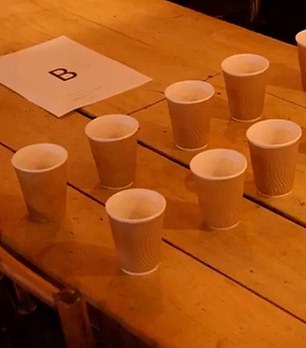 Prof Spence asked a group of volunteers to try a paper cup of tea from table A (left) and table B (right) and they all said drink A tasted nice, before the psychologist revealed they are the exact same drink 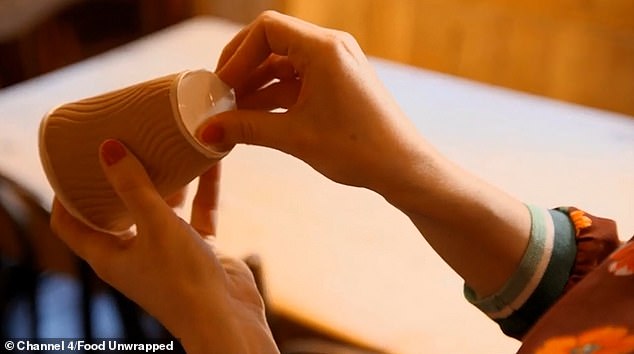 University of Oxford physicist Stephen Blundell put this to the test with a mug and paper cup containing tea from the same brew.

He found that a porcelain mug cools the tea much faster than a paper cup, and so a paper cup should seemingly produce a nicer cup of tea.

He said: ‘This is because the paper cup contains lots of layers with some air gaps so it’s a very good insulator, a little bit like wearing a jumper.’

Presenter Kate Quilton also approached people in the street to ask if they preferred tea in a mug or paper cup and all of them said they liked it better from a mug because it ‘tasted better’.