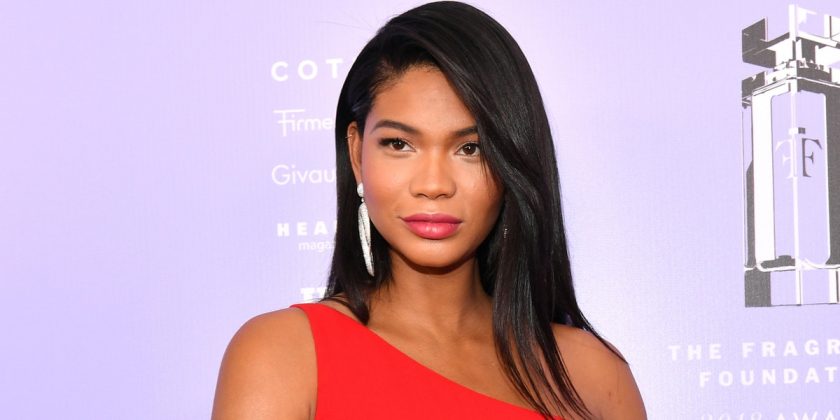 By now you’ve probably heard about the utter dumpster fire that was the Fyre Festival. A promotional commercial for the would-be doomed event featured appearances by a handful of big-name models, and now one of them is sharing her story. During a new interview with People, Chanel Iman opened up about her involvement with Fyre Festival. And even though she never made it to the actual festival itself, she still ended up with some pretty bad memories of Great Exuma.

The "Announcing Fyre Festival" commercial that aired prior to the event promised sand, sun, and a few very famous faces. In addition to Iman, Bella Hadid, Emily Ratajkowski, Kendall Jenner, and Hailey Baldwin all pranced and swam around gleefully in bikinis for the promotional spot, which showcased the supposed fantasy fest that was to take place on Grand Exuma, a "remote and private island" in the Bahamas.

Even while they were filming the commercial, though, not everything was quite as it seemed. For example, there’s a blink-and-you’ll-miss-it moment in the clip where two models approach and feed an adorable little piglet. As it turns out, that little piglet was actually a baby wild boar, and wild boars are definitely not as friendly as they look. 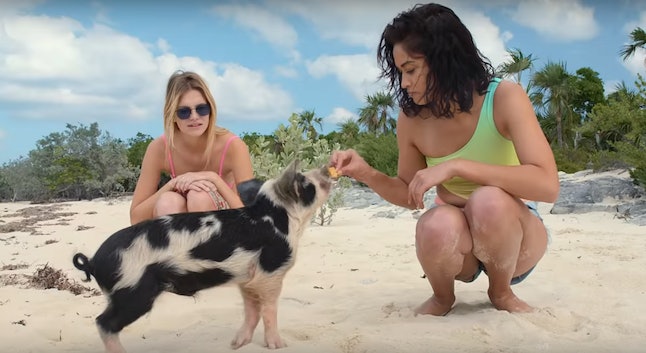 "I don’t like going to that island to see those pigs ’cause they really, really will bite you," Iman recently told People in the exclusive interview. She went on to explain,

Aww, really? Those cute little things are biters? That’s a bummer. Not as much of a bummer as the festival itself turned out to be, but still. Luckily for Iman, though, a chance decision derailed her plans to head back to the island for Fyre, which in turn saved her from ever having to run away from wild boars again.

"I was actually on my way to the Fyre Festival because they had promised the talent that we all could have tickets and villas," she told People. "So my flight was booked to the Fyre Festival. And thank god me and Sterling [Shepard, her husband] didn’t hop on a flight because that was in our plans. We would have been stuck with everyone else."

According to court documents recently obtained by E! News, some of the models in the commercial who promoted the festival through additional channels — including Jenner, Baldwin, Hadid, and Ratajkowski — will reportedly be subpoenaed in regards to the ordeal’s ongoing investigation. (Bustle previously reached out to reps for Jenner, Baldwin, Hadid, and Ratajkowski about the potential subpoenas, but did not receive an immediate response.)

At the moment, it’s unclear whether or not Iman will be subpoenaed as well, but she insisted to People that she and her contemporaries "had no idea what was going to happen. We were all told the same exact thing as everybody else was told."

If Iman and the other models were as unaware as she says, hopefully they won’t be held responsible for the festival’s major fail in any way. Wild boars may be scary, but they’re not nearly as scary as a lawsuit.